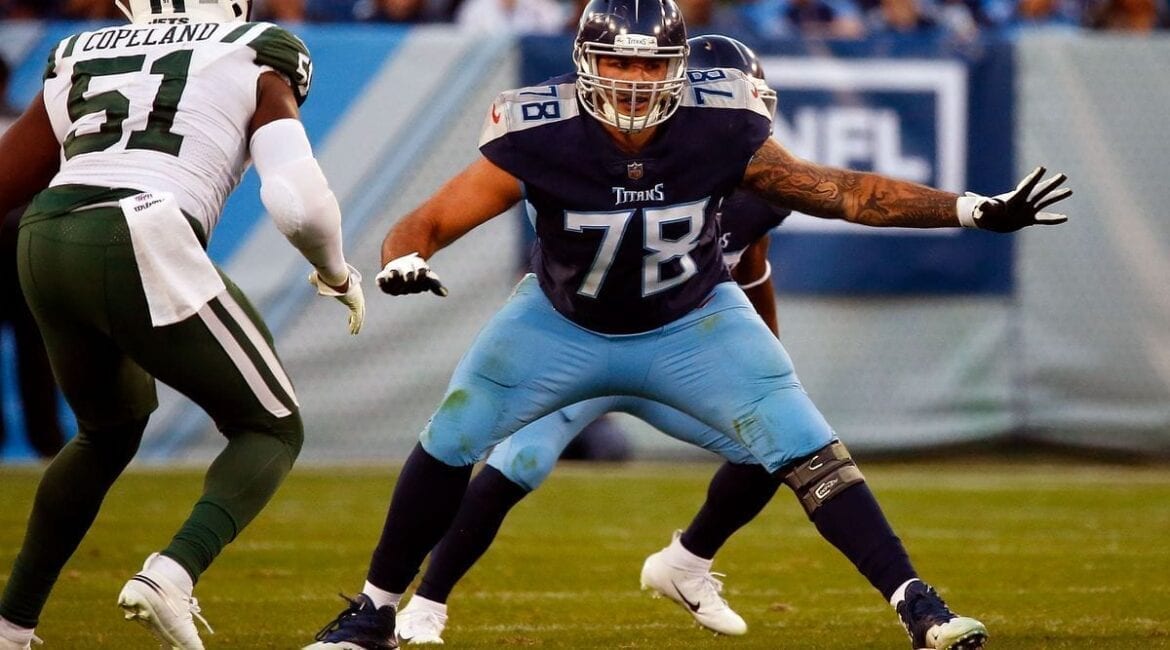 A couple days ago, I kicked off the free agent profile series with one of the top names on the offensive line market — Redskins right guard Brandon Scherff. Today, we stay along the offensive line, kicking it to the outside with Titans right tackle Jack Conklin.

After a season in which their quarterback was pressured on the highest percentage of dropbacks (41.6%) and their lead back averaged the fewest yards before contact per attempt (1.2), offensive line is the top priority for the Jets this offseason. The team will certainly be emphasizing the position heavily in the draft, but picking up a couple of starters through free agency or trade is essential to hold the balance between future and present.

Let’s take a look at what Conklin brings to the table.

Conklin was named a First-Team All-Pro in his 2016 rookie season, joining Zack Martin as the only two offensive linemen in the Super Bowl era (since 1966) to earn that distinction in their first season. Quenton Nelson joined the exclusive club in 2018.

Conklin came right in and helped the Titans make substantial strides on the ground. In 2016, Tennessee ranked third in rushing yards per game (136.7), fourth in yards per rush attempt (4.6), and eighth in rush offense DVOA, substantial leaps from 25th, 20th, and 29th in those respective categories the prior season.

Save for an injury-marred 2018 season, Conklin has consistently graded well at Pro Football Focus. Below are his grades among tackles with at least 450 snaps.

Conklin’s track record of durability is solid overall, but there were some red flags raised in 2018. He started all 53 possible regular season and playoff games in 2016, 2017, and 2019. Following the 2017 season, Conklin underwent ACL surgery after suffering an injury in the playoffs. That held him out of the first three games of 2018. After returning, Conklin played five games before missing one week with a concussion. He came back for four games until a knee injury held him out for the final four weeks.

That was a worrying stretch for Conklin, but he bounced back in 2019 to appear in all 19 of Tennessee’s games and play some of his best football.

Tennessee enjoyed a ton of success running in Conklin’s direction this season. On rushes directed right tackle or right end, the Titans averaged 6.1 yards (second-best behind Baltimore) and picked up a first down 29.8% of the time (fourth-best). That success extended into the playoffs, where the Titans posted incredible numbers of 8.5 yards per attempt and a 35.7% first down rate on runs in that direction over their two victories. Conklin earned the sixth-best PFF grade out of 27 qualified tackles through the first three rounds of the playoffs.

Conklin owns solid numbers in pass protection throughout his career, although he clearly has been more consistent in the run game. That lines up with his skillset coming into the 2016 Draft.

Seen below are Conklin’s career ranks in pass-blocking efficiency (per-snap pressure rate allowed with greater weight to sacks) amongst tackles with at least 200 pass-blocking snaps.

It should also be noted that Conklin has played his entire career primarily with Marcus Mariota and Ryan Tannehill, two quarterbacks who take a lot of sacks and tend to hold the ball far too long. That can make an offensive line look worse than they really are. The Titans allowed the highest sack rate in the NFL in 2019, yet their offensive line was actually playing at a high level and ended up being the driving force behind an AFC Championship run.

Conklin is about average in the penalty department. He has 26 in 62 career games, pace for 6.7 per 16 games. That number would rank as the 35th-most among tackles in 2019.

The Jets do not have anybody up front who is capable of getting out in space and executing on a consistent basis. Here, Conklin (#78) destroys a linebacker to clear the way for a Derrick Henry touchdown, kicking out from the hash to outside the numbers. You would be extremely hard-pressed to find more than maybe a handful of plays in which a Jets lineman showed this type of range over the past couple of years.

If the player in question is an offensive linemen, is below 30 years old, and has a track record of quality play, then the Jets should be making the highest bid for them. Conklin brings tenacity and versatility in the run game the Jets have sorely lacked. He should be a premier target, just like Scherff.

First Half Grades,Wr Jalin Marshall Ready For Return To Jets,The We Should Tank The Season And Thats Okay Blog,Jets Bills Previewing The Canadian Clash,We Interrupt This Delay,On First Rodeo Jets Rookie Rb Soaking It All In,Darnolds Progressing Just Not As Quickly As Jets Hoped,Jets Hire John Idzik As New Gm,Rex Ryan All Of Them Will Play,Jets Hang On To Beat Eagles 16 10 In Preseason Finale