Jets hang on to beat Eagles 16-10 in Preseason Finale 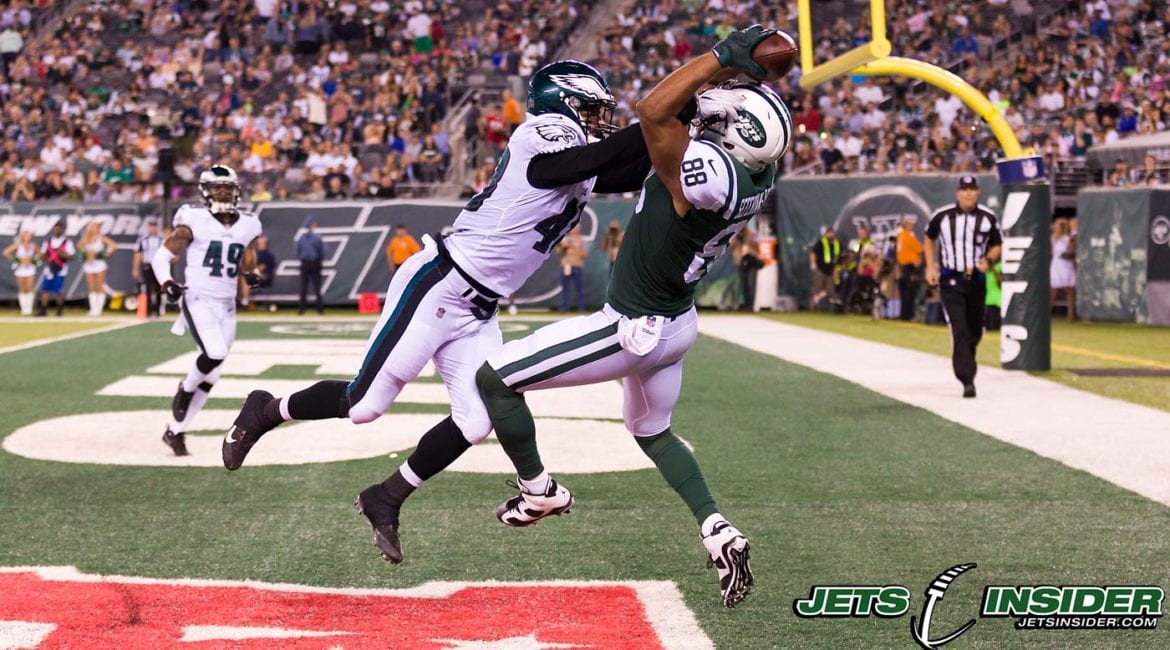 EAST RUTHERFORD, NJ –   In a defensive battle that saw little offensive action from both teams, the New York Jets etched out a 16-10 victory over the Philadelphia Eagles in the preseason finale for both squads. With the Jets win, both teams finish their respective preseason games at 2-2.

In one of the most eyebrow-raising moves to date, Todd Bowles opted to start his entire #1 Offense and Defense to start the meaningless fourth preseason game. It was a move that surprised most, as Josh McCown went under center for the first two series. The move by Bowles showed to be costly as McCown was hit hard by a blitzing linebacker and had to leave the game for some time. McCown was able to come back, however, and finished the second series for New York which resulted in a field goal for the Jets.

McCown finished the day 6/8 passing for 57 yards against the third string defense that the Eagles brought out. By no means was this a solid day for the Jets offense as they struggled to move the ball against the Eagle backups.

Bryce Petty did not see any playing time in the game but Cristian Hackenberg played the entirety of the game once McCown had left. Hackenberg went 10/22 passing for 105 yards and the lone Jets Touchdown to Austin Seferian-Jenkins. The pass was a thing of beauty in the corner of the endzone as Seferian-Jenkins made a great catch to give the Jets the early 10-3 lead in the second quarter.

The drive highlighted the playmaking ability of Running back Elijah McGuire, who ran for 56 yards on only five carries including a 34-yard run which set up the Hackenberg TD.

Hackenberg later spoke to the media on his overall play tonight.

“It’s always good to get as many reps as I did. I think it definitely helped. I feel I learned a lot and its definitely a good starting point.”

The Jets defense would continue to stop Matt McGloin and the Eagles offense throughout the 1st half as New York took a 13-3 lead into the halftime break.

The Eagles would eventually make a late comeback after a Jets fumble with under two minutes to go, but the Jets defense was able to preserve the victory on a goal line stand.

The win showcased the young potential a lot of these Jets have, while it showed that others just do not have what it takes to make it in the NFL. Here are the three main takeaways from tonight’s battle: