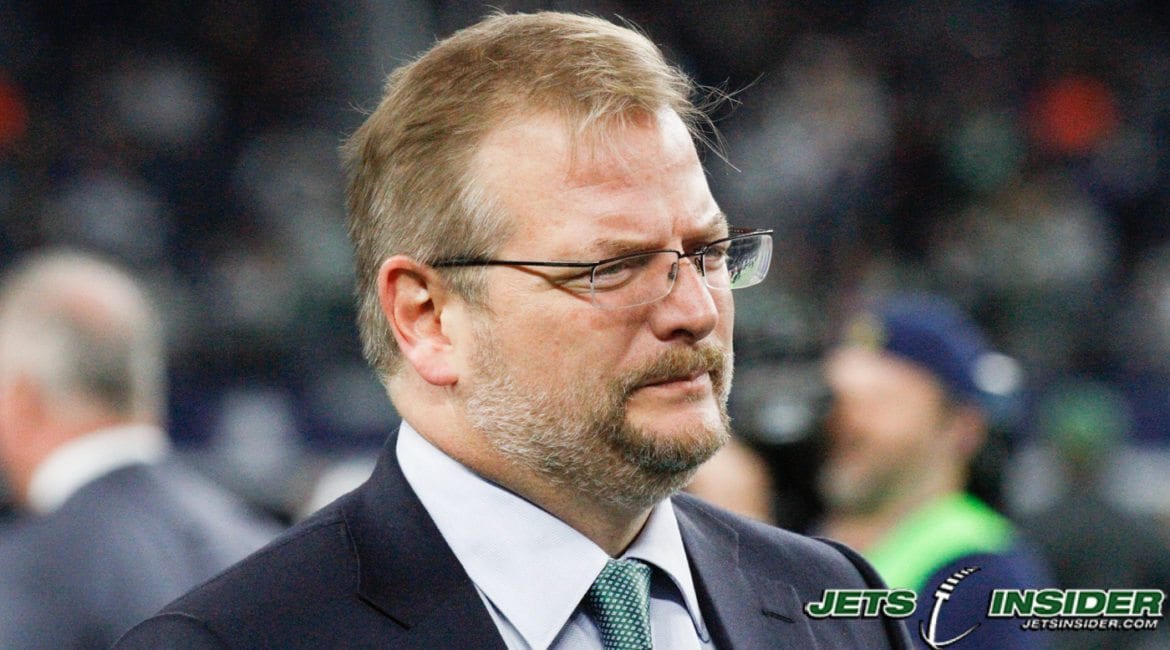 Time to grade the Jets draft class of 2019. It was a highly anticipated class, and Mike Maccagnan’s fifth since he arrived at Florham Park, NJ. Who would he choose? How would he handle each of the team’s six picks? Here they are to remind everyone, with a link to our write up of each player:

Instead of grading the class by each pick, I am going to grade each day collectively. That way, I give a view of the player as well as the overall vision of the day. Where was Maccagnan going with the picks? What do we think he had in mind? Let’s get to it.

This decision didn’t take too long to make. In some circles, the Jets took the best player in the draft with the number three pick. Quinnen Williams is going to make an impact from day one, both with his one play and the way he will impact his teammates. He can bring the pressure up the middle, give the guys around him opportunities, and even move around the line.

Williams will cause matchup nightmares for the Jets’ opponents. 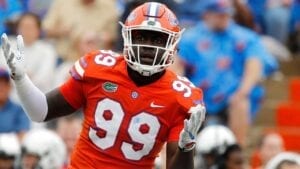 I loved the way Maccagnan went with these picks in terms of the direction. He drafted an edge rusher and finally drafted an offensive lineman in the first two days of the draft.

Of the two, the safer bet may be Chuma Edoga. He started for two years at right tackle, and Player Profiler compares Edoga to seven-time Pro Bowler Marshal Yanda. Edoga may not be ready to start in 2019, but they may have found a long term solution along the line.

Polite is a bit of a boom or bust pick. Some believe his pass rushing skills were one of if not the best in this draft class. That obviously would make him a steal for the ages in the third round.

However, he doesn’t come without risk. Matt Miller of Stick to Football reported about maturity issues during his time at Florida. There were no arrests, but any character concern can be, well, a concern. He also tested very poorly at the NFL Combine. It’s not without at least some cause that Polite saw his draft stock fall.

The raw ability keeps the grade high, but this day’s grade could fluctuate heavily as the years go by.

The pick that made the most sense, although a limited amount at best, was Trevon Wesco. He comes to the Jets as an adept blocker and with the potential to develop as a receiver. After all, the Jets did need a tight end to go along with Christopher Herndon. I would have preferred an attempt at a tight end more known as a pass catcher, but I see the vision here.

Blake Cashman has talent, but it’s not as if the Jets were hurting at the position of inside linebacker. I get the idea of looking for talent wherever it comes from, but this late in the draft I would like to see shots at somewhere there is some need, like a Joe Jackson out of Miami on the edge, for instance.

Cashman also came off of some injury trouble at this end of his college career which should always raise an eyebrow.

Blessuan Austin raises some problems. Yes he was regarded highly at Rutgers, when he was on the field. He is coming off of two years where he played in only five games total, thanks to two ACL surgeries. We all know how it has worked out of late when we have drafted cornerbacks injured in college.

Dee Milliner’s name still makes all of us very sad.

Maybe Maccagnan could have taken a shot on someone to help out Sam Darnold?

This grade may come off as a bit harsh, but the third day really brought it down. It’s almost as if the focus was off after Friday night. The picks became much more risky on draft Saturday and were more like the old Maccagnan.

Over the first two days of the draft, he did the best he could with the picks that he had. Maccagnan tried to trade down from number three, including when the Jets were on the clock, but no offer was good enough. With a weak quarterback class it was the wrong year to hold the number three pick if you were looking to move it.

On day two, they just didn’t have enough ammunition to move back up to round two.

These can and likely will change, but this is where we are at for now.