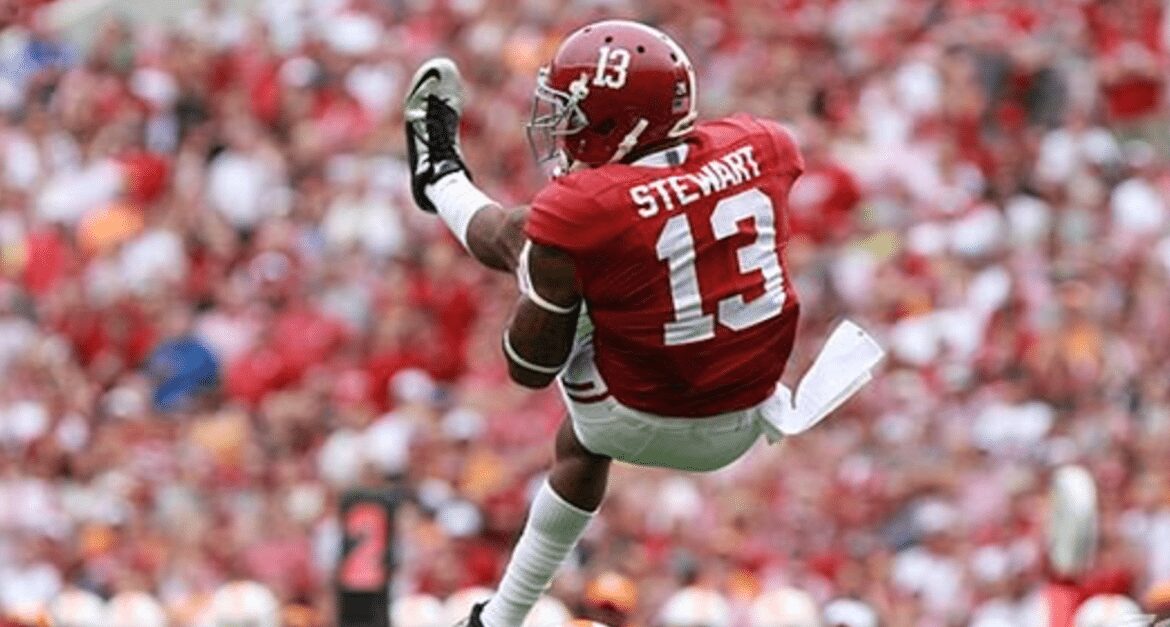 FLORHAM PARK, NJ – The Jets streak of drafting safeties stopped at two, but they extended the streak of SEC players to three with the selection of Alabama receiver ArDarius Stewart. After trading down from the 70th overall pick to the 79th pick, and picking up an extra fifth-round pick in the process, the Jets scooped up the 5’11” 204 lbs receiver.

Stewart is as physical of a receiver as you’ll see, very strong and aggressive hands to brush off press coverage and is an excellent blocker. He has good ball skills, incredibly reliable hands and excellent body control as well as tracking ability. However, he did most of his damage on screens and reverses and will certainly need to spend a lot of time working on his footwork and developing his route tree. Mike Maccagnan must think Stewart was held back by the limitations of the Alabama passing game and that could definitely be the case, but he’s already 23-years-old so it will be interesting to see how much more developing he has in him.

But like the Jets first two picks, Jamal Adams and Marcus Maye, Stewart is another alpha dog, a leader on and off the field and and plays all out on every play. Stewart excels after the catch with the ball in his hand as most of his yardage came after the catch. Stewart also has kick return ability and will likely compete for that job from Day One.

Stewart ran a 4.49 40 at the combine with a 34″ vert and a 124″ broad jump, he’s just going to have to work on developing as a route-runner in order to become a consistent weapon on offense for the Jets. assuming Eric Decker stay on the team this season Stewart would be wise to shadow the veteran receiver and study the sharpness coming in-and-out of breaks and the technical aspects of running crisp, clean routes.