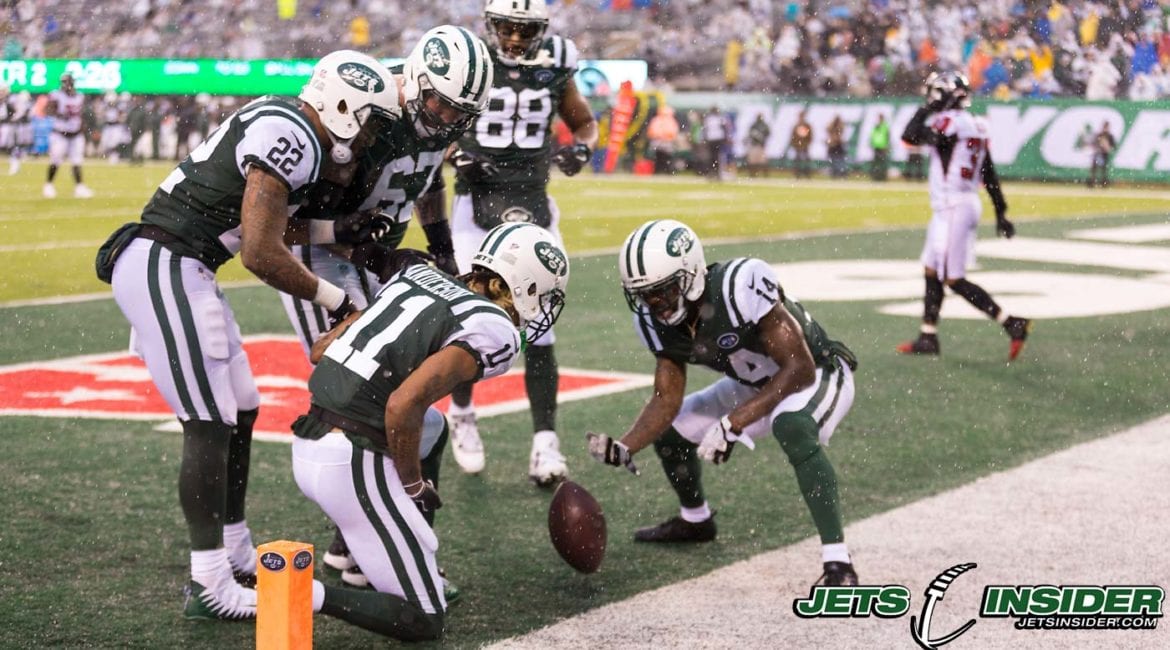 If you ask Steve McLendon what the issue was with the New York Jets last season, he’ll say: “The ball just didn’t fall in our court.” There weren’t any cancerous egos but there was a bad taste of losing in that locker room. That’s something he won’t forget. It’s also something that this current Jets roster won’t stand for.

“We love to win and hate losing,” McLendon said. “The difference from last year to this year, is that guys do not want to lose. Guys are always playing extremely hard.”

The tone of McLendon’s voice when the words: “Do not want to lose” were stated was serious. It was almost if he put a period after each one of those words: “Do. Not. Want. To. Lose.” A simple quote in an article doesn’t do true justice.

Things cannot be more different when you compare last season to this season for the Jets, and that’s a bright sign of things to come. Consider it a complete 180-degree turn. It couldn’t be more important for an organization, renowned for a circus-like atmosphere, to instill a unifying belief in-house. Once that happens, the rest will fall in place.

“We’re in a great place just because Coach [Todd] Bowles laid out an environment where we come in and compete, we work hard,” veteran quarterback Josh McCown said. “Really it started way back in the offseason, but he just did things to help shape and cast a vision for us to hold that standard, and really and truly watch the vets on this team come together and establish that.”

The Jets entered this season as one of the youngest and most inexperienced groups in the NFL. After releasing mainstays Nick Mangold, David Harris, Darrelle Revis, Eric Decker and Brandon Marshall (plus many more), the team had a vision to move on from the status quo, take the next step and rebrand the franchise. They’ve lived in the shadow of the class-of-the-league New York Giants far too long. While the Giants were considered New York’s premier organization, the ones who played the right way, the classy, elegant folk, the Jets lived as the ugly step sister who did everything wrong.

Not anymore. The Big Apple has turned. The culture shock is real. You won’t ever see Robby Anderson crawling like a dog and lifting his leg. That’s the difference.

“Just these guys coming together, saying, ‘This is how we want it to be, and then let’s hold everybody to those things,’ and so that’s been really good. I think it’s a good environment right now for us,” McCown added.

It starts from the top, sure. Credit general manager Mike Maccagnan for weeding out the cancer by wheeling and dealing the old veterans and replaced them with strong-character men like McCown and Jermaine Kearse. Maccagnan also kept Matt Forte around – who is perfect for Bilal Powell and rookie Elijah McGuire – despite taking playing time away from the two younger running backs, and brought back respected veterans Jeremy Kerley and Demario Davis.

If you noticed, this team loves being on the field together. The dancing and the helmet slapping after a big play are small examples of evidence. It’s a collective effort on a weekly basis. They lock arms during the national anthem and on the field. They are one.

“They love being around each other and love playing together,” Bowles said. “So, you have that kind of chance to win if you have those kind of things around you. We still have some ways to go and we take some bumps in the road, but those guys stick together. You still have to execute.”

There are five words mounted in the ring on the locker room ceiling at the Atlantic Health Jets Training Facility: Toughness, Discipline, Determination, Accountability and Teamwork. It serves as a reminder for each one of these players as to why they are playing the game. This year’s Jets show toughness and determination every week. While the discipline on the field seems to be a constant battle with the referees, the players show signs of accountability and teamwork once kickoff occurs.

“A lot of guys have pride on this team, that started in the spring,” Bowles said. “You can’t just preach it, you’ve got to teach it. We work on leadership everyday.”

***
Joe Barone is a staff writer for JetsInsider.com. He can be reached on Twitter (@28Joebarone) or via email (joebarone28@gmail.com).