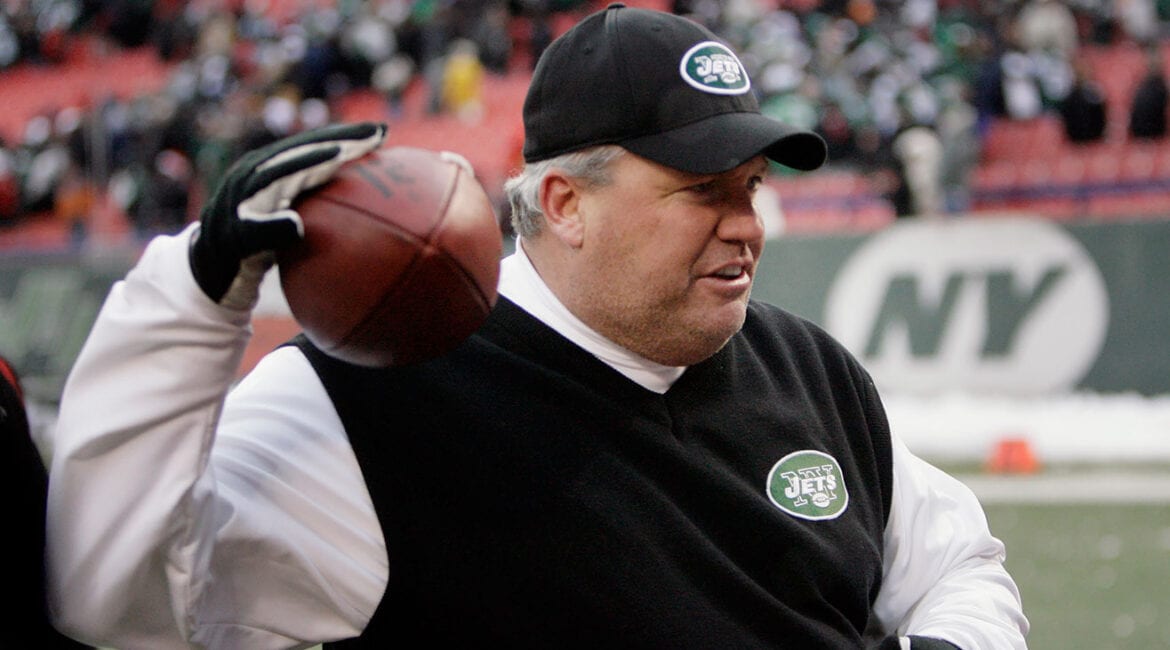 Rex Ryan took the New York Jets to the field with a bravado this team has never seen before or since.

Last time the New York Jets faced the Patriots, we looked back at the divisional playoff game when the team pulled the major upset. Let’s get to the second game of the year. Where do we go? 2009, week two, that’s where.

Eric Mangini was long gone and in his place was the new sheriff, Rex Ryan. Coming off of his tenure as the defensive coordinator for the Baltimore Ravens, he came to town and wasn’t shy about telling the world what he was going to do. He wasn’t here to “kiss Belichick’s rings”. Bold stuff. His first chance to show it was week two of the 2009 season. The Patriots were coming into town and the Jets were ready.

Giants Stadium was packed to the top with 78,312 screaming Jets fans who were ready to see an upset. The sound was deafening with the chants of “J-E-T-S JETS JETS JETS!!” Off to the game we went.

The first half was a battle of field goals. The Jets won the toss but deferred to the second half. The Patriots got on the scoreboard first after forcing a turnover. On a first down play at the 8:47 mark, Leon Washington fumbled, recovered by Leigh Bodden at the Jets 17. However, the Jets defense stiffened up and forced a 45 yard field goal from Stephen Gostkowski.

Early in the second quarter, a drive that started on the Patriots 40 ended with a second Gostkowski field goal, this time from 25 yards out. A Jay Feely 33 yarder made it 6-3, but a third field goal by Gostkowski late in the quarter made the halftime score 9-3 in favor of New England.

Little did anyone know that the Patriots had scored their last points of the afternoon.

The Jets went ahead to stay early in the third quarter. A Washington return of the opening kickoff started the Jets at their own 44 to open the half. On the very next play, Mark Sanchez hit Jerricho Cotchery for 45 yards to set them up at the Patriots 11 yard line. Two plays later, Sanchez hit Dustin Killer with a nine yard touchdown pass to put the Jets up 10-9. Two more Jay Feely field goals made the final score 16-9.

What an afternoon for the Jets.