Jets end draft with lots of trades and lots of players 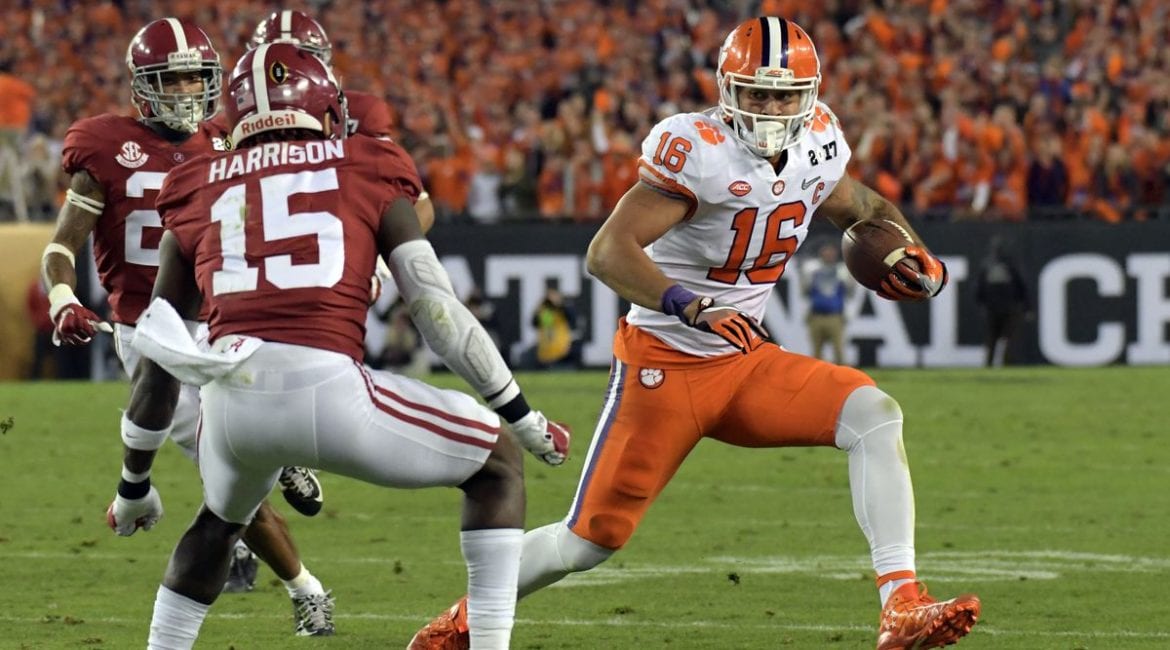 PHILADELPHIA – Jets GM Mike Maccagnan sat put for his first three picks, then he put on his trading hat. Maccagnan traded down four different times in this draft, the most ever in Jets franchise history. The Jets started this draft with seven picks and left with nine players and the Cowboys fifth-round pick in next year’s draft.

After kicking off the draft by taking two safeties and a receiver Maccagnan picked up another receiver, finally acknowledged the tight end position as well as the need for a pass rusher, a versatile running back and closed it up doubling up on the secondary again, this time with two corners.

With their first pick of the day the Jets took wide receiver Chad Hansen from Cal with the 35th pick in the fourth-round. Hansen is 6’2″ 202 lbs and admittedly I’ve didn’t watch him all that much. From what people are saying he sounds similar to ArDarius Stewart who the Jets took yesterday. Reportedly Hansen  is good after the catch, plays physical and can track the ball in the air well, but like Stewart he has a limited route tree and will need a lot of work on cleaning up his routes and creating separation. There’s already been a lot of speculation that drafting two receivers could mean the Jets will look to move on from Eric Decker, and there’s good reason for that speculation, but to be able to play with, and learn from, such an outstanding technician of a route-runner like Decker would greatly benefit both rookies.

In the fifth-round Maccagnan decided to finally acknowledge the tight end position and Jordan Leggett from Clemson. It was good value as Leggett would have likely gone higher in most other years but this year’s tight end class was so deep it knocked a few guys back. Leggett never lived up to his full potential in college, and what will surely disappoint fans has admitted he has been “lazy” at times in the past, but he has shown to rise to the occasion in big games including some clutch catches in the National Championship game against Alabama. Leggett is a big boy (6’6″ 258 lbs) who can move and make plays. Leggett was a constant threat to make plays up the seam for Clemson, even if he didn’t produce as consistently as you’d hope. He can get pushed around in his routes more than you’d expect for a guy his size, definitely needs to clean up his route-running and isn’t going to be much help blocking, but he is sure-handed, quick feet and the potential to develop into a reliable weapon in the passing game.

With their second pick in the fifth the Jets took defensive end (designated pass rusher/special teamer) Dylan Donahue from West Georgia. Donahue has 13 and a half sacks last year (67 total tackles, 20 for a loss), but he is already 25-years-old and did it against other Division II competition. Again I have not watched a single snap of him play, but people are saying his has some pass rushing ability, good flexibility and bend and an excellent motor. Donahue should be able to contribute on special teams immediately and the Jets hope he can develop into a quality pass-rusher off the edge.

With the first of their three sixth-round picks the Jets drafted running back Elijah McGuire from the University of Louisiana Laffayette. I really like this pick, was a big fan of his potential when I watched him. He’s an excellent runner with stop-and-go quickness and good burst when he hits the hole. He has a good feel for creases in the defense and is an excellent receiver out of the backfield or lined up in the slot. He’s not the most physical back and will certainly need to improve his pass protection if he ever wants to become a three-down back but he has play-making ability and can be a very nice weapon for the Jets offense.

With their final two picks the Jets took two corners in the sixth-round, first taking Jeremy Clark from Michigan then closing out the draft with Derrick Jones from Ole Miss. Clark most likely would’ve gone much higher, but he tore his ACL towards the beginning of the season and Maccagnan clearly continued to follow the Seattle blueprint on building a secondary as Clark, at 6’3″ 220 lbs, is a big corner. Clark is a physical-press corner with excellent length, good ball skills and good coverage ability. His size takes hurts him in tight spaces, but he fits the mold of a Todd Bowles corner. There was some speculation that because of his size he could be moved to safety in the NFL but the Jets have every intention of keeping him at corner.

Derrick Jones was the Jets final pick, the 6’2″ 188 lbs corner from Ole Miss, has experience as a receiver as well as at corner and that experience is likely the reason why he has such good ball skills. His thin frame doesn’t fit the ideal mold of a Bowles-like corner and he is far from a reliable tackler but the Jets saw enough talent to work with to hope that they can bulk him up and he can develop into a solid corner who will likely only contribute on special teams at first.