Jets Injuries Are Piling Up, Powell To IR 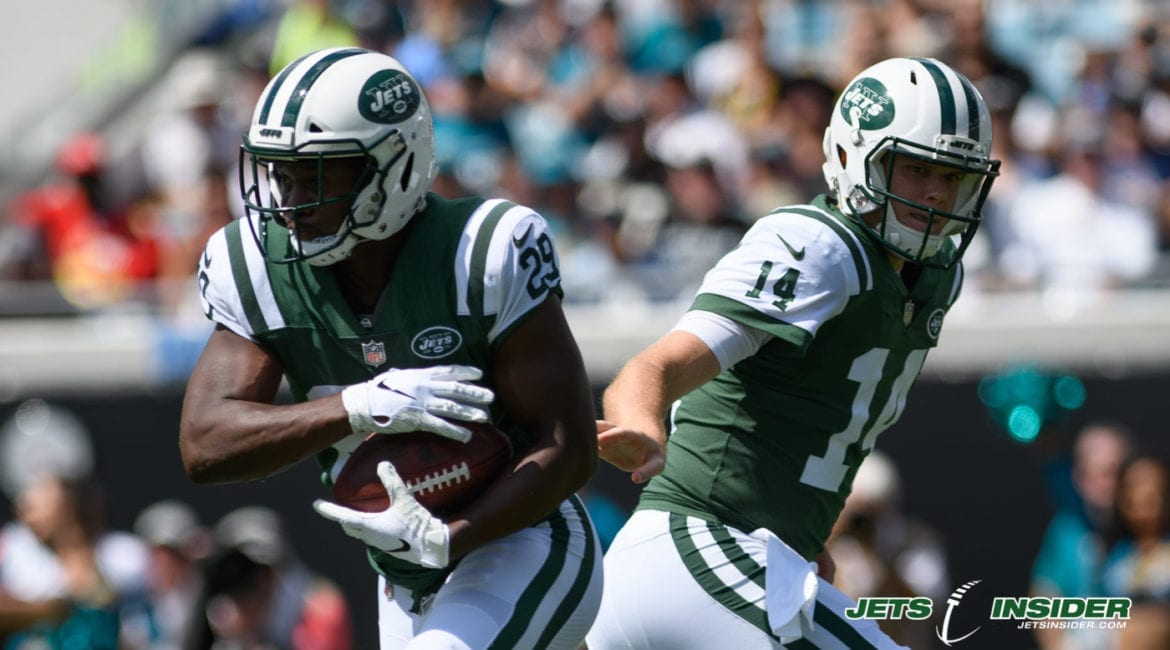 Florham Park, NJ – In every NFL season, teams are always going to suffer their fair share of injuries. Injuries are probably the number one reason a team’s chance of holding the Lombardi Trophy at the end of the season are diminished, but some teams are able to overcome that problem with strong performances from their second and third-string players. It is not even mid-way through the season and the New York Jets are starting to see the impact of losing key players to injuries. Let’s take a look at the injuries the Jets have suffered from, the impact to the team and the players who are expected to step up and fill the void.

Skrine is currently suffering from a head injury and needs to clear concussion protocol to play. As the nickel cornerback for the Jets, he is responsible for covering slot receivers. He is known for his toughness and physical play on the field not to mention the notorious amount of penalties he takes. Skrine has played five games this season and has accumulated 19 tackles, three pass defends and a force fumble. His replacement has been rookie Parry Nickerson, a sixth-round pick from Tulane University. From day one it was obvious that Nickerson would embrace the role of being a nickel cornerback due to his size but so far, Nickerson has played like a rookie who needs to mature. He is not physical on the line, trails wide receivers and doesn’t play tight on them. He plays a competitive game but needs to track wide receivers better and step in front of them to defend the pass. Nickerson has notched 18 tackles and one pass defended so far this season. The Bears current slot receiver is Anthony Miller, who is also a rookie, and he was been targeted seven times last week so Nickerson will have a big test on Sunday if Mitch Trubisky continues to throw to him.

Johnson is suffering from a quadricep injury and has missed the last three games. He was the biggest free agent acquisition signed by the Jets in the off season giving Morris Claiborne a reliable partner at the cornerback position. In games played with the Jets so this season, Johnson has been a positive influence on the field breaking up long passes and shadowing opposing wide receivers. He has made 11 tackles, two pass defends, one interception, and a forced fumble. The Jets are 2-1 since he has been out and his replacement Darryl Roberts has been a solid backup. Initially used in a depth role, Roberts has been a solid cornerback and now expected to do the same as a starter. In last Sunday’s game against Minnesota, Roberts led the team in tackles and shut down receiver Stefon Diggs. On the Vikings opening drive, Adam Thielen beat him with a great catch for a 34 yard touchdown but he was playing all over Thielen. Afterwards, Roberts was able to limit Diggs to eight catches and 33 yards. It looks like Roberts will get another start against the Bears and if he can play like he did last week, he should be a positive factor contributing to the Jets secondary.

Maye has been dealing with injuries for most of the season. Currently, he has a thumb injury with a cast on his hand and will miss at least the next two weeks. He’s seen action in three games this season and appears to be his old self. On plays that involve Jamal Adams blitzing, Maye will drop back and help in pass coverage. He’s made 17 tackles, a forced fumble, and an interception which he returned for 104 yards. While he’s been out, Doug Middleton has been asked to step up.  Middleton has done well and like Maye, drops back into pass coverage. He has 23 tackles and three pass defends but unfortunately he will be out the rest of the season with a torn pectoral. Terrence Brooks, the third string cornerback will now take his place. Brooks played in 15 games for the Jets last season and had two interceptions. This season he has one pass defend and four tackles on the year.

Enunwa missed all of the 2017 with a neck injury and the thought of his return this season gave Jets fans something to be excited about. Early in the season, it was obvious that Sam Darnold and Enunwa had chemistry.  He became Darnold’s favorite target and someone that Darnold felt comfortable throwing to as he eased his way into the NFL. Enunwa leads the Jets wide receivers in targets (42) and receptions (22). He was diagnosed with a high-ankle sprain and will miss a few more weeks of the season. On Monday, the Jets signed Rishard Matthews to fill Enunwa’s spot on the roster. Matthews has been in the NFL since 2012 and was formerly a member of the Tennessee Titans and the Miami Dolphins. Three games into the season he requested a release from the Titans due to lack of playing time. By bringing some experience into the locker room, he is in a perfect situation to help a rookie quarterback who lost his number one target. He has only had three catches for 11 yards this season.

It is safe to say that fans were surprised by the release of Terrelle Pryor. Pryor was dealing with a groin injury that was going to take him out of action for at least two weeks. With a wide receiver core depleting, the Jets cut him to add Deontay Burnett from the practice squad. Pryor used his 6’6″ height to his advantage. He was a go to receiver for Darnold on corner routes in the end zone and with his height, was able to make Darnold look good by catching passes that were overthrown. As his replacement, Burnett is a familiar face for Darnold as the two played together at USC the past two years. He was one of Darnold’s favorite targets and if the two could rekindle the chemistry, the Jets may get a great one-two punch. Burnett caught one pass for nine yards in last Sunday’s game.

Charone Peake and Andre Roberts were also active as receivers. Roberts main role on the team is the special teams returner, while Peake is a more of specialist on special teams. There was no question that Darnold had little to no chemistry with them, overthrowing Roberts several times and only completing two out of six passes. Peake was targeted once which ended up with the ball coming off his hands and landing into the hands of Vikings cornerback Trae Waynes. The Jets wide receivers will need to step up bigtime against the Bears whose rushing defense has forced teams to play through the air.

Powell is the longest tenured Jets player and will miss the rest of the season with a neck injury. Powell has rushed for 343 yards and has started all seven games this season. Isaiah Crowell has been playing with a foot injury but will take over the starting role forcing rookie Trenton Cannon to fill Bilal’s shoes until Elijah McGuire is eligible to return in week nine. After a terrific preseason, Cannon has not seen a lot of action during the regular season and the most playing time he has was last week after the injury to Powell. He had two rushes for a total of four yards and caught four out of five passes for 69 yards, including a 35 yard catch. Cannon will definitely be a solid target for passes out of the backfield and when quick check down passes are needed because of defensive pressure. Currently there are only two active running backs on the roster but it is always possible that could change before Sunday’s game.  I hear Le’Veon Bell is looking for work!

No Offense No Chance,Rumor Roundup May 6,Jets Retain Sutton Add Four Assistants,T Bo,Washington Field Goals Enough To Beat Jets 15 13,With Jenkins Out The Door Who Will Step In,Wake Up Call For The Sanchez Apologist,Preview Jetspatriots,Woody Addresses The Media,Training Camp Day 9 Update