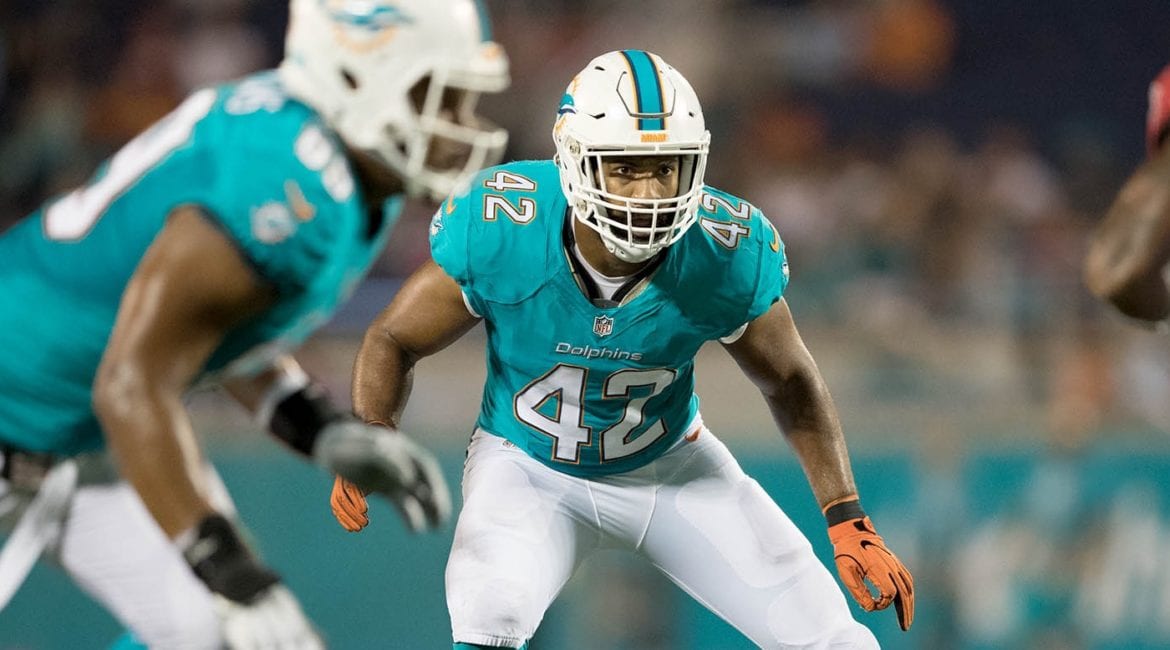 It didn’t take long for Gang Green to add depth to the linebacker position. Two days after the release of longtime linebacker, David Harris, the Jets announced the signing of linebacker Spencer Paysinger.

For depth at LB after releasing David Harris, the #Jets signed LB Spencer Paysinger, who spent 4 years with the #Giants.

We have signed LB Spencer Paysinger.

Paysinger is going into his seventh year in the NFL. He was an undrafted free agent out of Oregon and was signed by the New York Giants in 2011. He started 14 games in his four-year stint with the Giants and was a part of New York’s Super Bowl XLVI team in 2012.

He was signed by the Dolphins in 2015 and played there for two seasons. Last year, Paysinger was very solid as a coverage linebacker allowing only 7.4 yards per reception, second best amongst linebackers.

In his seven-year career, Paysinger played in 91 games with 17 starts. He has made 157 tackles on defense and does have experience on special teams totaling 70 tackles.

The signing of Paysinger was to add depth to a linebacking core that did not have a lot of talent following the release of David Harris. Harris’ release saved up $6.5 million in cap space, and while the contract details for Paysinger have not been announced, it figures to be significantly less than Harris.

With the release of Harris and signing of Paysinger, the Jets will go into next season with one of the highest amounts of cap space in the NFL. After the 2017 season, the New York Jets will have $73 million in cap space to look to rebuild their talentless roster.

The contract details for Paysinger will be announced at a later time.