JetsInsider.com > News > Blogs > Joe Douglas is Ready to Roll Up His Sleeves and Collaborate

Joe Douglas is Ready to Roll Up His Sleeves and Collaborate 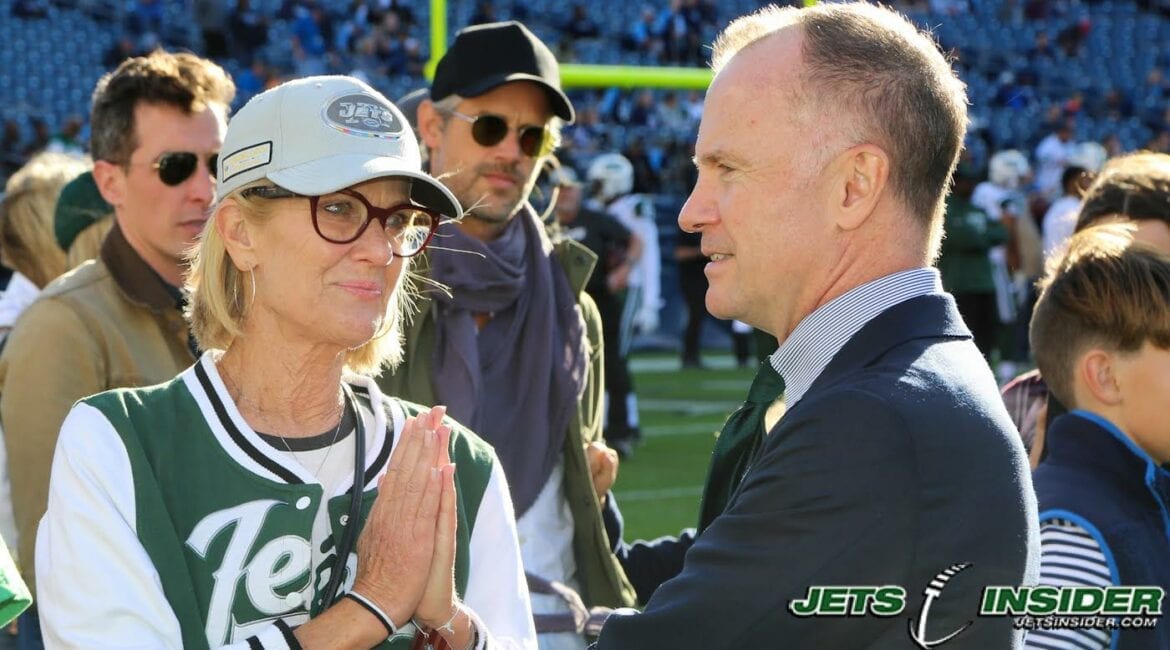 Florham Park, NJ – The Jets held an introductory press conference for their new General Manager, Joe Douglas, who made sure to let everyone in attendance now that he’s ready to go to work. These press conference always consist of a lot of buzzwords being repeated over and over again and today those words were; collaborate, communication, transparency and the rolling up of sleeves and getting to work.

Both Christopher Johnson and Adam Gase mentioned what a skilled collaborator Douglas is, how he’s able to bridge the gap between different factions of the front office and get everyone on the same page. They talked about his ability to communicate, to be transparent so everyone always knew where they stood and what was expected from them. All of this is important if the Jets are going to have a successfully functioning front office, all of the pieces need to work as a cohesive unit, much like an offensive line needs to work in concert with each other, and work towards the same goal. This has not been the case with the Jets in the recent past and it’s a positive sign that everyone finally seems to recognize that this needed changing.

All of this explains why it was nearly impossible to find someone within the NFL world that had a single bad thing to say about Douglas. He is respected by everyone, not just because he’s a nice guy and a good communicator, that’s not enough to get you one of only 32 NFL GM jobs, but all of that combined with his ability to evaluate talent most certainly is enough.

“His ability to evaluate talent, his ability to communicate, how he communicates with coaches, personnel, people around the organization,” Gase said. “I’ve seen it firsthand, I saw how close he was with so many people in Chicago (and), he wasn’t even there that long. You’d hear people talk about him like he had been there 10 years and his evaluation skills are unbelievable. Coaches, our staff, guys that have worked with him in the past would always say, ‘Joe says he’s a good player, believe him because he nows what he’s doing.’ And coaches trust him, you don’t hear the squabbles.”

Gase clearly didn’t trust the previous GM, but he definitely trusts Douglas. Gase said he tried to help aid Christopher Johnson, football-wise, in the search for a new GM but reiterated that this decision was completely Johnson’s decision. It sounds lie it was a relatively easy decision for Johnson as he desperately wanted a GM that he felt confident could work together well with the head coach and the rest of the staff, heard nothing but glowing recommendations about Douglas from everyone and was impressed by the man himself when they talked and apparently the feeling was mutual.

Douglas said he wouldn’t be here if he wasn’t comfortable with the ownership situation and in fact he was very impressed with Johnson throughout the entire process. It’s easy to dismiss this as him simply talking up the guy who just gave him the biggest paycheck of his life, but Douglas knows he was at the top of many wish lists, he knows he would have had plenty of other opportunities if he waited so he was only going to accept the position if he was comfortable with everything, including or should we say especially the quarterback.

Douglas confirmed that the presence of Sam Darnold was a huge draw for him. To be able to come in and now that they have a great young quarterback to build around was the best case scenario and just like how Philadelphia upped their sense of urgency to build around Carson Wentz, Douglas plans to do the same around Darnold and not just because of the roomie contract.

“I think once you now you have the right guy (then), let’s go right now,” Douglas said. “I feel like that confidence is here right now.”

Now that Douglas knows he has the most important position in place he will look to build up both lines, offense and defense, then comes the explosive and dynamic playmakers. That strategy combined with the focus on evaluation and communication is the exact recipe for success.

“And finally, to Jets Nation,” Douglas said. “You’re getting a general manager that is a relentless worker, someone that understands a winning culture, someone that is going to strive to put a product on the field each Sunday that competes for greatness and that I hope can make you proud.”