JetsInsider.com > News > Blogs > Kevin Mawae to be enshrined in Jets Ring of Honor

Kevin Mawae to be enshrined in Jets Ring of Honor 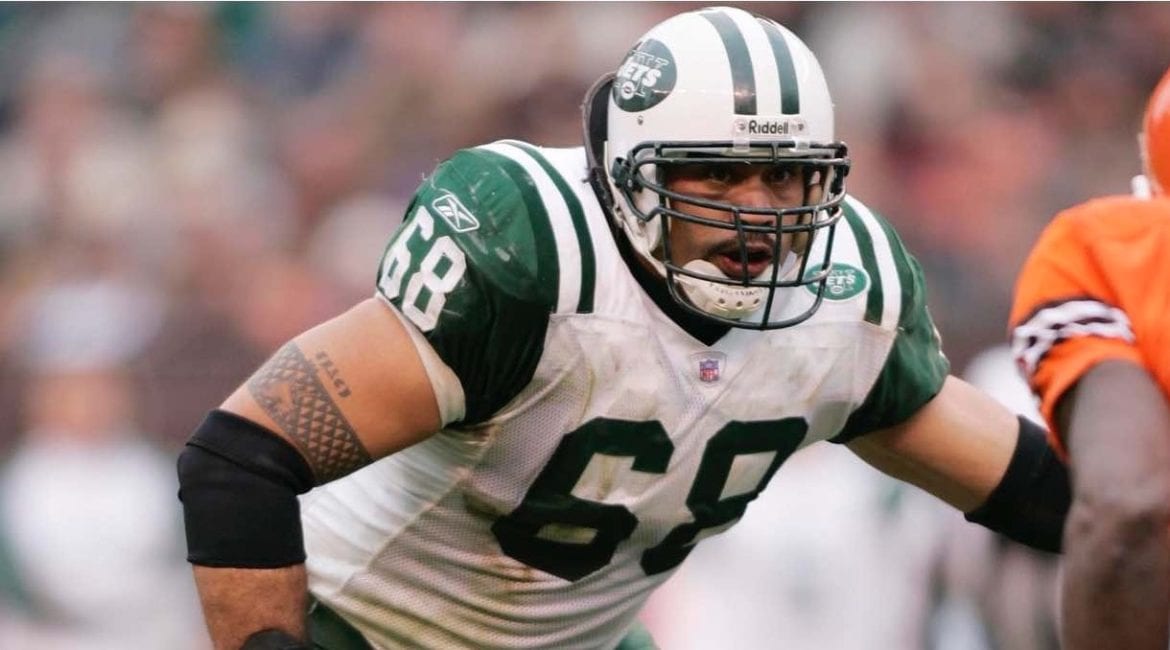 Before there was Nick Mangold, there was Kevin Mawae.

From 1998 to 2004, Mawae was a mainstay in green and white. For 118 consecutive games, Mawae lined up against some of the best, while being one of the best at his job.

On October 1, 2017 against the Jacksonville Jaguars, Mawae will etch his place in Jets history along some of the greats. In a halftime ceremony, the center will officially be inducted into New York’s Ring of Honor. He joins his teammates, Curtis Martin and Wayne Chrebet for the Jets’ highest distinction.

In a video message to Jets fans on his Twitter account, Mawae said: “Thank you for all your support, it is such a privilege and honor to be named to the New York Jets Ring of Honor, I’m excited about it. Can’t wait until the induction ceremony during the first week of October. Hope to see you guys there!”

Mawae also made it a point to recognize his teammates: “Thank you to all my teammates, my coaches, the sports staff with the New York Jets. It’s been an incredible journey.”

There is no question to what Mawae meant to the Jets. In his first season in green and white, the Jets’ offense averaged over 350 yards per game, which ranked New York second-best in the AFC and third-best in the NFL. That same year, Mawae helped Martin rush for the franchise-record eight 100-yard rushing games. During the center’s tenure, Martin rushed for seven consecutive 1,000-yard seasons.

The NFL finally recognized Mawae in 1999, when he was named to his first of six Pro Bowl appearances. He did his job so well, it did not matter who the signal caller was on gameday. He snapped to Vinny Testaverde, Chad Pennington, Rick Mirer and Ray Lucas and provided stability on one of the best offensive lines in NFL history.

In 2000, he was a member of the unit that tied for fewest sacks (20) allowed during the regular season. He, along with Randy Thomas, Ryan Young, Kerry Jenkins and Jason Fabini proved to be a dominant force and the ultimate protection for Testaverde. The 2017 team could use them now.

Mawae will forever be remembered as an Iron Man center for the Jets. While his unbroken streak of 177 consecutive games came to an end in October 2005 due to a serious arm injury, Mawae left it all on the field every Sunday.

His resume is decorated: six Pro Bowls, six All-Pros, seven playoff appearances and 118 starts. While he never captured the elusive Vince Lombardi Trophy, Mawae will eventually make it into the Pro Football Hall of Fame. Although he missed his chance this season, Mawae finished as one of 15 finalists.

For now, Mawae will settle for an incredible honor; one of the best offensive lineman in franchise history.

In the near future, you can imagine several Jets from this era will join Mawae. David Harris, Darrelle Revis, Nick Mangold and D’Brickashaw Ferguson seem like virtual locks.

Here is who Mawae will join:

Joe Barone is a staff writer for JetsInsider.com. He can be reached on Twitter (@28JoeBarone).