Le’Veon Bell Doesn’t Want to be Held Back 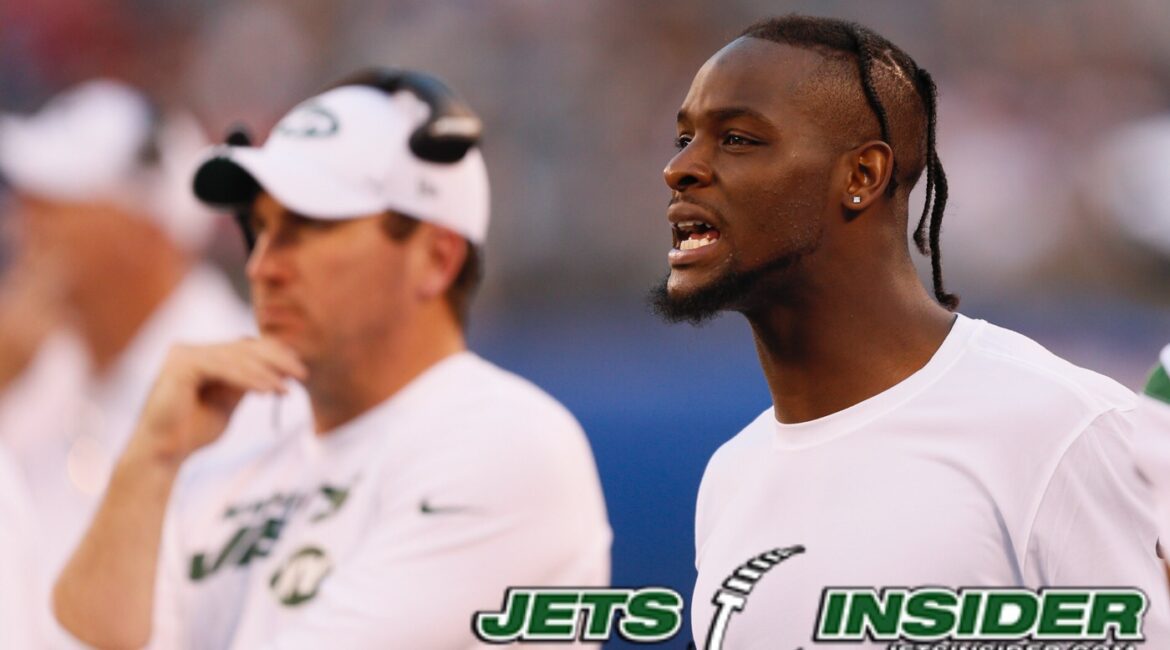 Florham Park, NJ – All offseason fans and reporters have been speculating about what type of shape Le’Veon Bell is/will be in; Is he 260 lbs? Okay, so he’s nowhere near 260, but is he in football shape? Can he take a hit? Will he need to be eased into a offense? How many touches will he get?

In Pittsburgh, the Steelers were more than content to run Bell into the ground. They wanted Bell to take as many snaps as possible, for good reason, and he was happy to take all the snaps. Adam Gase will likely look to limit his touches, just a little bit, in some games in order to keep Bell fresh for the end of the season. Gase also has a lot of confidence in backup, Ty Montgomery and will be looking to get him reps as well. In games where Bell gets hot, of course expect Gase to keep feeding him but Gase will be smart with how many snaps Bell will play and look for chances to rest him when they can.

But make no mistake, Bell doesn’t want to be on any type of pitch count.

“We’ll see how the game goes,” said Gase when asked what his plan for Bell was for this week. “I can’t predict how many plays we’re going to have. But I will say this, when I spoke to him yesterday, he said, ‘Don’t hold back.’ So, he feels like he’s ready to go and I think he’s pretty excited to get out there.”

Bell’s far from the only one that’s excited for him to be back playing football again. Obviously Jets fans are ready to have such a dangerous weapon on their team, his teammates are excited to have such a talented player help them win games and his coach might just be more excited than anyone.

“I love it. It’s going to be fun,” Gase said. “(It’s) one thing to call plays at practice, but to know that you have him back there and then possibly going back and watching some Pittsburgh tape just to remind ourselves who that is back there, it’s a good feeling.”

When a coach gushes about a player like that, you might find yourself thinking, ‘wow, he’s making it seem like he’s talking about the best player at the position he’s ever coached or something. Well, that’s because he is.

When Gase was asked if he’s ever coached a running back as talented as Bell, Gase said, “No, not close. There’s a reason why this guy has been what he’s been since he’s been in the NFL.”

But Bell insists on staking his claim as the one most excited for him to play again. He knows how excited the fans are, he knows Gase is licking his chops at all the ways he can deploy his new weapon, but that all pales in comparison to Bell’s own excitement.

“I can’t even explain it, bro,” Bell said. “It’s been a long time since I’ve played football. A lot of people are excited to watch me play. Just quadruple that. That’s how excited I am to play.”

A whole bunch of excitement, with no restrictions. Le’Veon Bell is indeed ready to take flight.

Best Targets Left On The Market For The Jets,Jets Grab Controversial Win Over Patriots In Ot,For Those Who Live Under A Rock,Friday Notes From The Complex Get Back,Anonymous Source The 54Th Man,Jets Titans Preview,Darrelle Revis Out For Season With Torn Acl,Preview Jets Vs Browns,Live Blog Jets Vs Redskins Favres Debut,Jets Start To See Young Guns Emerging