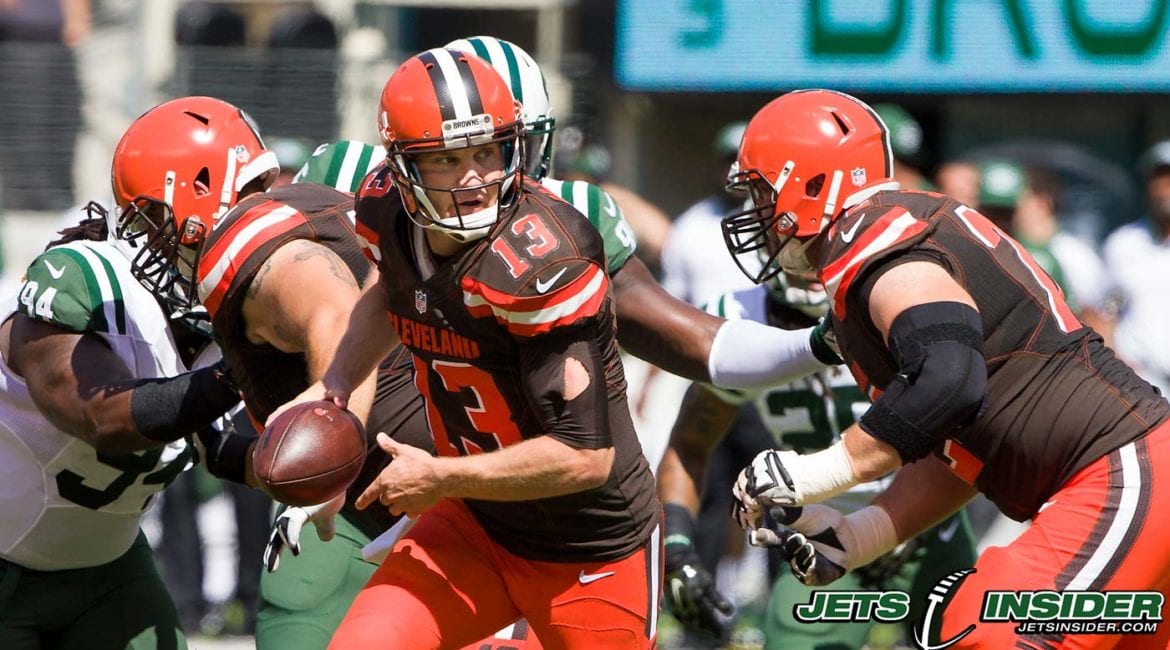 The New York Jets will make a trip out to Cleveland to face the Browns for Week 5 of the NFL season. The Jets have surprised the NFL with back-to-back victories over the Miami Dolphins and Jacksonville Jaguars to bring their record to an even 2-2. The Browns, meanwhile, have yet to win this season, dropping to 0-4 following their 31-7 loss against the Cincinnati Bengals.

The Browns lead the overall series between them and the Jets 13-11, including a playoff victory. However, New York has taken the last four match-ups against Cleveland. The most recent meeting was last year in Cleveland when the Jets won 31-28. Here’s what to watch for during the game:

Battle of the Youth Teams – The Jets and Browns are teams that are rebuilding and have a lot of young players on their roster. The Browns’ rookies are lead by DeShone Kizer, Myles Garrett, and Jabrill Peppers while the Jets’ youth are Jamal Adams and Marcus Maye. Fans could be watching future NFL superstars in this game. At the same time, however, these rookies are bound to make mistakes on the field. This winner of this game will be the one who keeps the sloppy play to a minimum.

Myles Garrett vs Brandon Shell/Kelvin Beachum – There’s a reason Garrett was the first-overall draft pick in the 2017 NFL Draft. He’s fast, strong, and caused many problems for offensive tackles in college. He’ll line up against the offense’s weak side, so both Shell and Beachum will have to guard him. Keep in kind, though, that Garrett is making his NFL debut Sunday after a ankle sprain that kept him out of action the last four weeks, so he has yet to experience the speed of the NFL. If Shell and Beachum limit Garrett, it will be a good day for the Jets offense.

DeShone Kizer vs Jets’ Defensive Secondary – Kizer’s stats so far this season have been sub-par. He’s 73-142, 764 yards, three touchdowns and eight interceptions. In the Browns’ loss against the Bengals, he went 16-34 for 118 yards and an interception. On average, Kizer has thrown two interceptions in each of Cleveland’s four games so the Jets’ defensive secondary will have to be on their toes and be ready for ball that Kizer throws in their direction.

Bilal Powell and Elijah McGuire- Matt Forte is battling a toe injury and will miss his second straight game. That means Powell and McGuire will have to step up, and both have proven they can make an impact on the game. Last week against the Jaguars, Powell rushed 21 times for 163 yards and a touchdown coming off a 75-yard run. McGuire had a solid day himself, rushing for 93 yards and a touchdown on 10 attempts. The Jets have a lot of options to have in their backfield, and they can’t go wrong with any of them.

Josh McCown – In last year’s meeting between the Jets and Browns, McCown was staring at the Jets defense, looking for an opening to get the ball to his receivers. This year, however, McCown will be staring at the Browns’ defense, looking for an opening. McCown has picked up his game the last two weeks following a slow start against the Buffalo Bills and Oakland Raiders where he didn’t even throw over 200 yards. It seems Jets’ offensive coordinator John Morton is comfortable will letting McCown throw the ball more in a game, especially if the run game can get going.

It will be another close one, but the Jets will come out victorious over the Browns. New York’s rushing game is really hot right now, regardless of whether it’s Powell, McGuire or Forte who takes the handoff. The running game opens up the passing game, forcing the linebackers to play more aggressively and leaving Cleveland’s secondary to play one-on-one coverage against the Jets’ receivers. Kizer will make too many mistakes in the passing game, and Morris Claiborne and Juston Burris aren’t defensive backs that will miss too many mistakes made by the quarterback. Maybe even Jamal Adams and/or Marcus Maye will record an interception themselves.