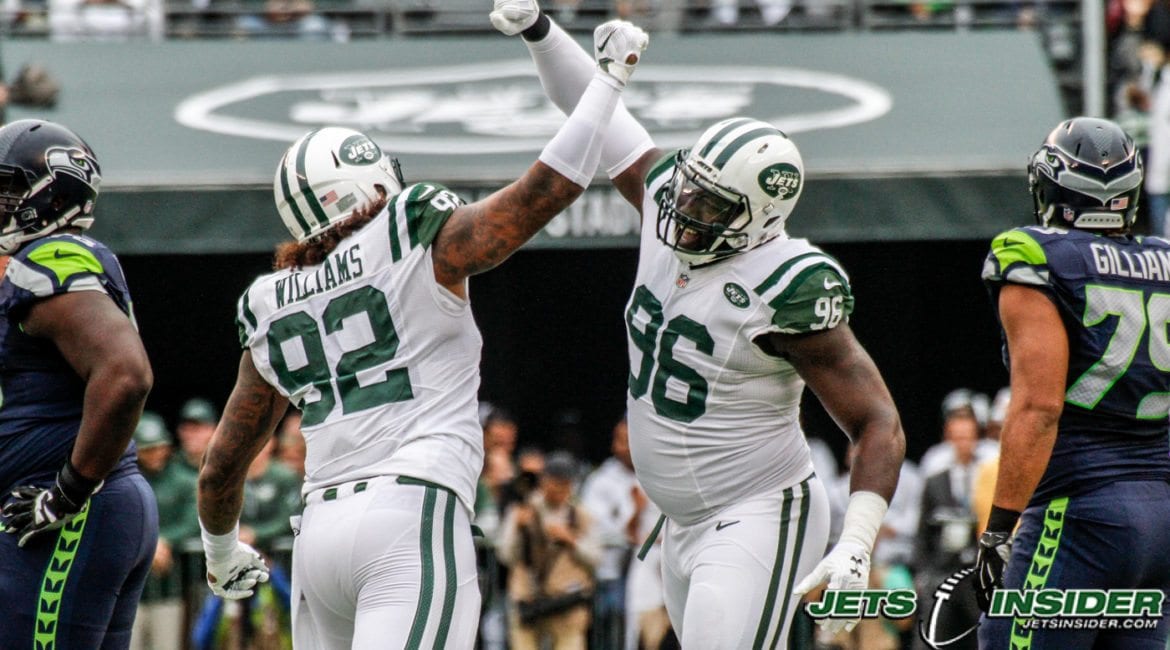 Heading into the 2017 NFL Season, the New York Jets come in with a roster devoid of major talent in many key positions. With the mass exodus of some of the franchise’s older players such as Darrelle Revis, Brandon Marshall, and Nick Mangold, many NFL Analysts see this season as a rebuilding season for Gang Green as they look for the next core players that will lead them to the promised lands several years down the road. Muhammad Wilkerson does not agree with the analysts, however, and he believes the Jets are poised for improvement. In fact, he guarantees it.

Yesterday, defensive end Muhammad Wilkerson guaranteed that the Jets would improve from last season. He also guaranteed that the Jets would win more games than last season’s 5-11 campaign. While this is not a Joe Namath-type proclamation in Super Bowl III, Wilkerson’s guarantee poses the challenging road ahead for a Jets team that is looking for an identity as the season draws nearer.

Wilkerson’s guarantee is good and shows the confidence that he has in his teammates, but many NFL athletes have guaranteed victory only to have their team fall flat on their face. In 2007, Pittsburgh Steelers Safety, Anthony Smith guaranteed a victory over the then-undefeated Patriots and then ended up losing 34-13. Vince Young’s “dream team” guarantee of the 2011 Philadelphia Eagles ended up in a roster purge that now sees only two players remaining from that team. Guarantees are always tricky, as an athlete could end up ruining his career if his guarantee does not come true. So can Muhammad Wilkerson and the Jets win more than five games this year?

In the end, you have to look at the schedule that the Jets are walking into, as well as the talent on the roster. The New York Jets have the eighth toughest schedule heading into this season. Not only do the Jets have to deal with the defending Super Bowl Champion Patriots twice, but they also battle the NFC South (and NFC Champion Falcons) as well as the AFC West that saw three teams get to over .500. While the Jets do get to play both the Jaguars and struggling Browns, their strength of schedule does not favor Wilkerson’s guarantee of a six-seven-win season.

With a team and franchise that is devoid of talent at several key positions and a schedule that is one of the toughest in football, many people expect the Jets to finish in the bottom half of the NFL. While Wilkerson’s guarantee of an improved season shows his commitment to the franchise as a player, Joe Namath himself put it best when he said that these Jets “have to earn respect and that’s by going out and winning some games, showing something and getting some teams wary of you.” If these Jets are going to surprise people this season, they will have to do so against some of the better teams in the NFL.