New York Jets: Mark Sanchez Retires, Looking Back at His Time in Green 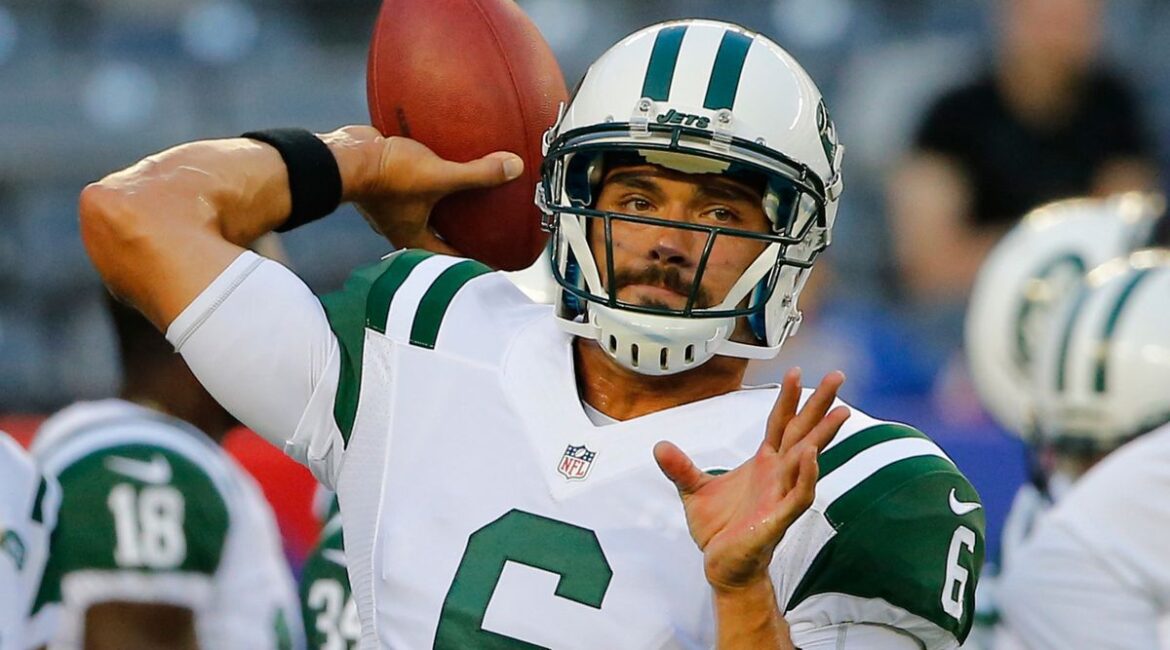 An old friend of the New York Jets was back in the news. Who was it? Well none other than our ex-quarterback, Mark Sanchez. After 10 years, Sanchez has decided to hang up his cleats and retire. He winds things up after playing his final year with Washington in 2018, after spending time with the Eagles, Cowboys and Bears after leaving New York. Sanchez’s career ended with him posting a 56.6% completion percentage, 86 touchdowns vs. 89 interceptions.

He leaves the NFL to join ESPN as a college football analyst.

And yes, there were some fun moments.

His strength was his ability to win playoff games on the road. Specifically, he won four games in two seasons. In 2009 he put up a 139.4 passer rating in a win over the Bengals and then beat Philip Rivers before falling to the Colts in the AFC Championship game.

The best year for the team was 2010 when they went 11-5 and returned to the playoffs as a Wild Card team. Sanchez threw for 17 touchdowns vs. 13 interceptions. This was the year with multiple comeback wins by the Jets, including Sanchez leading them to back to back comeback wins against the Browns and the Texans midway through the season.

How about that playoff run that year? First Sanchez beat Peyton Manning and then Tom Brady, on the road? And of course nobody will ever forget the throw that highlighted the win over the Patriots:

Many fans believe, myself included, that if the AFC title game had given Sanchez one more drive the Jets would have gone to the Super Bowl. Unfortunately it didn’t happen.

Despite the fact that Sanchez threw for 26 touchdowns vs. 18 interceptions, the end began in 2011. How much of it had to do with Sanchez losing his confidence and how much had to do with the team not keeping his weapons consistent? We can debate about this from now until the end of time. That is not for us to debate today.

Today is to look back at Mark Sanchez and his time with the Jets. It had its ups and downs, but I think we will all remember the ups.

Let’s wish him good luck as he moves into this next chapter of his football life.

Patriots To Honor Top Receiver,Practicing Plaxico,Game Photos Jets 7 Titans 3,Darnold To Start Doing Light Cardio,Revis Practices But Will He Play,Mangold Likely Out At Least 2 3 Weeks,If The Pen Is Mightier Than The Sword Where Does Twitter Fall,Jets Blow Playoff Chances Lose To Titans 14 10,The Exorcism Of Mark Sanchez,Friday At The Complex Jenkins Profile Plus Notes