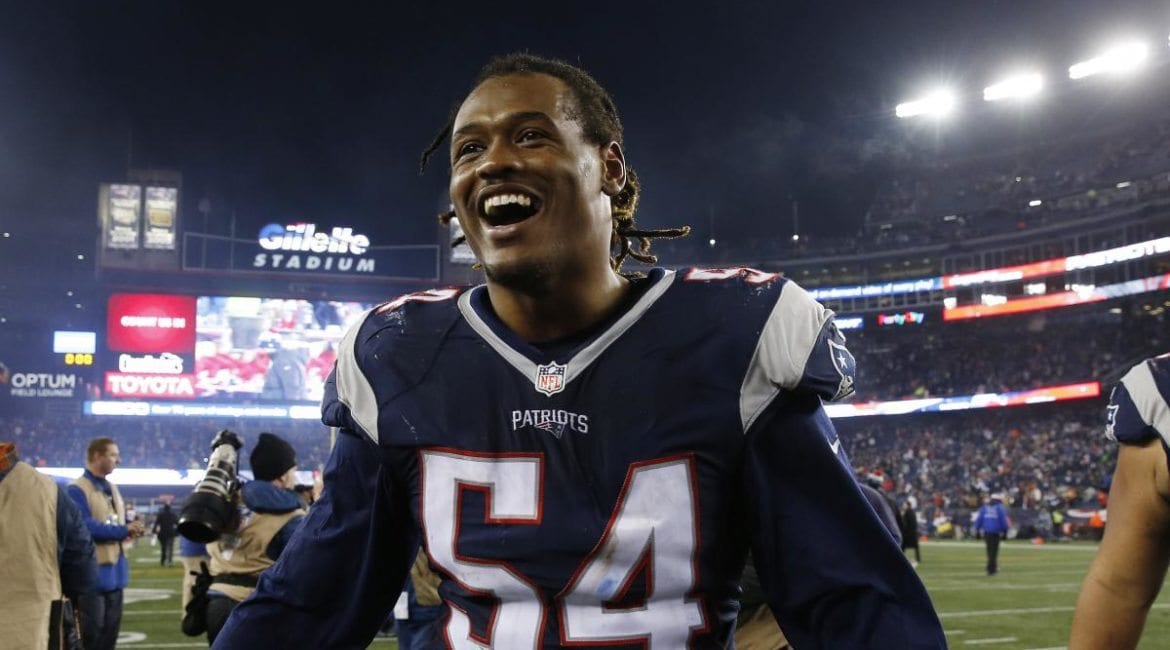 There’s nothing more the rebuilding Jets would like to do than to sign a premier linebacker to bolster their depleted defense. To get him from a heated rival would be gravy.

This is the current situation with the Jets and Patriots FA LB Dont’a Hightower.

Hightower was in Florham Park on Monday and reportedly had a great visit with the Jets. Whether they can close the deal is yet to be seen.

ESPN Jets Reporter Rich Cimini thinks Hightower will command a high price, but the Jets are in position meet it after their recent salary cap dump.

Hightower is thought to be seeking $12 million per year, which would make him the second highest-paid inside linebacker in the NFL, behind Luke Kuechly ($12.4 million).

The Jets have taken a low-key approach in free agency, but they really want Hightower and they’re willing to give him a blockbuster contract. They’d probably have to offer considerably more than the Patriots, who negotiate with the arrogance of a organization that has won five Super Bowl titles. When they set a value on a player, they rarely budge. If the player is all about the money … adios.

Whether Hightower is ready to go to a team that is clearly in re-building mode rather than joining an instant contender is yet to be seen. After collecting a Superbowl ring just five weeks ago, the Jets hope the almighty dollar will be priority for Hightower.

CBS Sport’s Jason La Canfora isn’t so optimistic on Hightower to the Jets.

Jets have the most $$ on table for Hightower but he doesn't seem inclined to take it. Talks w/PIT and NE are ongoing

Stay tuned as this story will undoubtedly heat up in the next 24-48 hours.