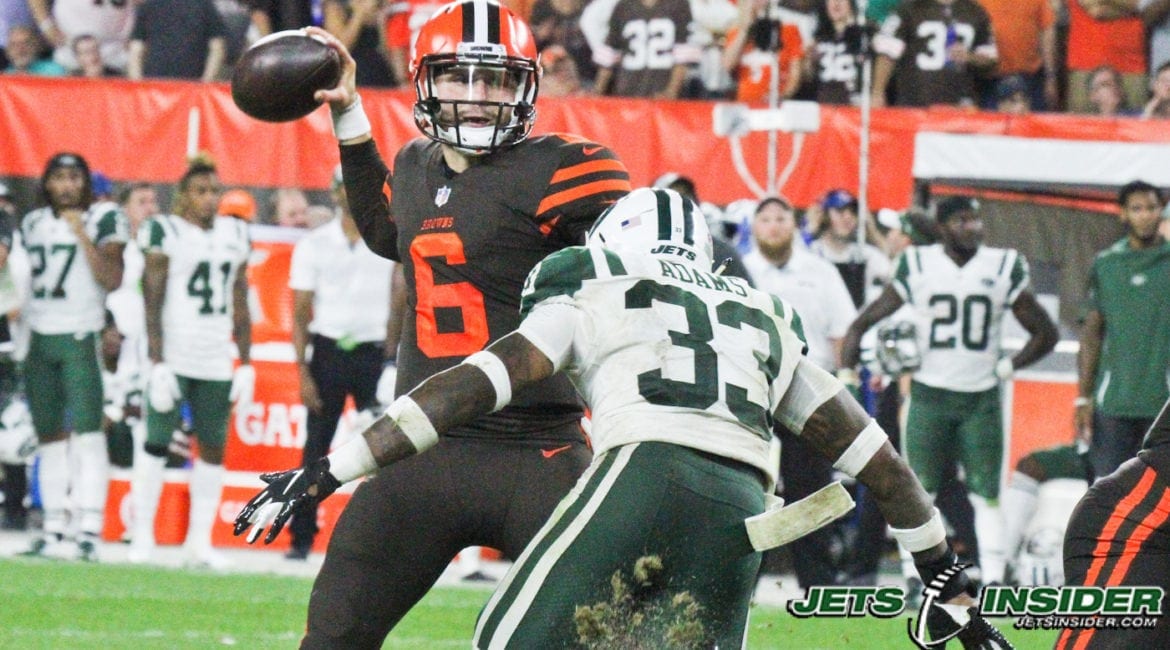 Over the past two weeks we’ve seen a familiar story with some new faces. Great defense early on, a struggling offense that can’t find a way to sustain a drive and stay on the field and that great defense starts to fade as the opposing team finds a way to get the win. No one could have predicted the game would play out exactly as it did, but no one is surprised that that’s exactly how the game turned out yet again.

“Momma told me there would be days like this,” a rookie quarterback is going to have his struggles. Even if everything around him is perfect, there’s going to be some bad days mixed in, so when everything around the rookie quarterback is a mess to start with it has the potential to be as ugly as last night. Sam Darnold had a really bad game last night, the blame can’t fall on him for how the night started, the Browns pass rush was in his face immediately, play after play. Darnold had no time to work with and simply couldn’t get comfortable, he was so clearly uncomfortable that even when he finally started to have some time he was still rushing everything. This is understandable for a rookie, but at a certain point he simply has to be better. He has to find a way and when he has time, he has to make it count. This isn’t something he needs to have 100 percent fixed by next week, again he is still just a rookie, but he’s going to have to start showing progress and stop looking like he did so often when he was at USC.

Of course, part of the problem is this offense looks like the offense at USC. The offensive line can’t protect him and if he doesn’t have time then he won’t be able to find open receivers. The play calling didn’t help him out either, the emphasis on the screens to Quincy Enunwa were good to get things started early on but eventually the Browns realized that was the only way the jets could successfully move the ball through the air. The Jets were able to establish a running game for a brief period of time in the middle of the game, and instead of building off of that, instead of taking some shots downfield off of play-action passes, the Jets stayed stuck in neutral and tried to protect their 14-0 lead and simply ride it out. The Robby Anderson fumble was a huge play that swung the momentum and maybe the Jets could have held on if not for that play, but you can say the same thing about Darnold’s two interceptions.

The Jets defense came out ready to play and put this game to bed early, Todd Bowles unleashed a flurry of blitzes that had the Browns offense stymied until Tyrod Taylor got knocked out of the game with a concussion. In came Baker Mayfield and Baker Mayfield won’t be leaving any time soon, Mayfield unleashed his strong arm and leaned on his ability to make quick decisions and accurate throws as he picked apart the Jets defense. The Browns offense picked up steam, as the Jets offense racked up three-and-outs and the Jets defense ran out of gas. It’s an all too familiar story, it’s the story of Bowles’ entire tenure here and feel free to put however much of the blame wherever you want but in order for Darnold and the Jets to prosper something needs to change.

Rookies are gonna rookie from time to time, Mayfield will have his rookie moments hell even Patrick Mahomes is due for a stinker or two in his second-year, but you can live with losses and rookie mistakes when you’re aggressive and you go down swinging. Playing passive, “safe,” football doesn’t win you games in this league, not anymore that style of football is dead, yet Bowles is insistent on trying to keep it alive and it will continue to hold this team back until something changes.