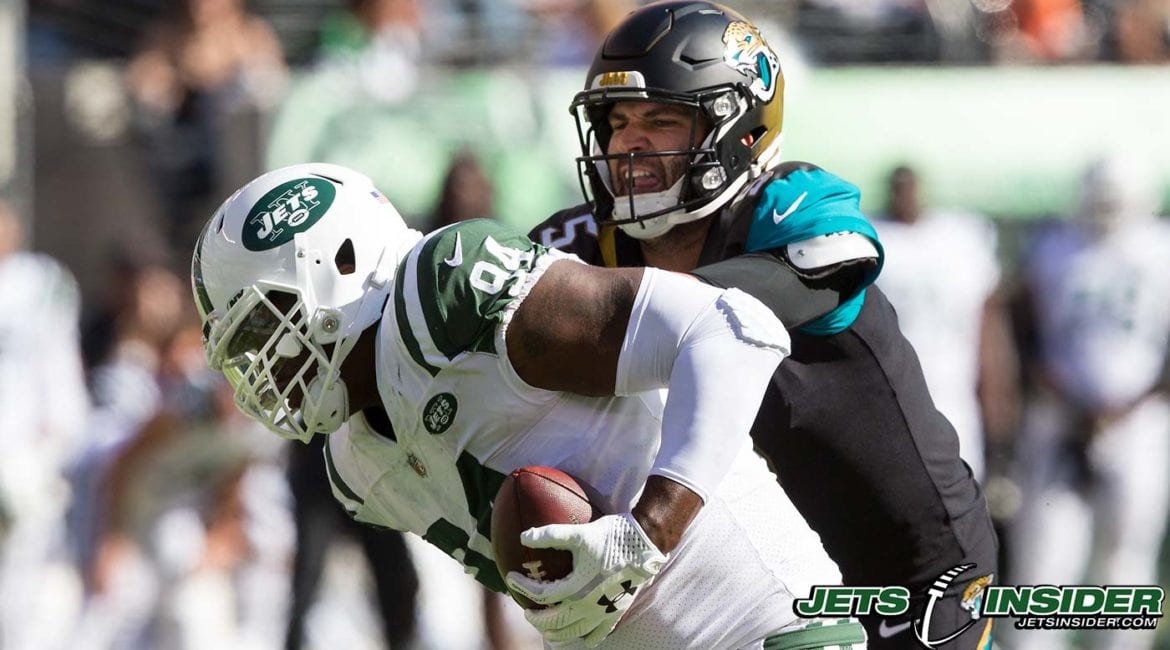 Since being claimed off of waivers Kony Ealy has been a pleasant surprise so far for the New York Jets this season.

When the Jets claimed Ealy from the New England Patriots, many questioned the move. The defensive line was stacked with Leonard Williams, Muhammad Wilkerson, and Steve McLendon. Not to mention Sheldon Richardson was on the sideline, ready to substitute for either Wilkerson or Williams. It was a situation where Ealy wouldn’t likely get to play at all. All of a sudden, New York trades Richardson to Seattle, so that moves Ealy up the depth chart. In addition, Wilkerson and Williams were battling injuries, limiting their play on the field. It was an opportunity for Ealy to step up, and he took advantage.

Last Sunday’s matchup against the Jacksonville Jaguars was Ealy’s break-out party. He deflected five passes and intercepted one of those deflections. According to Ealy, he was just doing his job.

“We needed a turnover, period,” Ealy said following the 23-20 win over the Jaguars. “We always want to play up. That’s our mentality on defense and I just had an opportunity to make a play on the ball.”

Head coach Todd Bowles had some praise for his defensive lineman’s performance.

While Ealy’s performance came as a surprise to most fans, Bowles says it’s nothing he hasn’t seen from Ealy before.

“I’m not very surprised because he does the same things in practice. He practice like that, he plays like that. He has a knack for knocking balls down, and we’re just happy to have him.”

Ealy has provided a disruptiveness that Jets defense that has lacked for a few seasons. The last time a Jets defensive lineman intercepted a pass was Muhammad Wilkerson in 2013 against the Cincinnati Bengals. Todd Bowles stresses the importance of the defensive linemen putting their hands up on pass plays.

“We always try to do that,” Bowles said. “We teach it all the time. It’s just a matter of those balls were going in [Ealy’s] direction and he made those plays, but we try to get everybody to do it whenever possible.”

The scary thing about Ealy is he’s still adjusting to the defense. He joined New York a month ago, and still has a lot to learn. If Ealy can make an impact while still adjusting, imagine what he can do when he’s fully settled.

Ealy wasn’t able to practice this week and will miss the game against the Browns but on Friday he made clear to reporters that he will be ready to play next week.