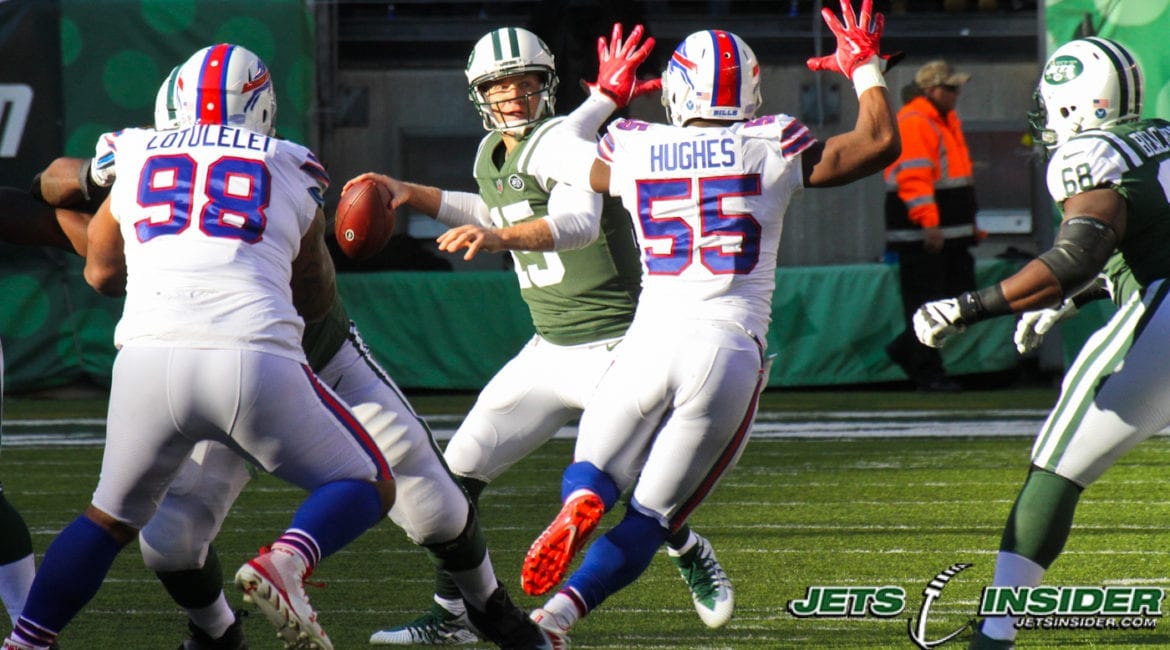 The Jets are looking to change the narrative of this season and keep Todd Bowles job, and to accomplish both of those things they must beat New England this Sunday. Each team experienced a demoralizing loss the previous week and will be looking to return back to their peak form.

Notable: This will be Josh McCown’s third game vs. the Patriots. He’s 0-2 as a starter with 2 touchdowns and 4 interceptions. He has the second worst QBR of any quarterbacks to start a game this year, beating out now free agent Nathan Peterman

Forcing turnovers: The Jets have not forced a turnover since their week six win over Indianapolis, and in that time the offense has turned the ball over ten times. Turnovers are the key to winning any game, and the Jets haven’t been doing much of either recently.

Converting on third downs: The Jets are dead last in the NFL in third down conversion, getting to the sticks on just 28.2% of attempts. Jeremy Bates must find a way to move the chains other than having Quincy Enunwa beat seven defenders. Integrating Jordan Leggett could be a solution- he’s 6’6” and has not been given too much of a chance to show what he’s made of after finally working his way back from injury.

No more Jekyll and Hyde: The Jets have played defense very well at times. Those times are not recent. Like any team in the NFL at this point in the season, the Jets are a little banged up, but that’s no excuse for allowing Matt Barkley to score 41 points after keeping the Dolphins to a pair of field goals. The week before that semi-stellar Dolphins performance they had allowed possibly the easiest touchdown in NFL history. There is no excuse for those types of coverage gaffes, and they can’t allow easy points if they expect to win.

THE PICK: Patriots 31, Jets 13 – The Jets are bad now. They had a chance at being average, but at this point they more closely resemble a garbage fire. Tom Brady, while ill or injured or whatever Bill Belichick is trying to hide from us, is fresh off a beat down by the Tennessee Titans. A rather ugly one, where Brady didn’t throw a touchdown in 41 attempts. The Jets have been known to play up to the Patriots level, but after their last outing, it’s hard to imagine that they can compete this year.

New York Jets Two Up Two Down Eagles Game, Preview Patriots 5 3 Ny Jets 5 3, Victory Monday Stats Tell The Story, Facing The Bills Will Be Personal For David Nelson, Mini Camp Day 3 Jets Soak Up Spotlight, Hold Your Happiness Wins Over The Scrubs Losses To The Elites Nothing New Here, All I Want For Christmas, Jets Trade Leonard Williams To Giants