Sherman’s plea a death sentence for the Players Association 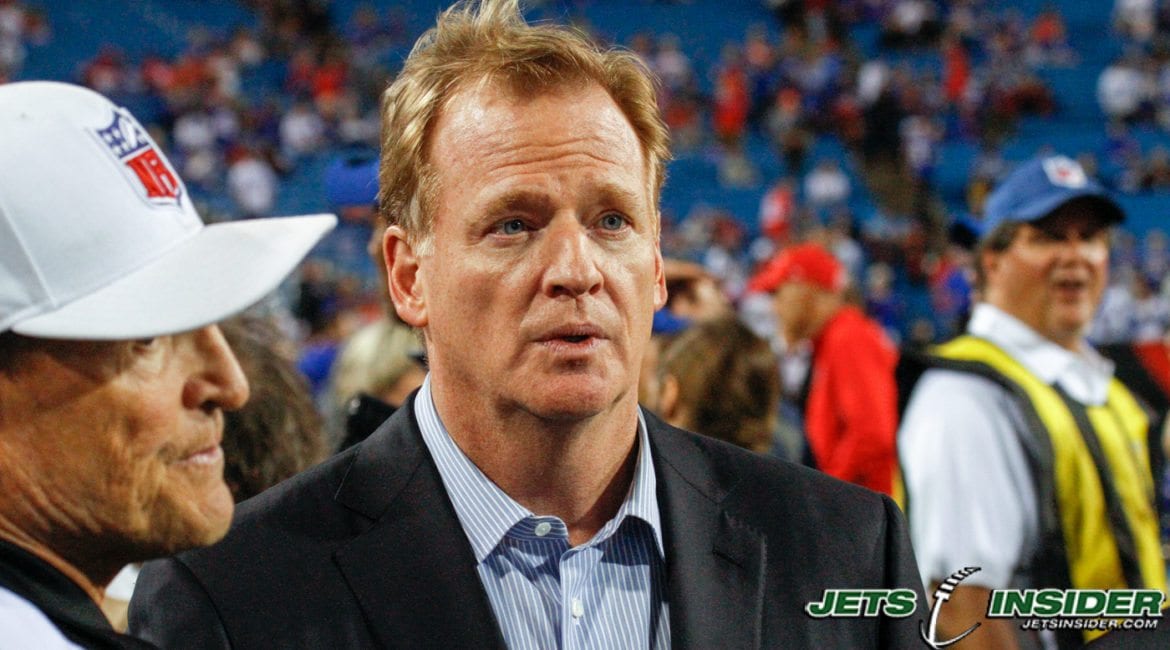 The time between OTA’s and training camp is a boring time for most football fans. While many of us wait for training camp to start, the national media looks for anything remotely close to news that could spark interest from NFL fans. While this page focuses on the New York Jets, there are some topics that not only involve Gang Green, but also all of the National Football League. One of these issues has just come to light because of the NBA.

Over this past summer, sports fans have witnessed some of the most lucrative contract deals in basketball history. Middle of the pack players like Tim Hardaway Jr. was handed a $71 million dollar deal to play for the Knicks, while superstar James Harden walked away with an astounding $228 million dollar extension in Houston. With all this money floating around in the NBA, it’s no wonder that some stars in the NFL have started to grumble about their pay or lack thereof.

Speaking at the ESPYS last week, Seattle Seahawks cornerback, Richard Sherman, spoke to the media saying NFL players should go on strike in an attempt to get similar deals.

“Oh, 100 percent,” Sherman said. “If we want as the NFL, as a union, to get anything done, players have to be willing to strike. That’s the thing that guys need to 100 percent realize. You’re going to have to miss games, you’re going to have to lose some money if you’re willing to make the point because that’s how MLB and NBA got it done. They missed games, they struck, they flexed every bit of power they had, and it was awesome. It worked out for them.”

Is Richard Sherman right? Should the players go on strike to get better deals when the CBA expires in 2020? What will happen to the NFL if that happens?

The answers to these questions are complex and involve an understanding of the original collective bargaining agreement that was signed in 2011. When the NFLPA and Owners met to come to an agreement, the players association pushed and passed articles that upgraded guaranteed contracts, shorter off-seasons and upgraded benefits for retired players. The NFLPA also pushed back the idea of an 18-game NFL regular season. In essence, the players association won on a number of fronts when it came to protecting the players after retirement.

While guaranteed contracts was a battle that many deemed a victory for the players association, the new TV deals that the NFL has just recently signed has brought a whole new stream of revenue that football has never seen before. These TV deals, much like the NBA’s deals, have given teams the ability to give more money to the star players and even borderline-average talent. Despite that, the NBA has given a whole new meaning to the term “overpay” as some of their below average talent have made lucrative contract deals with organization. While the NFL makes $13 billion dollars in revenue nationally, the NBA makes only $5.2 billion. By that count, Richard Sherman has a point in that NFL players are underrated.

But is a strike manageable for players and the players association?

In all reality, no. It doesn’t make sense for NFL owners and executives to give the same money that NBA executives give to their players. The obvious reason why NBA players are making more in the latest contracts than their NFL counterparts is that there are only 12 player rosters compared to the 53 man roster that every NFL teams needs to abide by at the beginning of the regular season. Paying more players on your roster obviously, means that the top players will make less than the stars of an NBA team that has to pay only 11 other players.

The other reason is far more intricate. During the NFL lockout in 2011, it was noted that many of the practice squad and lower NFL players were not making any money and did not have the necessary savings to provide for their families. The top talents were obviously protected but the last few players on the 53-man roster were in serious danger and desperately needed handouts from the players association. That shows one thing- if the NFL players were to go on strike- the owners would win a war of attrition, as their lower players would have nothing else to do but to succumb to the NFL’s demands. Advantage: NFL.

A common argument that comes up in a lot is that the NFL itself would suffer if its players went on strike, but that also is not true.

With the latest TV Deals, the NFL made sure that in the event of a lockout or players strike, the television companies would HAVE to honor the deal and pay the NFL even if its product is not on. The NFL will be making money regardless if the players went on strike or not. While some of the NFL’s top players can complain that they should go on strike to get more guaranteed money, a war of attrition would almost certainly spell the end of the players association as they would end up having no choice but to agree to the NFL’s demands. A war of attrition spells the death of the NFLPA.

So while Richard Sherman can complain about how NFL players are underpaid in comparison to their NBA counterparts, a strike would surely spell doom for all players in the NFL. While the NFLPA has done some wonderful jobs in protecting its retired players in recent years, there is no winning a legal battle against the NFL Corporation.

Darnold Reports Jets Offense Works Through Kinks,Football Is Back And Rex Ryan Is Ready,Its A Wonderful Season Nah You Know What Its Just Kind Of Weird,Jets Sanchez Sink Phins In Ot Win 23 20,Jordan Jenkins Named Afc Defensive Player Of The Week,Darnold Out With A Sprained Ankle,Dolphins Will Be No Pushover On Opening Day,The Chicken Or The Egg,Jets Fall To Pats 24 14 Over Seferian Jenkins Td Controversy,Week Two Preview Jets 1 0 Vs Dolphins 1 0