JetsInsider.com > News > Blogs > Darnold Out with a Strained Foot

Darnold Out with a Strained Foot 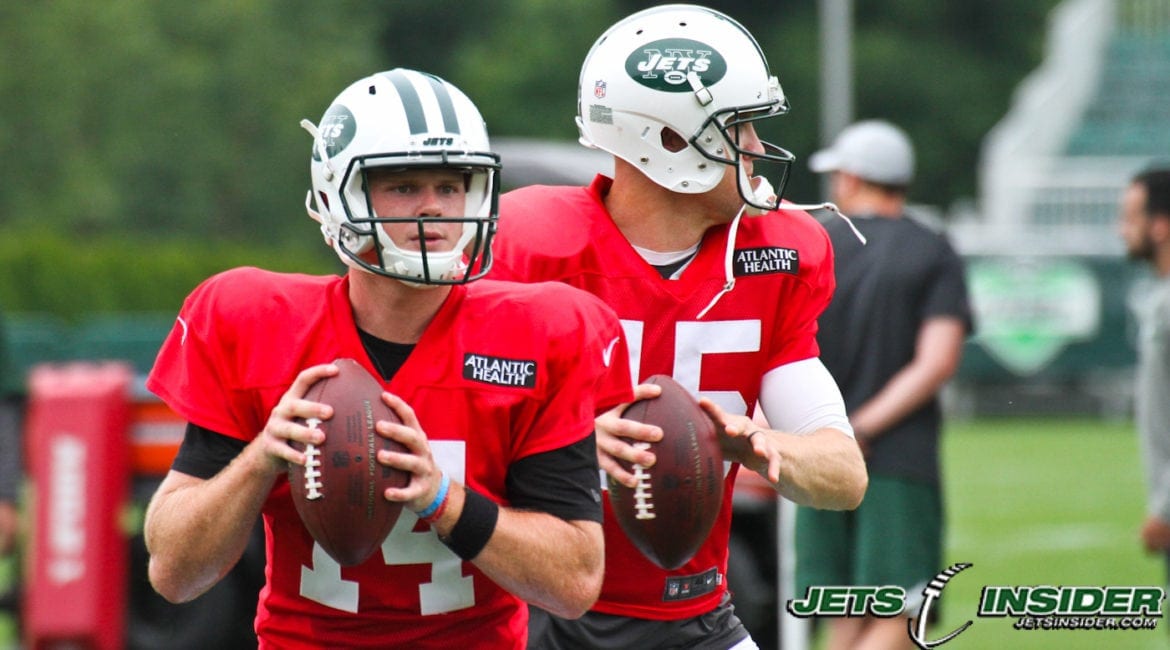 Florham Park, NJ – On Monday Sam Darnold told reporters that he felt “fine,” and only had “some bumps and some bruises but everything is good.” Today Darnold was spotted at practice with a boot on his foot and we learned that everything was not fine at all.

Manish Mehta of the New York Daily News was the first to report that Darnold has a, “significant foot sprain, per source. He will not play vs Bills.” The key word there of course is “significant,” significant leads you to believe this will likely cause Darnold to miss at least a couple of games even with the bye week coming up next week. Mehta continued, “The Jets hope that he’ll be back after the bye vs Patriots, but they’re not overly optimistic at this point.”

Todd Bowles confirmed the injury after today’s practice but said it’s a strained foot, not a sprain. Bowles wasn’t ready to rule Darnold out for Sunday’s game against the Bills and said Darnold is day-to-day, but it still seems unlikely the rookie will be ready by Sunday.

This is obviously not good news, but players get hurt then downplay hide their injuries all the time. It happens after almost every game to some player(s) around the league. Usually the player thinks the injury isn’t a big deal and they’ll be fine later in the week, and a lot of times the player ends up being correct, but this is not one of those times. Obviously Darnold eventually realized the injury was more than a simple bump and bruise and now he will miss at least one game, likely more.

It’s not the worst thing in the world for Darnold to miss a game or three, but if he got injured on a play at that involved a bad snap that is absolutely one of the worst things for Todd Bowles.

Josh McCown will start in Darnold’s absence, which if nothing else should at least lead to more production from Robby Anderson (so if he’s still available in your fantasy leagues go ahead and pick him up), and his veteran presence should be enough to lead the Jets to a win over the more hapless Bills.