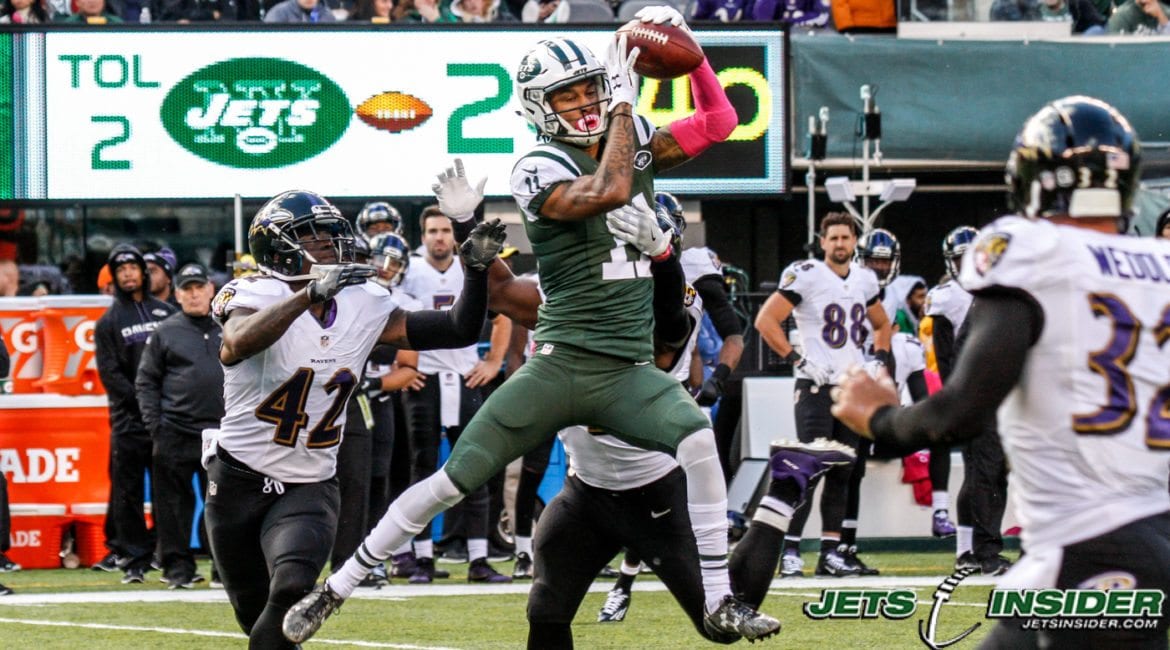 Wide receiver Robby Anderson finds himself in some hot water.

The second-year pro from Temple was arrested Sunday at 6 pm and charged with resisting arrest and obstruction of justice.

According to the police report filed by the Miami Police Department, Anderson was at a music festival in Miami when he was asked to leave but he refused and fought security. An officer told Anderson to sit on the ground, and again Anderson refused and confronted the officer with a shove. A struggle ensued as the officer redirected Anderson to the ground and arrested him.

The New York Jets released a statement regarding the situation.

“We are aware of the situation. This is a pending legal matter and we will have no further comment at this time.”

Anderson last season as a rookie, made the team as an un-drafted free agent and tallied 42 receptions for 587 yards and two touchdowns. His production grew towards the end of the season where he started posting four receptions for 40 yards per game in the final four games of the 2016 season.

This comes in the wake of multiple-game suspensions handed to receiver Jalin Marshall and tight-end Austin Seferian-Jenkins. Depending on Eric Decker’s health, Anderson could have been competing to be the number two or three receiver heading into the season. The issue now is: who steps up in Anderson’s place should he serve time or a suspension?