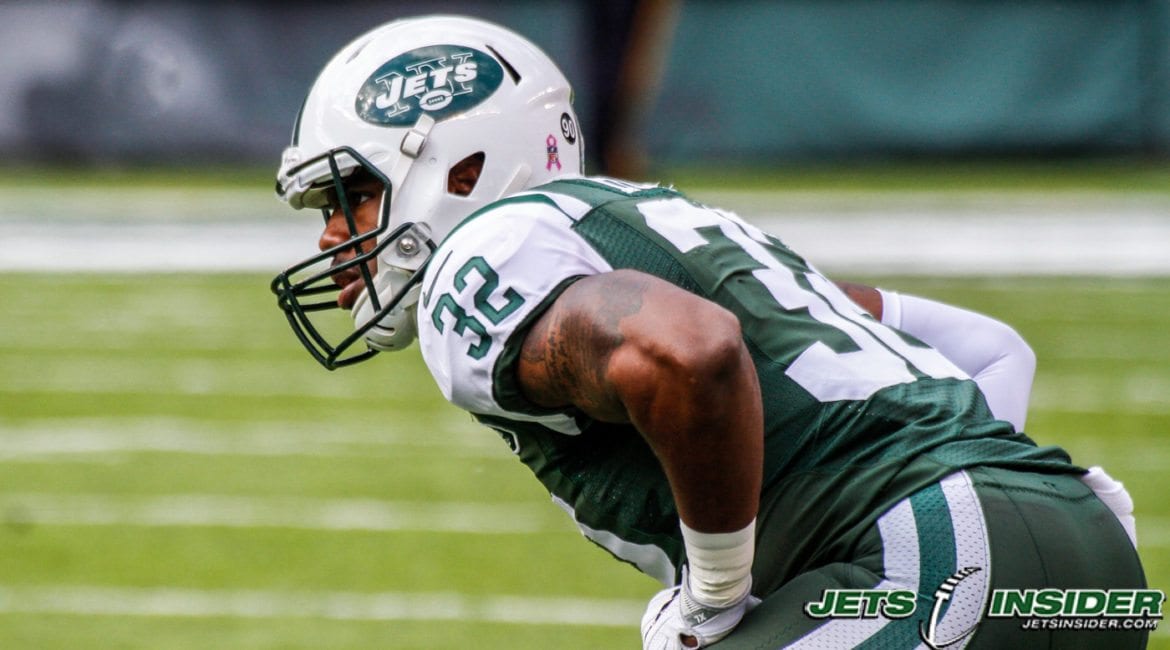 Juston Burris has never been in this situation before – not in peewee football, not in high school and not in college.

After a solid rookie season in 2016 that saw five passes defensed and one interception, the 24-year-old cornerback opened up the new campaign with fresh expectations and a better mindset. The confidence in himself was there, he just needed to instill more trust for his coaches.

Things haven’t gone as planned for the Roanoke, VA native as he continues to search for answers in his game.

“I think I’ve been up and down,” Burris admitted. “But, I’m just trying to find some consistency, trying to help wherever I can. Right now, that’s on special teams.”

The former fourth-round draft pick opened up the season as the Jets’ No. 3 corner behind Morris Claiborne and Buster Skrine. He competed with Darryl Roberts for a spot on the depth chart and often plays as an outside corner in the Jets’ nickel package.

Burris had a rough game against the Oakland Raiders in Wk. 2. There, he gave up two touchdowns to Michael Crabtree and several other big plays. Though there was much promise for the North Carolina State product, he has since been relegated to a special teams role. It’s not an ideal situation for a second-year pro but the cornerback insists he remains focused on the task at hand.

Learning is priority number one for Burris. Oftentimes, he sits in his locker after practice studying the game plan for hours at a time. While other players are walking around the confines, listening to music or talking amongst each other, Burris buries his head in the book and continues to work to get back to where he once was – a top corner on the team.

“It’s the NFL, these are the best players in the league,” he said. “You’re going to come up on these situations and you just have to learn and grow from it. That’s what I’m doing right now.”

Burris’ head coach, Todd Bowles, still believes in his lock-down ability despite the lack of playing time. After all, he’s still young and is developing on a week-to-week basis.

“Juston will get his opportunity to play,” Bowles said. “He works hard in practice. I’ve got a lot of faith in him.”

Hearing his coach say that is motivation for Burris but at the same time, his confidence has never wavered. He still knows he can still be the cornerback he wants to be. That stems from his maturation as a player and person. As a rookie, Burris learned from veterans Darrelle Revis and Marcus Gilchrist. Those players in particular have shaped who he is today.

“Revis was a big professional, man. He was always in here doing work, always watching film,” Burris said. “Having those guys around, like him and (Gilchrist), those guys were consummate professionals. So, being able to learn from them at a young age and being able to see them prepare in my rookie year definitely helped.”

If there is another player in that locker room that Burris could relate to, it is Rontez Miles. He went undrafted in 2013 and is the longest tenured defensive back in the Jets’ room. Miles is a safety, by trade, but is also the special teams leader, a role he has maintained since he joined the organization. This season, Burris has picked Miles’ mind, asking questions on how to handle these situations during weekly practices.

“[Miles] has embraced being a special teams d-man. That’s who he is. He can also come out and be a great safety,” Burris said. “He knows his role and seeing a guy like that, putting the team first, doing what he has to do to help the team, gives me a confidence booster to do whatever I have to do. I’ve got to play my role and help my team.”

The feeling is mutual. Miles has seen plenty of growth from the young Burris and has offered all the help possible. He explained to the cornerback the truth of the business of football, even if sometimes it doesn’t want to be heard.

“JB is a guy still showing a lot of potential developing, growing, does well on special teams,” Miles said. “Every now and again something clicks when you’re a younger guy. He’s a great athlete, he’s smart, learns fast and takes the coaching.”

Football is an emotional game. There are plenty of ups and downs in this business, according to Miles. But, the veteran has offered to help Burris on how to control those emotions. In more ways than one, Miles has become a mentor and a friend to Burris.

“I just told him, it starts with practice, also just how to handle yourself when things aren’t going your way,” Miles said. “This business has so many ups and downs. We’re human beings. We’ve got emotions. You’ll go through the phases with the roller coaster. Season goes up and down, your emotions will too.”

Burris is in good hands with Miles and the coaching staff. He has matured tremendously since the start of the season and that goes hand-in-hand with his work ethic. Though Burris is playing a bulk of his time on special teams, he still is confident in his abilities and ready to take on the rest of the season.

“I’m still upbeat, still hype about the season,” he said. “Obviously, still have a lot of work to do with a lot of games ahead, but I’m looking forward to those.”