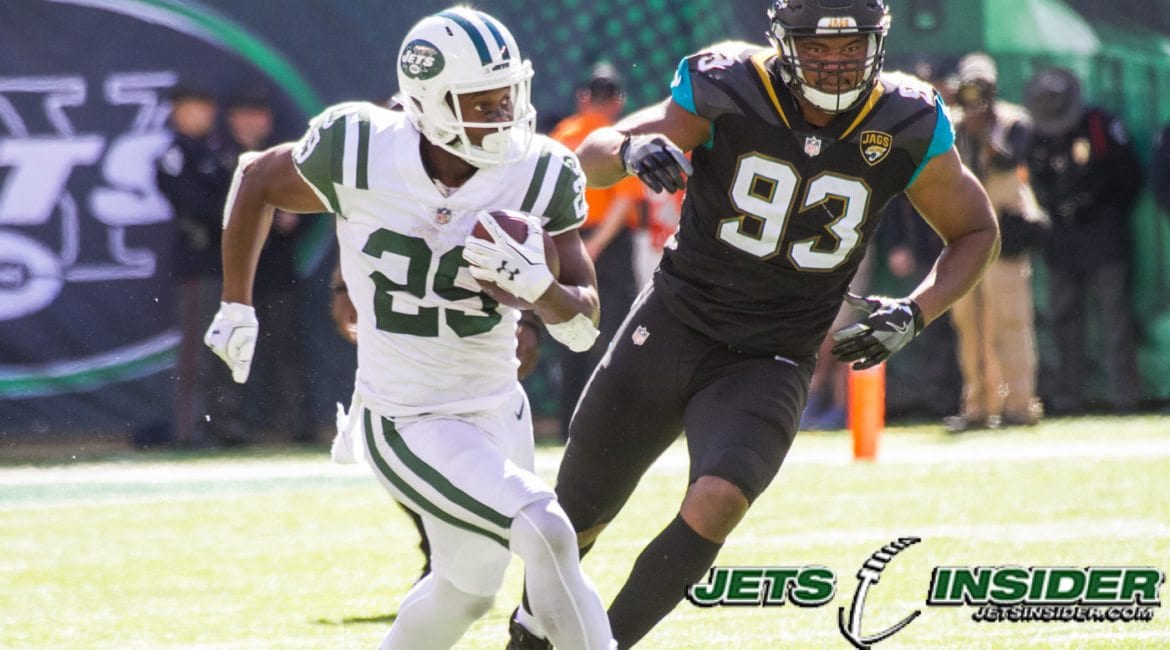 The New York Jets play the Jacksonville Jaguars in what is sure to be a highly defensive matchup. The Jets are fresh off a close loss to a reinvigorated Browns team quarterbacked by first overall pick Baker Mayfield. The Jaguars were upset by the Tennessee Titans while star running-back Leonard Fournette, who is back this week. Possibly back with a vengeance. Fox has coverage of the game, kickoff is at 1:00 pm on Sunday.

Notable: Austin Seferian-Jenkins is playing his first game against his former team, who says his time with the Jets “saved his life”. The Jets defense comes into this game as the least penalized team in the league, having incurred just ten penalties on themselves all season. The Jaguars are the second least penalized.

Keys to the Game:

Stopping Leonard Fournette: Without Fournette, the Jaguars offense is directionless. T.J Yeldon is a fine running back, but Fournette is an elite running back. He is irreplaceable. The Jaguars should not be able to beat the Jets with a pass attack alone. Their receivers are inexperienced like Keelan Cole and Dede Westbrook, or cast-aways from other teams like Donte Moncrief. The Jets secondary are equipped to handle Blake Bortles and his cast of misfits, but Fournette is a separate issue. If the Jets defense can keep Fournette from having a big day, they may be able to keep the scoring low enough to pull out an upset. However, betting against Fournette is never smart.

Stymying the Jaguars Pass Rush: The Jaguars front-seven is loaded with studs. There is not a weak name in the bunch. The Jets offensive line, as stated previously, have surpassed expectations but not by much. They struggled mightily with the Dolphins edge rushers, and they aren’t half as talented as the Jaguars edge rushers. Even if the Jets can miraculously keep the pocket clean, Darnold has his rookie moments. The Jaguars secondary have made many greater quarterbacks struggle. They will capitalize on every error.

Wide Receiver Performance: Robby Anderson has underwhelmed this season. Through the first three games Anderson has six receptions for 90 yards, including a 41-yard touchdown week one. This week will be another big test for the former 900-yard receiver. Terrelle Pryor could be doing more too, having caught just eight balls for 158 yards. These two are athletic freaks that both run 4.4 40-yard-dashes. One of them will become the Jets leading receiver in the coming weeks, but the best time for a breakout performance could be this week. Don’t count on it.

The Pick: Jaguars 13, Jets 10- The Jaguars and the Jets are in very different places from a franchise perspective. The Jaguars lost in the AFC championship game last year, and their stellar defense remained almost entirely intact. They are in win now mode. The Jets are in the beginning stages of a massive rebuild, and are at least headed in the right direction. Both teams have glaring holes offensively, and it will make for tough sledding on both sides of the ball. This low scoring affair is going to the Jaguars on the legs of Fournette, who should rush for 150+ yards.