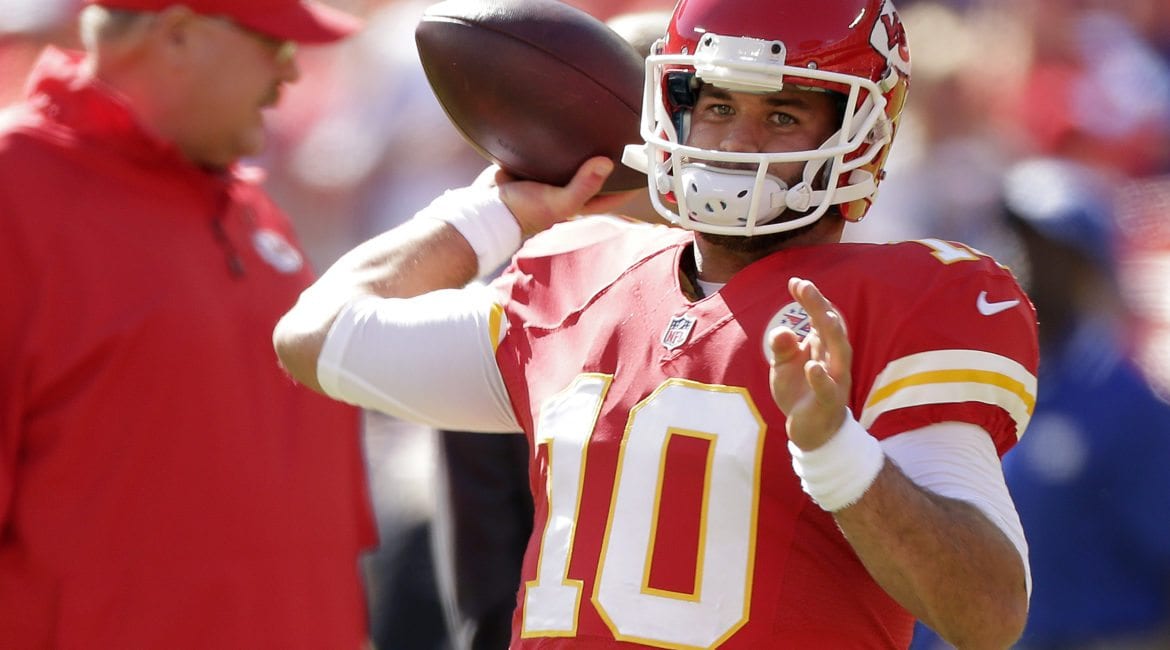 The New York Jets currently only have two quarterbacks on the roster right now, neither of which they want to be their Week One starting quarterback. This, of course, means that they are still looking for a veteran to fill that void, problem is none of the available options are particularly exciting.

The differences between the available options are negligible at best. Jay Cutler and Colin Kaepernick are the most talented of the options, and it’s not even close, but the Jets have to have some concerns about how he would handle the media, and maybe more so how would the media handle him, especially considering they aren’t likely to do much winning this season. Kaepernick would make a ton of sense, but there’s absolutely no way Woody Johnson would approve signing him because of the obvious political reasons.

Next up are Josh McCown and Chase Daniel, McCown visited the Jets over the weekend but left without a deal. Multiple reports suggest the two sides will keep in contact, but the Jets obviously aren’t in a rush to make a decision. According to ESPN’s Adam Schefter Daniel is visiting the Jets today and if the Jets ultimately did sign him, he would finally get a chance to be a starter in this league.

Robert Griffin III is another available option, but once again not one that would likely excite many fans, which is exactly why all of this should simply be considered window shopping for now. The Jets will almost certainly sign a veteran quarterback, and there’s a good chance they will draft a rookie quarterback at some point in the draft, but there’s no real rush to do so because none of these options will be good enough to turn this Jets team into a playoff contender.

Also working to the Jets’ benefit is the fact that the Browns are the only other team still looking for a starting quarterback – and it appears they are focused on either trying to pry Jimmy Garoppolo from the Patriots or drafting one with the 147 draft picks – so while McCown is still talking to the Cowboys and Daniel is also receiving some interest from other teams, none of those teams can offer either of them the chance to start. With all of this in mind there’s no reason to think that a decision will be made soon, in fact they could very easily wait until after the draft.

Of these options, again excluding Kaepernick, Daniel probably makes the most sense, partly because he will still be getting paid by the Eagles so he will come cheap but mostly because we haven’t seen him fail yet which means people can easily convince themselves that he has the most upside. Maybe he does, maybe he doesn’t, no one knows for sure because we haven’t seen it.

The important thing to remember is, it doesn’t really matter. The Jets aren’t likely to be any good this year and none of these guys, or Bryce Petty or Christian Hackenberg, will be able to change that.