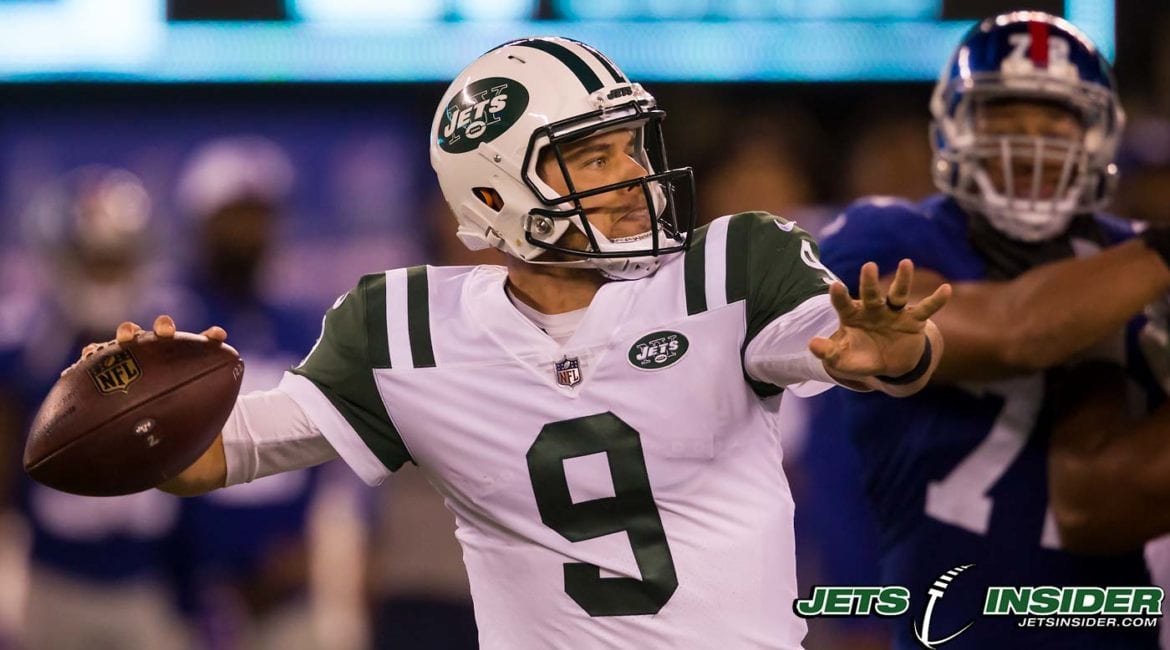 FLORHAM PARK, NJ – The Jets found out the fate of QB Bryce Petty, who injured his left knee during the Jets’ 31-32 loss to the Giants last night at MetLife Stadium.

Petty who injured it late in the fourth quarter after his knee was rolled on by Giants OL Ben Braden. The QB winced in pain as he was helped off the field.

The good news, according to ESPN’s Adam Schefter is that after xrays and examination by team doctors, Petty’s injury is not serious and just a sprained MCL. He may be available to play vs. the Eagles during the Jets’ final pre-season game on Thursday at MetLife.

Petty relieved a mostly ineffective Christian Hackenberg in the 2nd half while trailing 29-3. Against the Giants’ reserves, Petty led a nice comeback completing 15 of 18 passes for 250 yards. He was injured during the potentially go-ahead drive which Hackenberg finished and led the team to a TD and within a point. The two point conversion failed and the Jets lost by a point, 31-32.

More news on Petty’s status as we get it.