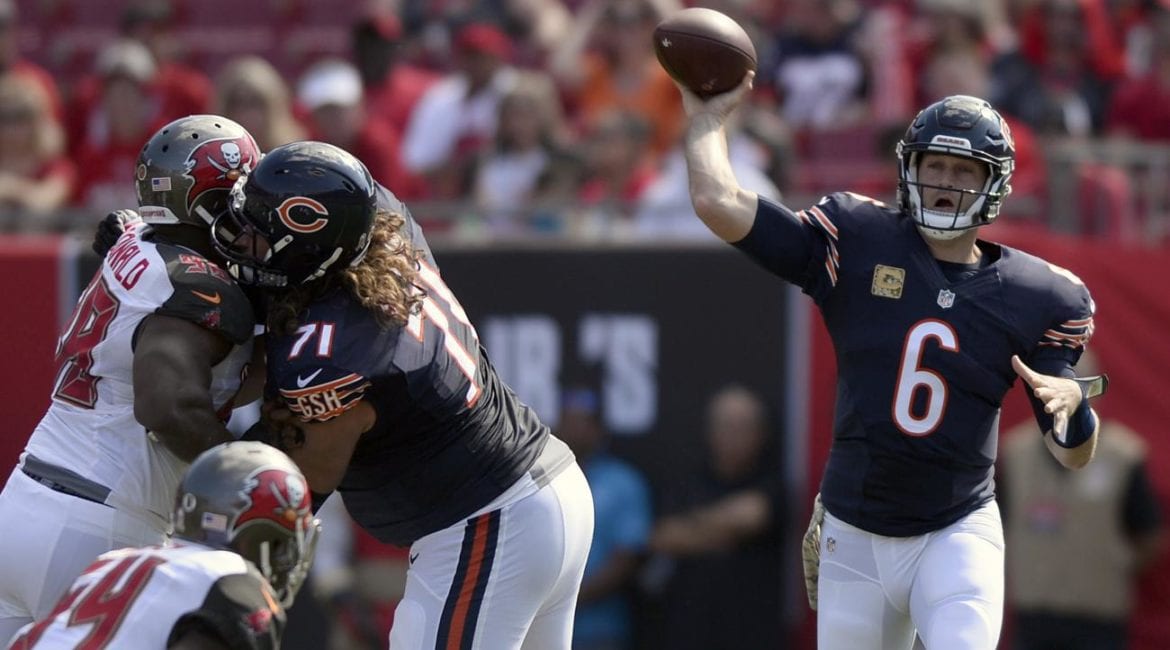 Four months ago, he was about to prepare to be a color commentator for FOX. Many had labeled his career as one with immense potential but could never put it together. He was run out of Chicago and traded away from Denver. Now heading into his 11th season in the NFL, Jay Cutler has a new team. This Sunday, it will be up to the Jets defense to hold down Cutler’s new team in the Miami Dolphins.

Many people forget that Cutler lead the Chicago Bears to the NFC Championship Game in 2010. Cutler has always been a terrific talent when it came to throwing the football. With tremendous arm strength and above average accuracy, it is mindboggling at how mediocre Cutler’s career has been. Now in Miami, Cutler has a chance to work with the most talented Dolphins roster since the Marino era in the 90’s. In his one start with Miami, Cutler was 24/33 passing for 230 yards and one touchdown. Miami won a tough 19-17 contest to the Chargers. With a young defense, that struggles to get after the Quarterback, the Jets will have their hands full in dealing with the talented Dolphins.

While they only rank 22nd against the pass, the Jets defense has struggled this season. They’ve given up the most points in the NFL, the most rushing yards per game, and are 30th in yards allowed. To be frank, statistically, the Jets defense has not been good this season. Now heading into a Sunday battle with the Dolphins, Head Coach Todd Bowles knows that mistakes on defense need to be corrected.

“We understand what we did wrong, and we try to correct that and move on.”

To beat the Dolphins, Bowles knows he needs to get after Cutler early and often. Even though at the beginning of the offseason, Cutler was gearing towards retirement, Bowles sees a similar Cutler to the one who made the NFC Title Game.

“He (Cutler) looks like he never left. He looks quick, he’s very accurate, very smart with the football and they do a good job.”

Probably one of the biggest negatives to Cutler is that he will often throw football’s up for grabs for the defense and cause many turnovers. Bowles addressed the media yesterday and he was not buying into that notion.

“We have to make our own plays. If they give us something, that’s fine, but we worry about making our own.”

Two players to look at heading into the Dolphins game for the Jets is their safety tandem in Jamal Adams and Marcus Maye. The two safeties have shown bright spots throughout the first two games, and their Head Coach has taken notice.

“The two safeties have been good. They make some rookie mistakes. They play hard. They play fast and they do a good job.”

With Week 3 right around the corner, Jay Cutler and the Dolphins await. It will be up to the defense to show which Jay Cutler shows up on Sunday at MetLife.