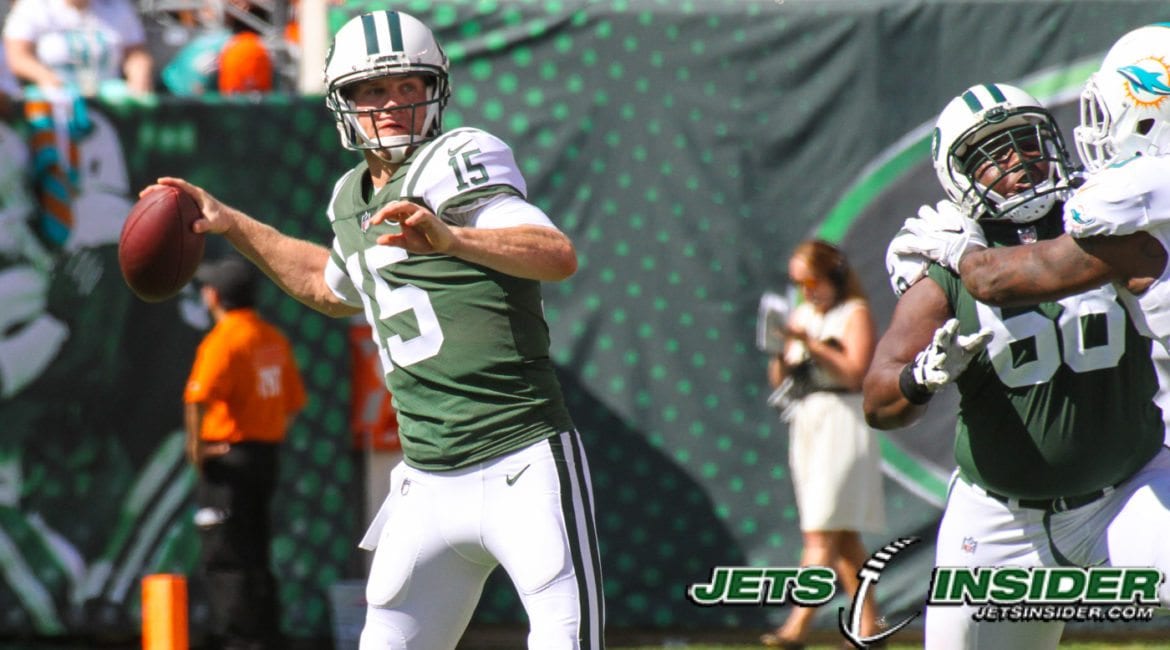 Cleveland, OH: The Jets continue to ride the wave.

After an ugly three quarters of football, the New York Jets found a way to take advantage of endless miscues, defeating the Cleveland Browns 17-14. The Jets won their third consecutive game, while the Browns fall to 1-20 under head coach Hue Jackson.

When you look at Sunday’s game, it was one that got away for the Browns. Mishaps on the field and on the sideline from the players and coach ultimately cost Cleveland their first win since Wk. 16 of 2016, a 20-17 victory over the San Diego Chargers. But, the Jets will take it. Despite it not being glamorous, a win is a win. New York is even with the Buffalo Bills and New England Patriots for first place in the AFC East. Go figure.

“We haven’t done anything,” said head coach Todd Bowles. “We won three games. Three out of five. We still have 11 to play.”

With that said, the head coach was proud of his group for showing “grit and determination.”

“That was big for us. It ain’t going to be pretty every week,” Bowles said. “We’re just happy to get our first road win. Wins are hard to come by in this league. We squeaked one out. Although not perfect, it was winning football and we got the win.”

The Jets and Browns were picked by many to finish at the bottom of the league. While one is trending up and the other is falling down, it looked like the battle of ineptitude in the first half. New York was only able to muster up 98 yards and ten points through three frames before Josh McCown and the offense found their stride.

While McCown and Austin Seferian-Jenkins came together for a touchdown grab in the back right corner of the endzone, the offense lacked punch, especially with a lack of a run game and injured Bilal Powell.

The Jets took over from their own three-yard line, trailing 7-3. McCown connected on short passes to Jermaine Kearse (four catches, 38 yards, TD) and Seferian-Jenkins (six catches, 29 yards, TD) before the quarterback and tight end Eric Tomlinson teamed up for a 34-yard catch and run to get the Jets to midfield. After some trick runs from ArDarius Stewart and Elijah McGuire (11 carries, 20 yards) and catches for McGuire and Jeremy Kerley, McCown chucked a beautiful pass to Kearse for a 24-yard score. New York led 17-7.

“That was big for us,” Bowles said about the offense driving 97 yards in eight plays. “It was like pulling teeth all game. [Cleveland] had a good scheme. They made some good plays. But for us to go 97 yards when it counted, showed a lot of determination.”

Throughout the game, the Jets defense bent but did not break. That’s been the story all season. The Browns had two red-zone turnovers and two missed field goals. The first red-zone turnover came when rookie quarterback DeShone Kizer threw a backwards pass to Isaiah Crowell that was fumbled and recovered by Freddie Bishop. Marcus Maybe added the second red-zone turnover with his first career interception at the Jets’ two-yard line.

Morris Claiborne also added to his strong season with an interception with five minutes remaining in the third quarter.

“That changed the game,” McCown said. “All those turnovers, guys were capitalizing. We were able to respond and get inside the five.

“The old saying is: ‘be the best when your best is needed,” the Jets signal caller added. “We played well when we needed. We needed to play well all game but we stepped up when it mattered most.”

McCown finished the afternoon: 23-of-30 for 194 yards with two touchdowns and one interception. He was also flushed out of the pocket several times and sacked three times for a loss of 16 yards. Despite that, the quarterback says, he feels fine and is excited for next Sunday to welcome in the Patriots.

“We have really good chemistry. It’s a special group,” McCown said. “We just got to keep going together.”

The Jets defense surrendered 419 total yards and was dominated in time of possession: 34:26 to 25:24. They also allowed over 100 yards on the ground (140) for the fourth time in five games to start the season. The team knows that won’t cut it against New England.

“It’s good to string wins,” Bowles said. “But, by no means we were perfect. It’s always (a work in progress). We just have to keep poking away at it.”

Jets Acquire Cromartie From San Diego,Manginis Worst Day As Head Coach And Other Postgame Thoughts,The Legend Of Trip Gate Grows,O Line If It Aint Broke Still Tweak It,Jets Healthy After Bye Week Break,Hackenberg Year 2 Understanding Is Key,Jets Claim Te Walford From Raiders,Hello Blog World,Darron Lee No Longer The Young Pup Ready To Breakout In 2017,The Nfl Draft A Time Of Hope And Optimisim Even For The Jets