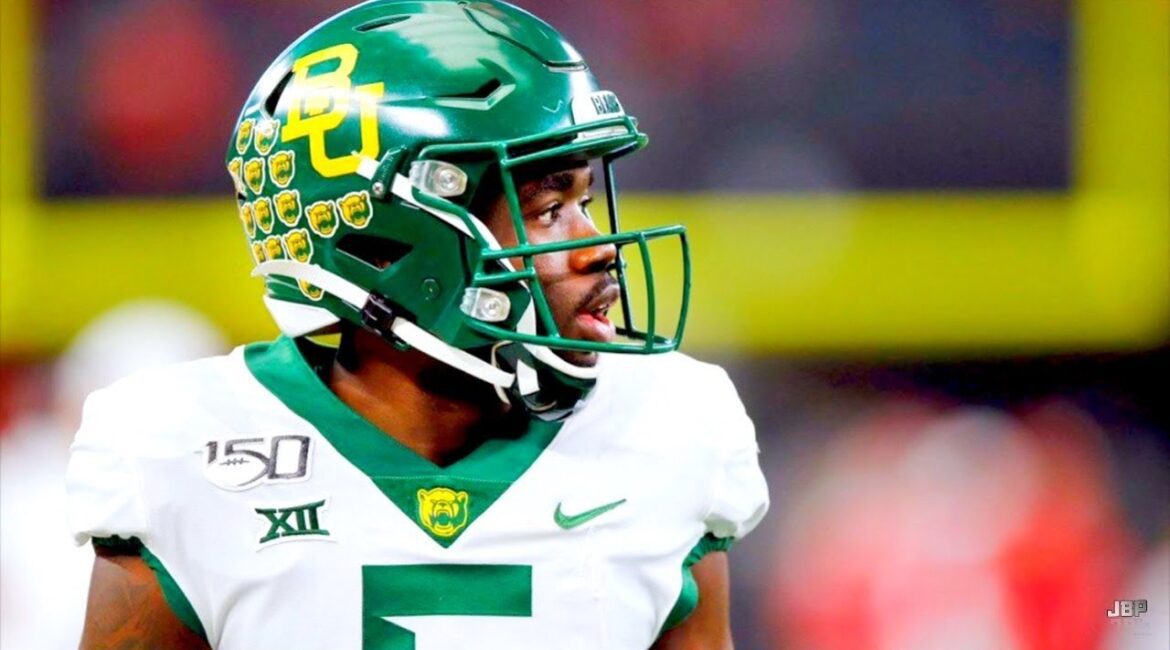 As the clock started on the Jets pick at 48, fans, and even some writers like the one that typed these words that you’re currently reading, were clamoring for Joe Douglas to draft Baylor receiver, Denzel Mims. Instead Douglas traded down 11 spots, picking up an extra third-round compensatory pick from the Seahawks then patiently waited to scoop up Mims with the 59th overall pick.

Mims is a 6’3″ 207 lbs. receiver from Baylor with blazing speed (4.38 40-time) and incredible body control. He needs a lot of work to not only expand his route tree, but to sharpen up the routes he does run. Baylor had him running a limited route tree, but that’s okay because he’s going to win with the way he uses his body. Incredible catch radius, excels at back shoulder throws, winning jump balls and making sure he puts himself in the most advantageous position to snatch the ball in the air. He’s also the best blocking receiver in this draft and he’s quite proud of that trait.

Mims admitted he was a little disappointed he wasn’t drafted in the first-round, but that will only add to the chip on his shoulder and make him even more determined.

“Oh, most definitely. There’s always been a chip on my shoulder,” Mims said. “I’ve always been underrated my whole life, and going 59 I’m happy but I got a lot of work to do. When I get to the Jets we’re going to get to work.”

The speed, the body control and positioning, the blocking ability are all reasons why the Jets felt comfortable drafting him. But above all that is his drive, his competitive spirit and the way he works. He wants the big moments, he lives for the pressure and he’s ready to succeed when the stake are at their highest.

“Oh, most definitely. I know that when it comes down to crunch time, it comes down to the end of the game, that I want the spotlight,” Mims said. “I want to be the one to help the team get the victory and I want everything on my shoulders.”