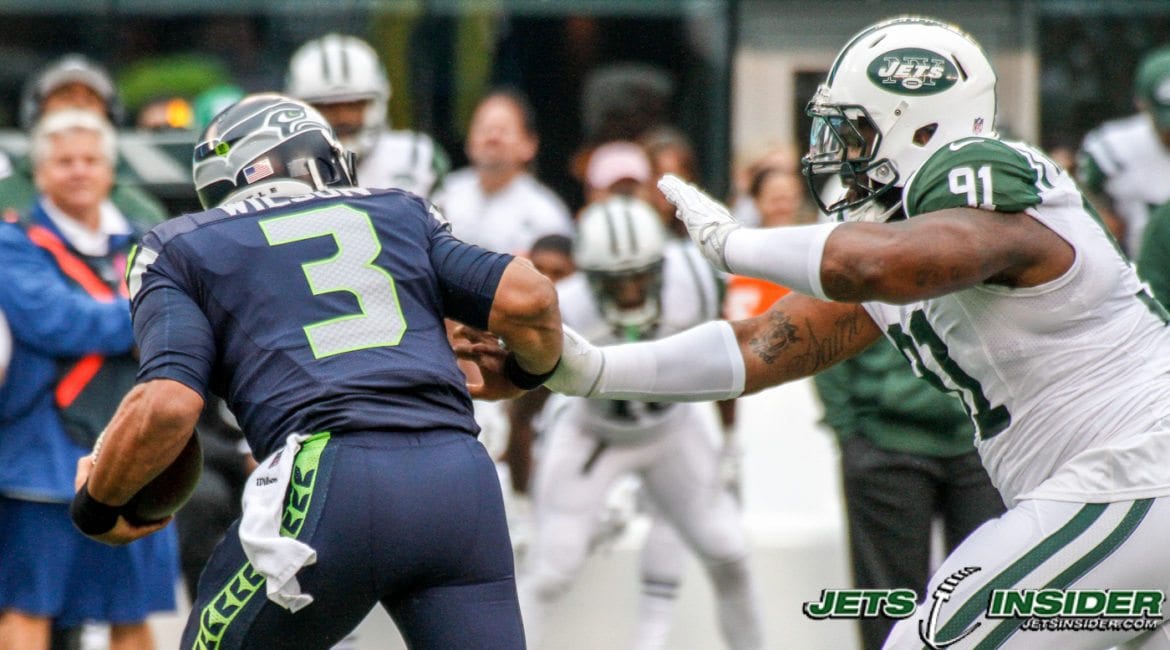 The Jets traded their former Defensive Rookie of the Year and 2014 Pro Bowler to the Seattle Seahawks for wide receiver Jermaine Kearse and a second-round pick in the 2018 NFL Draft. The teams have also agreed to swap seventh-round picks.

Kearse is a former Super Bowl champion with the Seahawks back in 2014 against the Denver Broncos. He also helped Seattle reach the Super Bowl in back-to-back seasons by catching the game-winning touchdown in overtime against the Green Bay Packers. He signed a three-year, $13.5 million contract with the Seahawks in 2016, but had a down year last season, tallying 41 receptions, 510 yards, and one touchdown.

As for Richardson, the drama regarding the trade rumors has come to an end. The Jets were looking to trade him away since October of last year. Sheldon was suspended twice by the NFL and angered head coach Todd Bowles with his comments regarding former Jets receiver Brandon Marshall. With the stacked talent at defensive line for the Jets with Muhammad Wilkerson, Leonard Williams, and Steve McLendon, the Jets knew there was an unlikely chance they would resign Sheldon. However, his antics drove many potential trading partners away.

Gang Green trading away one of their best defensive players is a huge deal, but this trade won’t hurt them badly. At best, Richardson was a defensive lineman playing outside linebacker in the system. The starting d-line will still be Williams, Wilkerson, and McLendon. In addition, this trade gives the Jets the option to hold on to another one of their young linebackers. While Kearse may not be the number one receiver the Jets are lacking, he’s an upgrade over what they already had.

For Running Backs Behind The Jets O Line Age Aint Nothing But A Number,Petty Up For The Challenge In Tight Qb Race,Despite Douglas It Remains The Adam Gase Show,Rex Ryan Of Old Makes An Unexpected Appearance,Brown Returns,Preview Dolphins 3 3 Jets 3 4,Marty Mornhinweg Explains Timeout Mishap,Adalius Thomas Meet Firemen Ed,Injury Report No Hasselbeck Today,All The Fixings From First Day Of Camp