NFL Players, Fans Missed the Point of the Protests 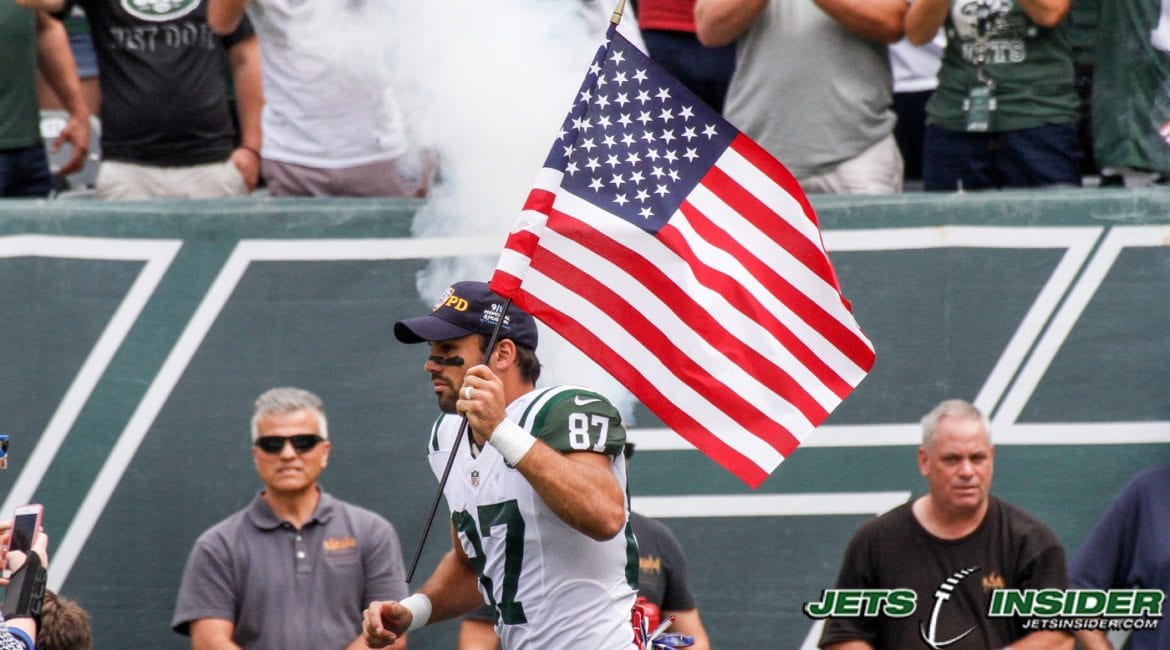 The New York Jets were one of many NFL teams whose players were either locking arms or taking knees while the national anthem played before the games. Fans reacted strongly to the protests by either showing their support for the players or their discontent by refusing to attend or watch anymore NFL games. According to ESPN’s William Weinbaum, more Americans respect the players’ right to protest rather than be forced to stand.

Jets head coach Todd Bowles spoke about the protest following the 20-6 victory over the Miami Dolphins.

“Social issues are going to be there until the end of time, so it’s not a burden,” Bowles said. “You understand what’s happening. Our team is socially aware. You have to be blind not to see what’s going on, but we discussed things as a team and we stick together.”

Acting owner Christopher Johnson – Woody Johnson’s brother – participated in the protest with the Jets. Safety Jamal Adams recalled Johnson standing next to him during the anthem.

Regardless of what side of the debate you are on, the players and fans all share one thing in common. We all missed the point of the protests. The protests by the NFL teams were a response to President Donald Trump. On Friday, September 22, Trump called NFL players who knelt during the national anthem “son of a bitch” during a speech in Alabama.

“Wouldn’t you love to see one of these NFL owners, when somebody disrespects our flag, to say, ‘Get that son of a bitch off the field right now, out, he’s fired. He’s fired,'” Trump said.

Now the debate turns political, becoming more concerned with whether or not it’s disrespectful to kneel during the national anthem. However, when Colin Kaepernick knelt for the national anthem last season, his intention was to raise the issue of police brutality against African Americans. Somewhere along the line, the message got overshadowed by politics. In an article for USA Today, several players expressed their concern in politics overshadowing the original message.

“We can’t get lost in what Trump said,” Broncos linebacker Brandon Marshall said. “We have to try to change the narrative back to what the original message was about.”

“I kind of don’t want President Trump to kind of hijack the narrative of what the protest started with and what it’s ultimately about,” Indianapolis Colts safety Darius Butler said.

There is uncertainty if the teams will continue the protest. The Jets and Bowles is among those teams who haven’t discussed any plans.

“We’ll see when it comes up,” Bowles said. “[The discussion’s] not necessary. We’ll see what they bring up.”

Whatever the Jets and other NFL teams decide to do going forward, it would benefit us all – regardless of where you stand on the issue – to remember why Kaepernick first took a knee.

The Semantics Of Tanking,The Nfl Should Delay The Season To Save The Season,Three Observers Day 1 Of Jets Mandatory Minicamp,Westhoffs Work Ethic Shows On Draft Day,Shonn Greene Back In Action,Check Out The Jets Madden Nfl 20 Rookie Ratings,New York Jets Adam Gase No Win Situation Leveon Bell Decision,Preview Jets Vs Browns,Jets Drop Opportunity To Put Doubts To Rest,The Nfl Draft A Time Of Hope And Optimisim Even For The Jets