JetsInsider.com > News > Blogs > Quincy Enunwa out for the season

Quincy Enunwa out for the season 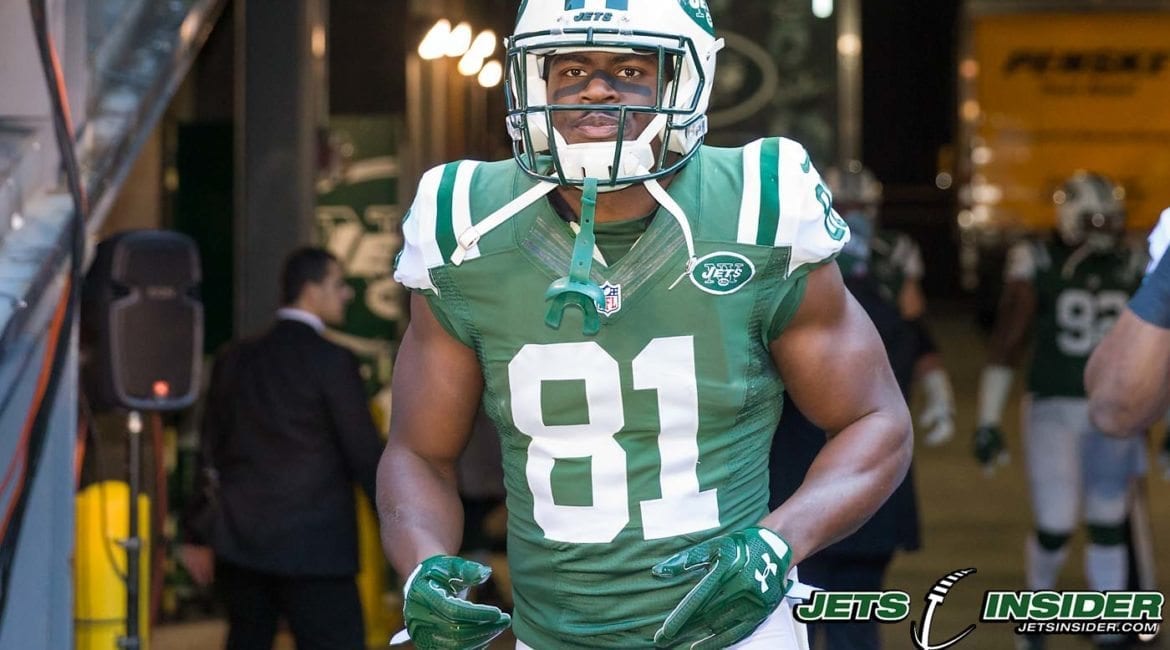 Florham Park, NJ – It’s not like many fans had high hopes for this season, but even for the ones that still managed to stay optimistic have to lower their expectations now. The Jets already had an incredibly young, inexperienced and unproven receiver core and now they literally don’t have single proven receiver because Quincy Enunwa will miss the season with a bulging disk in his neck.

Enunwa had originally hurt his neck earlier in the offseason, but appeared to have gotten better, he then tweaked it again during Saturday night’s practice at Met Life Stadium even before he dropped to the ground in pain. Todd Bowles said Enunwa will have surgery and is expected to be out for six-to-nine months, but the injury is not considered to threaten his career.

Enunwa was slated to be the Jets number one receiver, with a ton of question marks about who the number two receiver would be but now the entire receiving core is one giant question mark. Robby Anderson is most likely the best receiver on the team right now, but it’s an awful lot to ask of him to go up against the opposing team’s top corner every week. We know Anderson has the speed, but is he a complete enough receiver to handle that responsibility? Can he be physical enough to handle that?

After Anderson it gets even dicier, next up is Jalin Marshall (who will miss the first four games of the season due to suspension) and Charone Peake. Both have talent and potential to be solid receivers but are either really ready for a starting role? Rookies ArDarius Stewart and Chad Hansen are talented receivers, who one day could certainly turn into strong contributors but they are still rookies and even if they had a stable quarterback situation to help them it would be doubtful that they could make a serious impact immediately.

Then there’s Lucky Whitehead, he’s looked okay as a receiver in camp so far but he’s a return guy. Chris Harper has had an impressive camp, most of that work has come against the third-team defense though. Gabe Marks, Frankie Hammond, Marquess Wilson, Myles White, Design Foxx? Yeah, that’s not going to cut it. Devin Smith is back on the team but he’s still not able to practice due to his injury situation so it’s hard to bank on him.

This will undoubtedly mean whoever the quarterback is will have to lean even more on Austin Seferian-Jenkins and the running backs. The Jets will likely have to run more two-tight end sets than they were originally planning on, but asides from Seferian-Jenkins there’s not a lot of reliability in that group either. The Jets offense was always going to struggle, losing Enunwa is probably the worst single thing that could have happened to this offense. At least young players will get plenty of reps to hopefully help them develop for the future, that’s about the biggest silver lining you can hope for at this point.