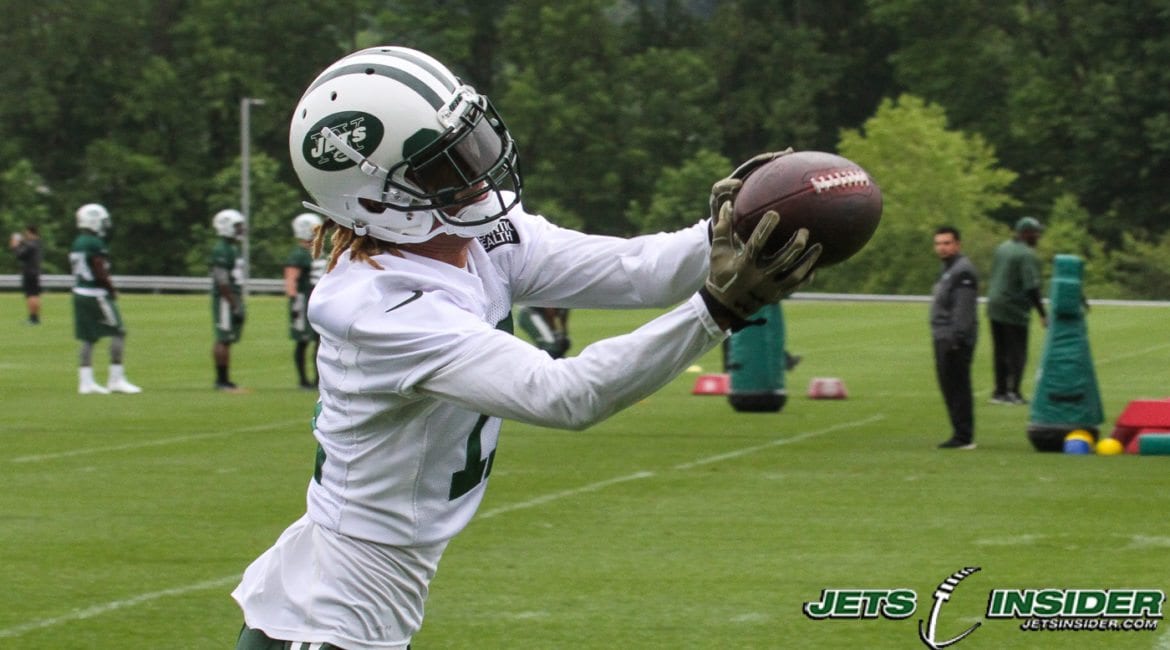 FLORHAM PARK, NJ – –Day one of Jets mini camp wrapped up today. It was an opportunity for Jets players and rookies to get familiar with Todd Bowles’ offensive and defensive system. It was also an opportunity for unsigned players such as Denard Robinson and Dexter McCluster to get an invite to training camp. Here are the three things that stood out at mini-camp:

With the release of veteran linebacker and second-highest Jets player in career tackles David Harris, there were questions of how the defense would perform. While Demario Davis gets acclimated to the line-backing core that has changed since his departure following the 2015 season, the defensive linemen and cornerbacks are doing alright. Claiborne gave receivers that lined up against him nightmares. He tallied multiple deflections and forced incompletions. If that isn’t enough, he also tallied an interception. While it may be some time before training camp, Claiborne is already looking good.

It wasn’t just Claiborne making outstanding plays during mini-camp. Muhammad Wilkerson also played great defense, but not the way you would think. During drills, McCown attempted to hit a receiver on a drag route, but the ball never got to the receiver. Wilkerson leaped up high enough, and not only got a touch on the ball, he caught the ball into his hands and ran it down the field. A few plays following the interception, McCown congratulated the defensive lineman on his interception, calling it “crazy”.

Eric Decker was released from the Jets yesterday. That also met many questions in terms of where the team is heading. Quincy Enunwa is projected to be the top receiver heading into training camp, but who is likely to fill the number two? There aren’t a shortage of receivers on the roster, but the one who put in a solid performance today was Jalin Marshall. Marshall tallied double-digit receptions and was the most consistent receiver behind Enunwa. If Marshall isn’t projected to be the No. 2  receiver, he certainly has to be close.

A receiver’s strong performance isn’t without one from a quarterback. Bowles is splitting snaps between Christian Hackenberg, Josh McCown, and Bryce Petty as he tries to figure out the depth chart for the three singal-callers. Hackenberg had one of his best performances during off-season practice. A majority of his passes were to receivers that ran short routes, which has been a struggle for him. However, fans wouldn’t know that by watching him during practice. Hackenberg was confident in his throws, he planted his feet to make more accurate passes, and receivers caught the ball, which boosts Hackenberg’s confidence even more. As it stands, McCown is projected to be the No. 1 quarterback heading into training camp, but Hackenberg and Petty are not far behind him.

The Jets continue mini camp on Wednesday, check back to JetsInsider.com often for all the latest updates!

Jets Fall 31 12 To Jags Lose Third Consecutive Game,We Interrupt This Delay,The Morning After Report Late Edition,Landry Is A Safety Upgrade But Doesnt Fix Coverage Issues,Pennington For Qb,Jets Look Confused In 29 14 Loss,Darrelle Revis Out For Season With Torn Acl,You Have Questions I Have Answers,Getting To Know Joe Douglas,Sanchez Vs Stafford The Battle Of Second Year Qbs