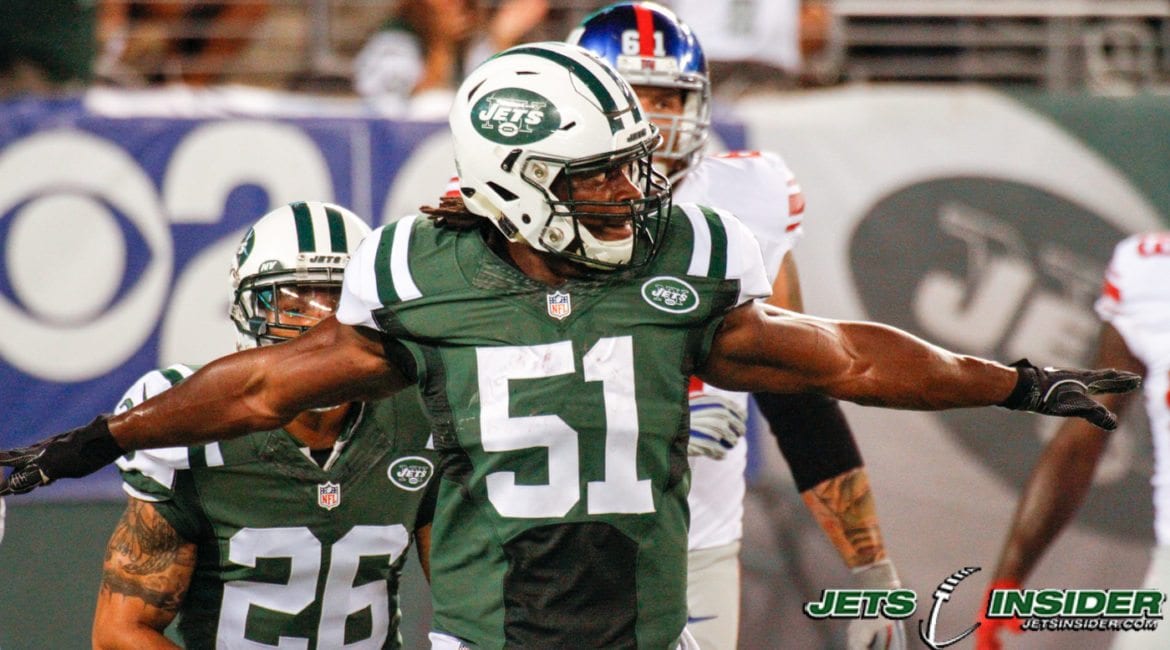 Some local flare is back in green and white.

No, you aren’t hallucinating. Stanford was originally cut on Friday; it was a procedural move for players on the Injured Reserve. According to Rich Cimini, the plan was to have him signed all along despite being released on his wedding day.

Last season, the linebacker turned some heads in the preseason and showed flashes of being a strong asset to the defense and special teams unit. In nine games with New York, Stanford started three times – against the Browns, Dolphins and Rams – when rookie LB Darron Lee was injured. He later landed on the Injured Reserve with three games left in the regular season.

In 2016, the 4th-year linebacker had 28 tackles. He compiled seven combined tackles in last year’s home victory against the Ravens and six combined a week earlier in Cleveland. In total, Stanford played 244 snaps on defense and 169 more on special teams.

To sum, Stanford displayed promise of being a good linebacker for New York before falling back to earth. With that said, the 26-year-old has slight upside in his game with speed and strength.

Stanford is a player to keep an eye on in 2017. He’ll get some time at linebacker to give Lee or veteran David Harris some rest in the middle of the field. But, the bulk of Stanford’s playing time will come on special teams – a unit that has struggled since Mike Westhoff retired from the organization in 2012. Look at this move as strictly for depth purposes. The Jets had many injuries in 2016 so they’ll need more depth all around the field this season.