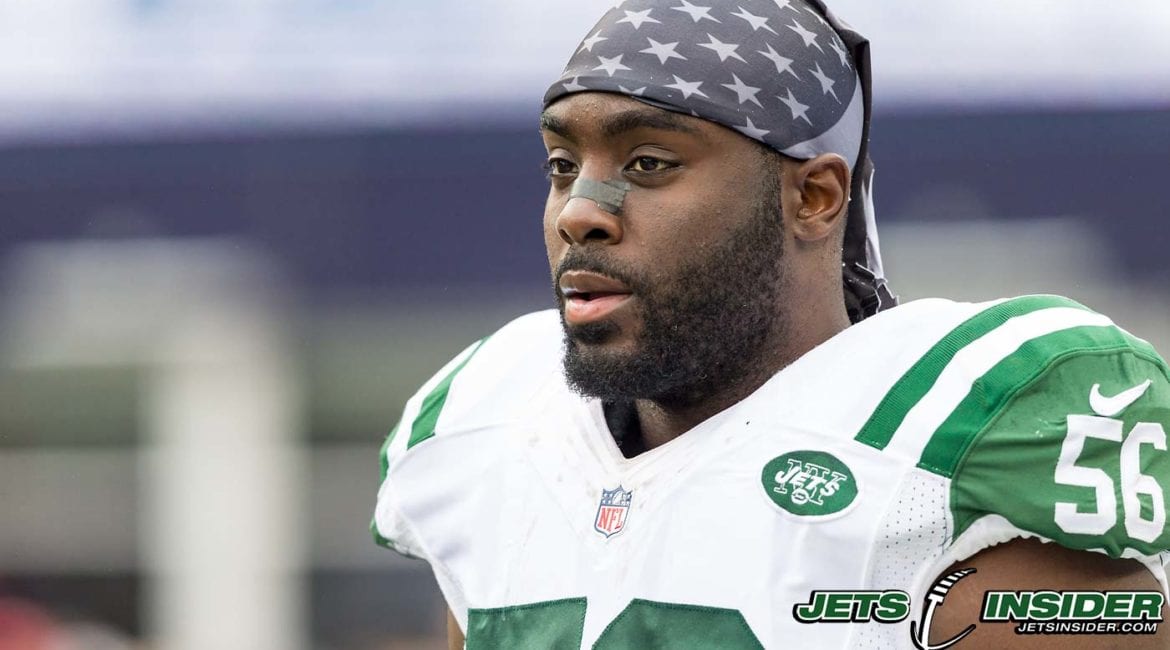 Just days after Todd Bowles tried to assure the media that the fact that Calvin Pryor was practicing with the second and third teams didn’t mean anything the Jets traded Pryor to the Cleveland Browns. In return the Jets get a familiar face in Demario Davis.

The writing was on the wall for Pryor, who declined to speak to reporters on Tuesday, as soon as the Jets drafted Marcus Maye in the second-round of the draft as rumors immediately started popping up about Pryor being shopped by the team. Now they finally found a willing recipient in the Browns.

Davis, of course, was a former third-round pick of the Jets who was unfairly hyped by then coach Rex Ryan. Ryan lauded Davis’ leadership abilities, and players did love, respect and listen to him, but he went too far by comparing Davis to Ray Lewis. What Ryan said and meant wasn’t a big deal, he was strictly comparing the two linebackers leadership and passion, but fans are fans and the media is media so the second Ryan said that anything less than a Ray Lewis like career, on the field only, was going to be a disappointment.

Davis had, and still has, tremendous speed and if he can harness that speed and not overrun plays or take himself out of position he could have value to this team. At the very least he could be an excellent player on special teams. The Browns will get Pryor and see if they can get him back to playing like it’s 2015 again, when it really looked like Pryor had it all figured out and was ready to become a really good safety in this league now we are all left trying to figure out and explain the dramatic drop off in his game. But the Browns will take a chance that they can pair him with rookie safety Jabrill Peppers and fixed whatever broke in Pryor’s game.

For the Jets this move is mostly about getting rid of Pryor and saving money. Davis isn’t a lock to make the roster, after all they let him walk last offseason, but he could provide solid depth at middle linebacker, this move has nothing to do with Darron Lee, and contribute on special teams. The obvious win in this trade is the Jets saved just under $2 million against the cap by trading a player they were going to cut anyway for a player who might be able to contribute, or might not but either way he’ll cost less money.

Jets Focused On Improving Passing Game,Falcons 10 Jets 7 The Knockout Blow,Holmes Will Be Key Against Ravens,Cromartie Will Play Sunday,New York Jets Celebrate Their All Time Team W,How The Jets And Pats Have Grown Since Week Two,Marco Meglio Author,Building Off Early Returns,Panic Or Patience Week 4 Assessment For Gang Green,Lt Adds Options To Jets Offense