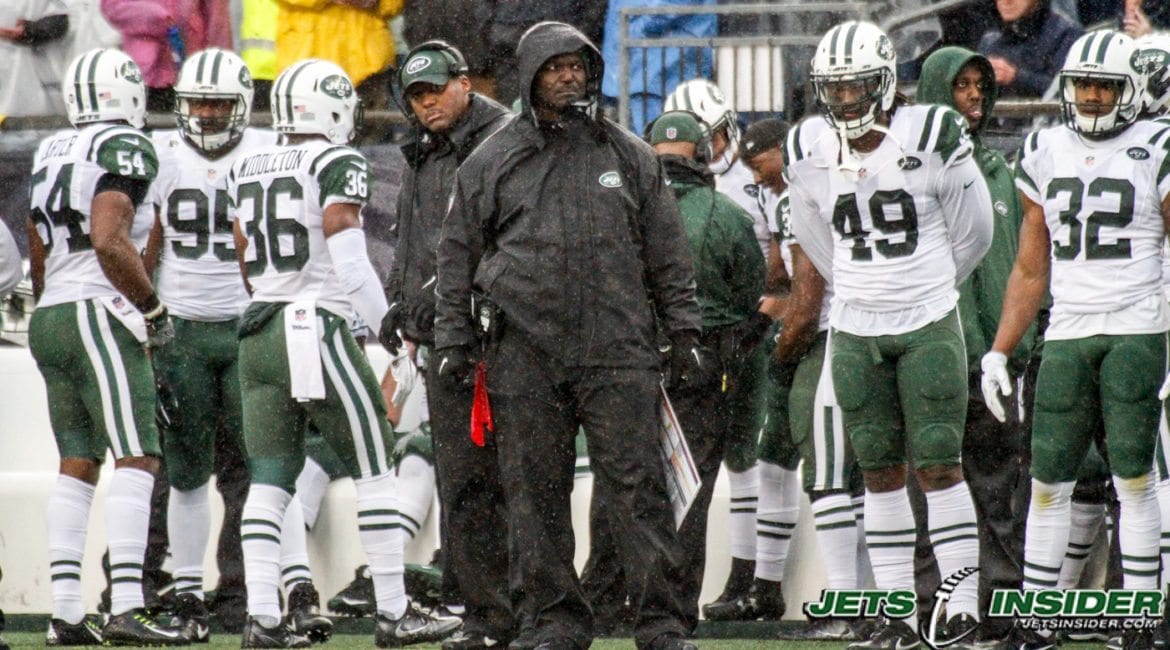 Sometimes the greatest test for a young unit is to play the greatest opponent of their generation. That comes to fruition on Sunday when the young New York Jets defense looks to prove themselves against Tom Brady and the defending Super Bowl Champion Patriots. The average age of the Jets starting defense is 25 years old. The unit has only one player over the age of 30. While the defense has looked sharp through the Jets three game winning streak, they have to deal with an entirely different monster at MetLife Sunday.

The loss of Julian Edelman has done nothing to limit Tom Brady”s statistics through the first five games of the season. With a porous defense and leaky offensive line, Tom Brady continues to show why he is one of the greatest quarterbacks in NFL History. Through five games, Brady has completed 68 percent of his passes. The 40 year-old has 11 touchdown passes to only one interception. Brady’s numbers at such an old age is no surprise to Jets Head Coach, Todd Bowles.

“Brady will probably be playing after I am long retired at the rate he’s going right now.”

While Tom Brady is putting up video game numbers for yet another NFL season, he has a plethora of talent around him at the skill position. The Patriots have five different pass catchers with over 200 yards receiving. Four of those receivers have over 20 catches. Coach Bowles knows the issue with trying to guard so many weapons on New England’s offense.

“Well, it’s hard because you cant get a beat on them. All of them can do everything. It’s not like one is a catcher, one is a runner, one is a blocker. They all can do all phases of the offense, so it makes it tough on you and they all have a different skill set. But they’re similar in what they do, but they all have different skill sets that set them apart that they use very well.”

The Jets defense has looked solid during their three game winning streak. Between the Dolphins, Browns and Jaguars, the Jets have given up an average of 13 points per game. Even with low sack numbers, Todd Bowles still sees the pressure that is generating from the front seven.

“Yes, the quarterbacks are getting hit. The sack numbers aren’t there, but the turnovers are, and I’ll take turnovers over sacks any day.”

For the Jets, interior pressure will be key to get an edge on the future Hall-of-Famer. The Patriots offensive line has been very inconsistent to start the season. According to Pro Football Focus the Patriots o-line has given up 11 sacks, 17 quarterback hits and 77 total pressures this season. Brady has averaging 3.35 seconds per attempt to be sacked. With the key so evidently clear, Bowles knows it will be very difficult to confuse Tom Brady.

“It’s a challenge because he’s seen everything, so there’s nothing you’re going to do that’s going to surprise him. (We) just have to be sound and play football – hopefully make some plays on the back end. He’s a great football player.”

If the Jets have any hope against the powerful world champions, it will have to be because of their young defense making plays against Brady and the Pats.