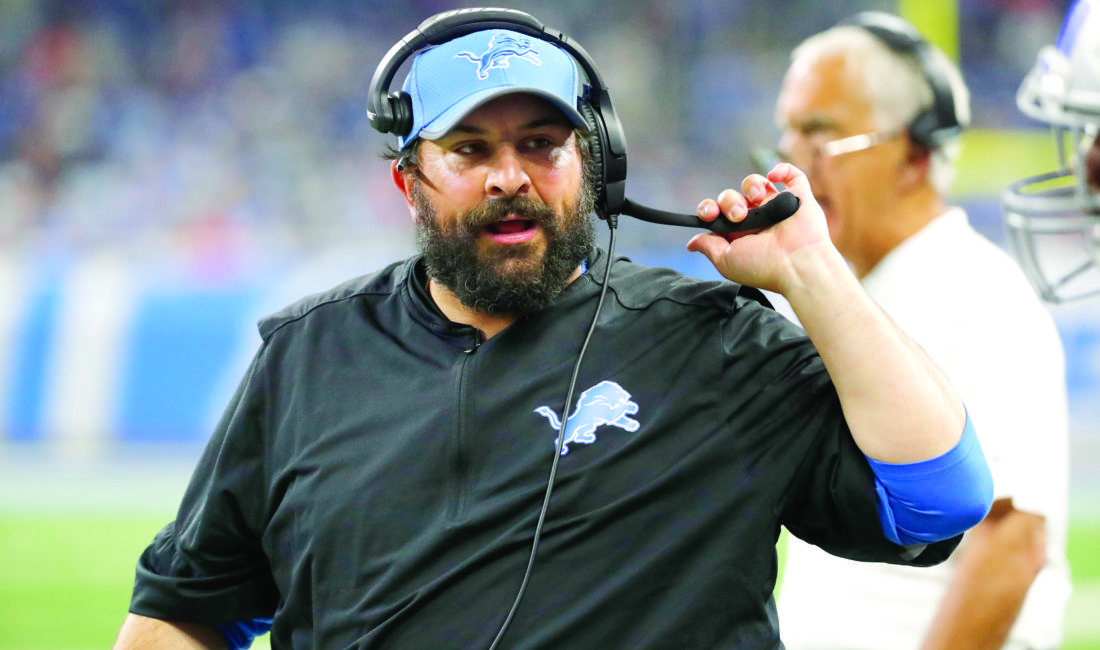 The New York Jets kick off the 2018 season Monday night against the Detroit Lions. The Lions are fresh off a 9-7 season where they barely missed the playoffs after a week 16 loss at Cincinnati. This will be the first game as head coach for long time Patriots defensive coordinator Matt Patricia. ESPN has coverage of the game, kickoff is at 7:10.

Notable: Matt Patricia was with the Patriots since 2004

JETS RUN GAME: The Jets finished 19th in rushing yards, and they hope to improve on that in 2018. With Spencer Long replacing Wesley Johnson at center, and Brian Winters being healthy this year. Isaiah Crowell and Bilal Powell are also healthy and ready to go, and offer a diverse skill-set to keep the defense on their toes. Crowell prefers to run right over defenders, while Powell is a finesse back, who also has the capability to run people over. If the Jets can move the ball on the ground and limit the amount of drives Matt Stafford has, the better the chance they have to win.

SAM DARNOLD’S FIRST START: Darnold’s first career start will come on Monday Night Football in front of all of America. Darnold has never been known to lose his poise, but this is a test like no other he has faced. He has undoubtedly done his due-diligence to prepare for the Lions, but can anything really prepare you for facing off against NFL defenders? Darnold will have a chance to strut his stuff in green and white for the first time with everyone watching- hopefully he can continue to keep his cool.

PENALTIES: The Jets had 119 penalties last year, good for ninth most in the NFL, and were not better in the preseason, as they were flagged 27 times through the first three games. Buster Skrine will see a lesser role in 2018, which should lighten the load on the defensive end, and Brian Winters is now recovered from his abdominal injury, and those were the leaders in penalties last year with 11 and eight respectively.

THE PICK: Jets 20, Lions 17- Although Patricia has been the defensive coordinator for the Patriots since 2004, he has not seen this Jeremy Bates led offense, and Darnold has yet to play an NFL game. The two teams only play each other every four years, and the 2018 edition features two fairly matched teams. The edge goes to the Jets because their defense has the ability to shut-down the Lions offense, while the Jets offense should be able to find some room in the run game and possibly in the pass game if they can get the right protection.