Make no mistake, Jets will compete until Week 17 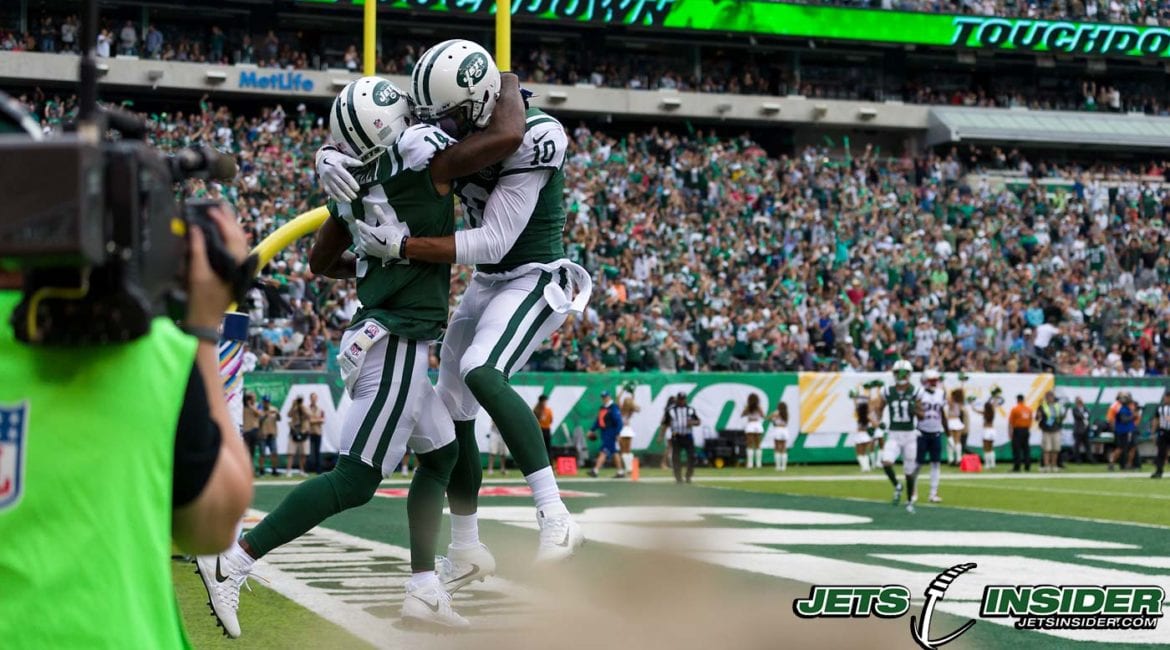 How could a team “devoid of talent” play competitive football every week for the majority of a game? How could the “worst constructed roster in a decade” match up head-to-head with the some of the deepest lineups in the league? It’s simple. This is the NFL. Games are played on the field, not on paper. It doesn’t matter if you’re favored by 40 or underdogs by 30. The old adage goes: “Any given Sunday.” How else could you explain a winless New York Giants team beating a dominant Denver Broncos team last week?

We’ve all been wrong. You can try to convince everyone you knew the Jets would be this competitive but good luck having one person believe you. Admit it, you had no idea this would happen.

The fact is, the Jets are not “devoid of talent.” In fact, the talent is very much apparent, albeit, young and inexperienced. Many “experts” mistook that youthful spunkiness with the equivalent production of overpaid, overrated and underperforming athletes. No, that does not describe these Jets. This group of men has a reason to play every Sunday – for each other.

“I have expectations of the standard of which we’re going to play at [every week],” tight end Austin Seferian-Jenkins said. “The rest of [the outside noise] doesn’t mean anything to me.”

By now, you know what articles were written. You are probably like your favorite Jet – posting up negative articles on your wall like they do in their locker. After all the negative noise surrounding the green and white in the offseason, all the team had were themselves. Head coach Todd Bowles preached unity. That’s the collective make up of this group.

“People said we were going to be 0-16 but inside we knew we weren’t going to go 0-16,” cornerback Buster Skrine said. “So, it is a little push of motivation.”

So, yes, maybe we don’t know what truly goes on behind the scenes. Maybe we struggle to measure the unmeasurable – heart. Make no mistake, this Jets team has a ton of it. It’s a good trait to have and build from. They’ll fight for four quarters, even if the opponent is supposedly better on paper. That was the case on Sunday against the Patriots. New England is better but critics severely underestimated the Jets performance against Brady and Co. Like they did at MetLife several days ago, the Jets will compete for the remainder of the season.

At 3-3, New York is in good position to make things interesting as the winter approaches. While the possibility to lose the final 10 games is still there, you’d be wrong to think they won’t be in at least half, if not all, of the remaining contests. They played the Patriots tough. Rewind a few weeks and you’ll see a competitive first half against Derek Carr and the then-strong Oakland Raiders. If you take a look around the league, you’ll notice one thing: parity. Parity works in the Jets favor if they even want to dream about the “p” word. With eight AFC teams at 3-2 or 3-3 and still plenty of interconference matchups yet to take place, it may only take nine wins to achieve that dream.

Until then, it is only a dream and nothing else. The Jets are better than everyone thought they were but still have a grocery list of issues to correct, namely the drive-crippling penalties, lack of a pass rush and ineffective running game. New York will be in every game for the remainder of the season. They may steal a few extra wins as well. If they continue to show heart, which they have, it’ll be an entertaining winter.

Oh, one final thought. It seems to be the year of the underdog in New York sports. The young Yankees continue a deep playoff run while the Mets are at home. The young Devils are off to a strong start while the Rangers and Islanders are sputtering out of the gate. The young Jets are 3-3 while the veteran Giants are 1-5. These teams have one thing in common: youth playing with passion.

Joe Barone is a staff writer for JetsInsider.com. He can be reached on Twitter (@28Joebarone) or via email (joebarone28@gmail.com).

Jets 0 2 At Patriots 2 0,Best Targets Left On The Market For The Jets,Patriots To Honor Top Receiver,Enunwas Role Grows But He Still Just Wants To Play,Harbaugh To Remain At Stanford,Lucky Jets Fan To Announce Jets 2011 Fourth Round Pick,Wr Courtney Smith Looks The Part But Can He Be The Part,Unfinished Business,Sanchez Vs New England Patriots,Battle Testing In Progress