New York Jets Had Better Be Right with Adam Gase 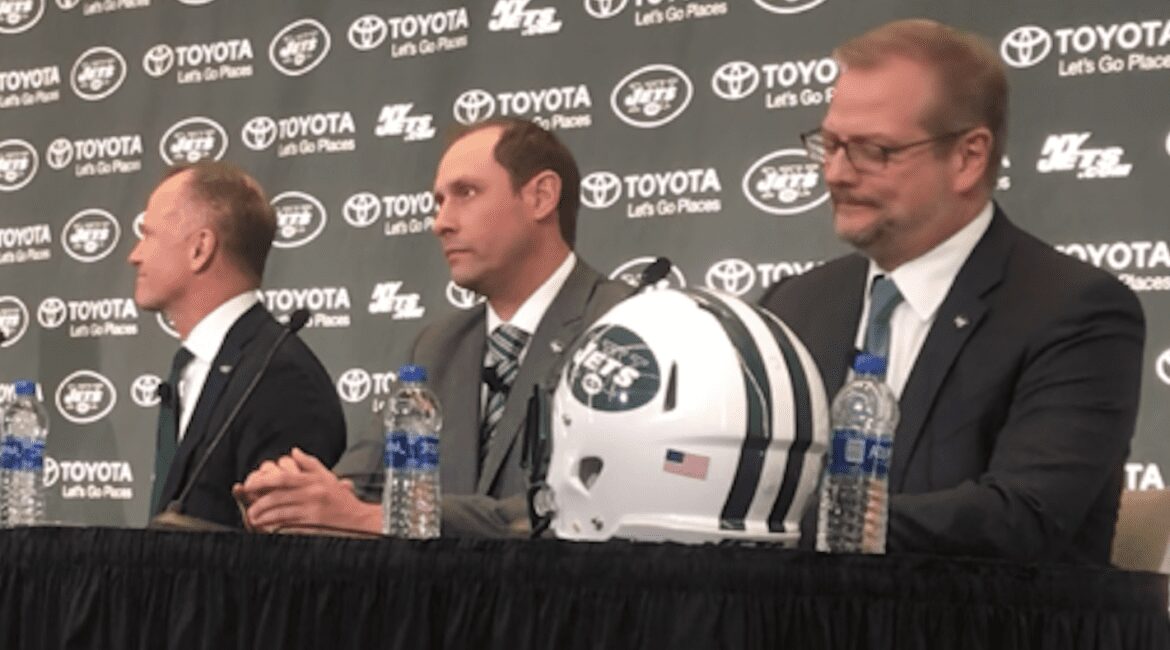 Well this group has changed over the last couple of days, has it not? We are almost two days removed from the decision that brought the New York Jets back onto the sports pages in big letters. For anyone who may have somehow missed it, our leader, Christopher Nimbley and I outlined the decision to fire Mike Maccagnan and make coach Adam Gase the interim general manager.

From the day the season ended, I was on the side of firing Mike Maccagnan along with Todd Bowles. When that didn’t happen, I reluctantly accepted that he would be around for another year.

Is it ultimately the right thing that Maccagnan is gone? Probably. However, the Jets still showed their legendary incompetence by the way it was handled. Nearly two days afterwards, my frustration has not lessened a bit.

We have the obvious to start. The fact that they kept Maccagnan around, allowed him to hire a coach, spend of $100 million of their money and run the draft before telling him to hit the bricks. It’s almost as if they used him and then dumped him like they were ending a relationship with a significant other that they didn’t like any more but could get them a discount at Saks Fifth Avenue.

OK, that might have been a plot from The King of Queens but you understand the point.

Now, have a look at what NFL reporter Josina Anderson posted on Twitter:

AFC league source on timing of firing of #Jets GM "It's hard to blow up your personnel department before the Draft because they've done all the preparation & work…That's why you see most personnel moves made after the Draft. You fire coaches after the season & GMs after Draft."

Now what she says makes sense. No team is going to fire the general manager after they have done all of the work. However, I make two points here. The first is the fact that you don’t see firings right after the draft that often. John Dorsey was a more prominent recent example, but it isn’t something that occurs that often.

The second has to do with motivation. I would want to ask that AFC source if the general manager should be fired after having a pretty good offseason. That would likely give a completely different answer.

Now, did he make mistakes? Sure. Maccagnan never addressed the center position and went back to his old habits with the choices he made on day three. But let’s be honest folks. He signed two of the more talented players ever to wear the uniform in Le’Veon Bell and C.J. Mosley. He added a potentially great fit in Jamison Crowder. His first choice in the draft was a potential game changer in Quinnen Williams and his second was a potential sleeper in Jachai Polite.

Maccagnan stayed after selecting Christian Hackenberg, Lorenzo Mauldin, Devin Smith and countless others. Did he get fired now because someone didn’t approve of Blake Cashman? Heck no.

They are giving power, and the immediate future of the franchise to a guy that has done nothing to deserve such responsibility.

Adam Gase is 23-25 as a head coach. He earned a reputation for rubbing players the wrong way, and we do know he got into it with ownership. Having control of the roster, he never exactly brought back any memories of the 1972 or 1984 Dolphins. These teams in Miami weren’t exactly powerhouses under Gase’s leadership.

This is the guy that the Jets are entrusting with their immediate future? The question is why?

But, he’s a quarterback whisperer, right? Well, the evidence must be in disappearing ink. Ryan Tannehill is no longer a starting quarterback, Jay Cutler played one year with Adam and went back to retirement, and Peyton Manning ran his own offense successfully.

I understand that he is friends with Peyton Manning, but that means absolutely nothing. There is simply no empirical evidence that Adam Gase is any kind of whisperer, quarterback or otherwise. It just isn’t.

So the Jets have handed the keys to a coach that has no resume and done nothing to deserve it. Frankly, he is already working on alienating players such as Bell and Mosley. Since he wasn’t the general manager at the time, I didn’t think it was the coach’s business how much was spent on the players, but that is just one man’s opinion.

The bottom line is this is all on Gase now. The Jets had better be right about this. If they win none of it matters. If they don’t, this could all unravel very quickly.