JetsInsider.com > News > Blogs > Report: Decker Next On the Chopping Block

Report: Decker Next On the Chopping Block 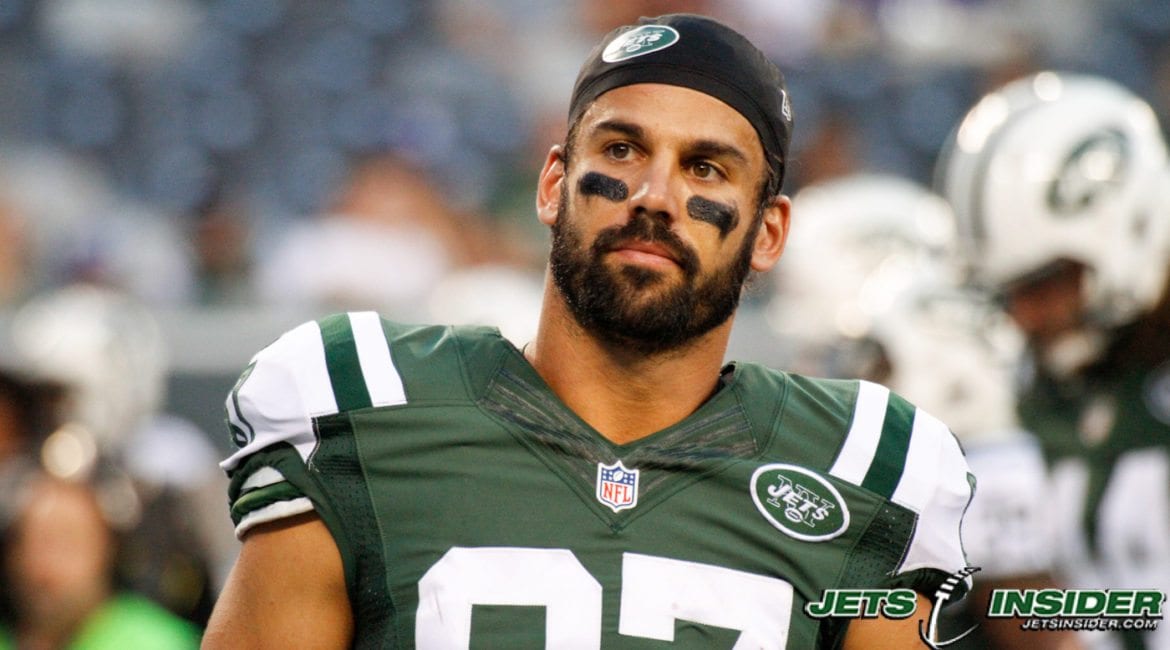 Florham Park, NJ – Go ahead, try and argue that the Jets aren’t tanking this season. Hours after the Jets abruptly, and rudely, cut their longest tenured veteran and future Ring of Honor member comes the news that the team will also trade or release Eric Decker.

If a few months ago you had asked any Jets beat reporter if they would have been surprised if the Jets cut Harris and/or Decker it’s doubtful that you could have found one that would have said yes, but to say that both moves being announced today is surprising would be one hell of an understatement.

The timing is just weird. It makes more sense with Decker since he has been getting healthy from two different offseason surgeries and clearly the Jets wanted him to be healthy so they could try and trade him, but it’s impossible to look at these moves as anything other than a move to save money.

Of course the Jets weren’t winning anything of importance with Harris and Decker this year, but it’s impossible to argue that the Jets will be a better football team without these two players. Harris has never been good in coverage, and that only becomes more apparent as offenses lean more on the passing game, and he’s become even more of a liability over the past few years. He’s a textbook two-down linebacker at this point in his career, but those two downs and his ability to stop the run are pretty important since the Jets don’t have any inside linebackers that they can trust to be a run-stopper. Sure they drafted Darron Lee in the first-round last year, but he’s not big or physical enough to be an effective run-stopper. And yes, they got Demario Davis back for trading Calvin Pryor to the Browns but it was just over a year ago that they let Davis walk in free agency and he certainly can’t be the run-stopper that Harris is even at this late stage of his career.

The Decker decision makes sense only if you’re willing to acknowledge that this season is strictly about developing young players, saving money and securing a top draft pick in next year’s draft. Quincy Enunwa had a great season last year and there’s no reason to think he can’t continue to improve, but a healthy Decker would still be the most reliable receiver on the roster. Now the Jets will have Enunwa and Robby Anderson as their top two receivers, so whoever ends up playing quarterback on any given week doesn’t even seem to matter at this point. Which leads to the most perplexing part of all of this, why even bother signing Josh McCown?

McCown will be 38-years-old in less than a month, we know what McCown is and he’s obviously not the future. Christian Hackenberg and Bryce Petty probably aren’t the future either, but why sign a soon to be 38-year-old quarterback when you’re clearly more worried about saving money than racking up wins? When Todd Bowles eventually decides that they will start McCown because “he gives us the best chance to win,” it’s going to be next to impossible for the beat writers to not roll their eyes right out of their sockets. Then when Hackenberg finally gets a shot to start, because of course he will, it’s going to be tough to give him a proper evaluation with such an inexperienced group of receivers.

This all smells like Woody Johnson deciding to save some money. Again, not because these moves were made but because of when they were made. Johnson clearly realized this season wasn’t going to produce a winner and decided to start pinching pennies. Which, again, isn’t even a bad idea but the timing is not a good look. Not when both players are practicing in voluntary workouts and not when both players still hold value not only on the field but off the field as leaders.

Now the Jets have an entire linebacker core of unproven players, and one that proved management didn’t want a year ago, and a receiving unit filled with one player with more than a year of experience. Anderson, Jalin Marshall and Charone Peake were all rookies last year and the Jets drafted ArDarius Stewart and Chad Hansen this year. All of those guys are talented and have potential but you can’t count on a single one of them to lead this unit, not even Enunwa and especially not with these quarterbacks.

In the end these perplexing moves could actually be the best thing for the future of the Jets. Save that cap money, lose a bunch of games this year and collect a high draft pick to draft a quarterback then start spending that cap space, but don’t for a second do anything but fall on the ground laughing any time you hear anyone mutter the words “best chance to win.”

It Was All Yellow,Jets Lose To Dolphins 13 6 Its Officially Headrolling Time,Jets Stun Bucs 18 17 In Final Seconds,Preview Dallas Cowboys 0 0 Ny Jets 0 0,How The Jets And Pats Have Grown Since Week Two,Rex Wont Give Up On Top 5 Defense,Jets Cleared For Take Off At Mini Camp,Tuesday Camp Report The Specialist,A Sanchez State Of Mind,Another Substance Suspension For The Jets