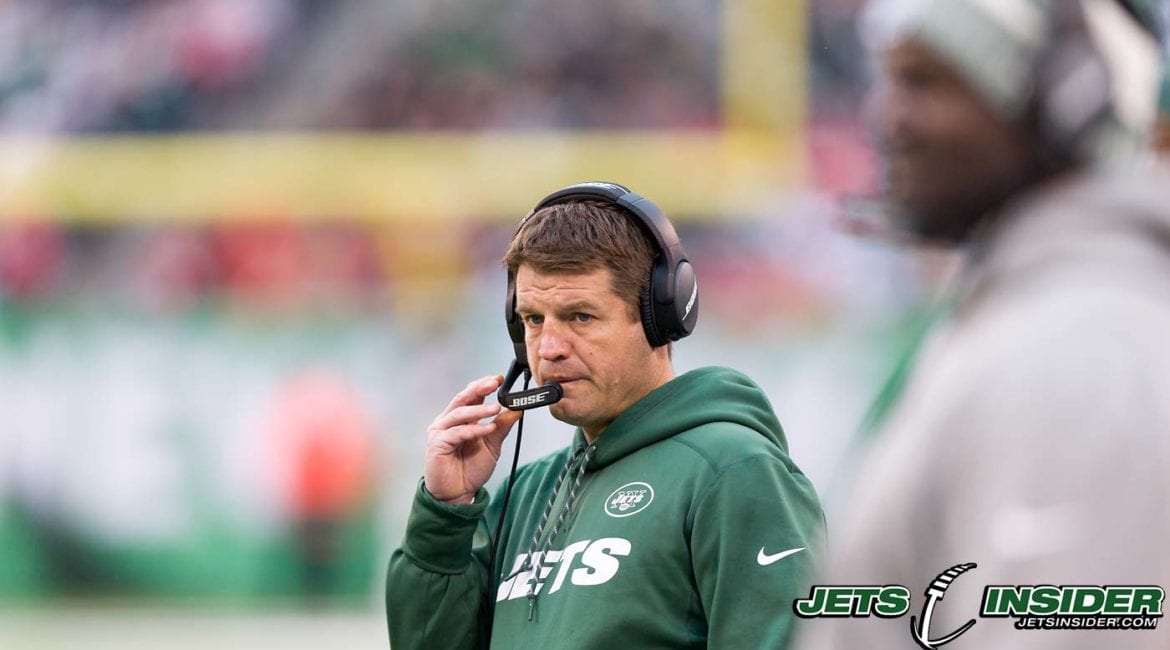 After firing John Morton as the offensive coordinator the Jets have reportedly convinced quarterbacks coach Jeremy Bates to take the promotion and replace Morton. ESPN’s Adam Schefter was the first to report the news with multiple outlets confirming.

The 41-year-old Bates has limited experience as a coordinator, he was the Seattle Seahawks coordinator under Pete Carroll – but before Russell Wilson – in 2010. The highlight of Bates resume was his time in Denver in 2008 coaching under Mike Shanahan and coaching Jay Cutler to the best season of his career. After Shanahan got fired and replaced by Josh McDaniels Cutler asked to be traded by the Broncos after McDaniels informed Cutler that Bates wouldn’t be retained. Bates went on to join Carroll’s staff at USC then followed him to Seattle for the year.

After that Bates spent a year away from football before rejoining Cutler in 2012 with the Bears for a year – Bates also worked with Josh McCown that season – then Bates took some more time away from football, four years away. Bates had been involved with football his entire life and at 36-years-old he felt he needed some time away from the game despite how highly thought of he was by the people who worked with him. Bates went on a five month hike along the Continental Divide Trail, hiking 3,000 miles by himself.

With Bates ready to make a return to football Todd Bowles gave him the chance and hired him to the quarterbacks coach, last year Bates and McCown reunited and McCown had the best season of his career under the coaching combination of Bates and Morton. Morton did a lot of good things as the coordinator – even if the stats were never particularly impressive – but the feeling in the building at One Jets Drive was that Bates was equally, if not more, responsible for the positive aspects of the game planning and he was on the same page as many of the players and other coaches who were often bumping heads with Morton.

Bates was reportedly hesitant to take the job when the idea of firing Morton first came up, but clearly Bowles managed to talk him into it. For Bates this is an opportunity to prove everyone right about him, to prove he is an excellent offensive mind and can succeed as an NFL coordinator. But as with all coaches whether or not he succeeds will largely depend on the players he has to coach and for him to succeed the Jets will absolutely have to make the correct decision at quarterback this offseason.