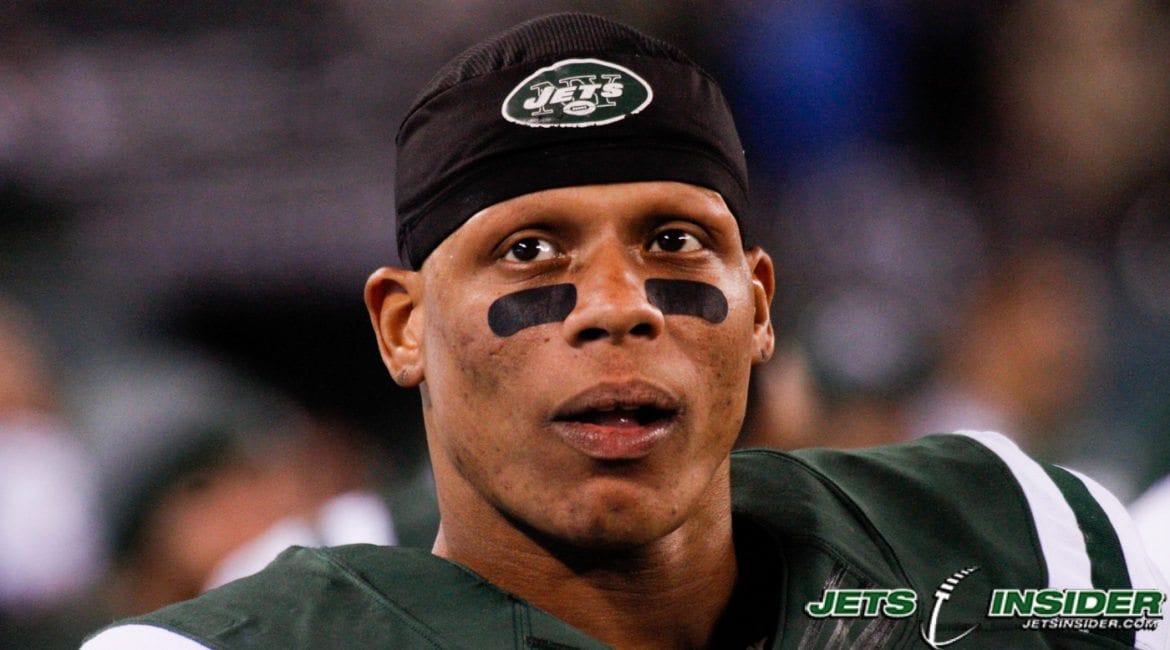 Florham Park, NJ – The longest tenured member of the New York Jets secondary could be heard from the parking lot of One Jets Drive during training camp. He could be heard barking jokes with a distinguishable laugh while creating nicknames that sometimes make you question the context behind them. Most noticeably, Rontez Miles can always be seen and heard providing motivational support to the rest of his defensive unit.

“That’s been me since I can remember,” said Miles. “It was actually something I never paid attention to, until I got to the pros. I’ve been that way because the coaches emphasize it and it brings people along.”

Tied for the eldest – at 28 – in a relatively young secondary, it is business as usual for Miles. His agenda come training camp: suit up, hit the field and improve, coach the young stars and – of course – provoke some wide receivers.

Miles is coming off his most productive season in green and white since signing as an undrafted free agent in 2013. The safety compiled 34 tackles while assisting on 23 more and forced three fumbles.

In his parting interview with JetsInsider in January, Miles said: “[2016] was the most I’ve learned so far. All four starts, I’ve seen something different I have never seen before. I learned more patience, I learned more communication, I just learned how to be a better pro.”

On Tuesday, Miles reflected on a season that shaped his career.

“I feel like I’ve definitely escalated since then,” said Miles. “I thought I was a professional. Take away the fact that I am, but now – it’s full effect. I feel it. I’m comfortable in the playbook. Of course, you’ll have your mistakes but they are small and can be corrected. The coaches do a good job in not letting us get off task.”

The excitement was evident. There has not been a season in Miles’ career that he is more excited for than 2017. This is a ‘prove it’ year for the safety after watching many of the peers he went to battle with over three seasons in New York get axed – including Marcus Gilchrist, Darrelle Revis and Calvin Pryor.

“It’s more shock in the fact that you’ve been to war with these guys for the last handful of years, but it’s change – sudden change,” said Miles. “It surprised me but it’s the business of the game. [Gilchrist, Revis and Pryor] were in every day working out and training. But, there’s a new person almost every day in camp. It’s the business of things.”

As players were dropping like flies from the Jets roster, Miles refused to let it effect his mental state. After three years in green and white, he learned the only thing he can control is what is in front of him. All the outside noise is just that: noise. The rest will handle itself.

It’s hard to not root for a Special Teams specialist and part-time safety with that type of mindset.

“Over the years, it became more noticeable. Players would come to me if I wasn’t talking much or having an off day and say ‘we need that energy, man, that’s going to wake me up.’ I realize how contagious it is,” admitted Miles. “I make a key effort to try to liven things up or scream or yell. Sometimes it takes a couple of screams or taps to the helmet or sometimes making a play and then celebrating to get that energy. I take that serious.”

The safety made it a point to explain that the NFL is about personality. It is all about breaking your shell. In the end, a player’s skill and talent level can be truly shown when he is comfortable in his own uniform. There is no reason to be timid; Miles knows that.

“Everyone had their own swagger and personality in their high school and college days. Then you get around the pros and pro coaches and some guys tend to shy away from who they really are,” said Miles. “That’s something I’ll never do. I’ll be myself to the day I die.”

He bleeds green and white. He is the glue that will hold this locker room together in 2017 through the good and bad times. There won’t be issues surrounding the makeup of this team. With Miles’ humor, in addition to Morris Claiborne and Buster Skrine’s ‘lead by example’ humble mantra, the two extremely gifted safeties New York selected in the opening two rounds of the NFL Draft are in good hands.

“They’re nice, man. They’ve got game. They’re ahead of their time,” said Miles. “They’re way ahead of me from when I came into the league. Just to see how far they’re coming each week, I’m excited to see how it all comes together. We’ve got some nice safeties.”

The sky is the limit for this group of Jets safeties. Those were Miles’ words. The coaches can take these players to the game but they can’t play the game for them.

“You don’t determine how good you’re going to be, off of how your roster looks. We see each other everyday, we know who we are,” said Miles. “We aren’t worried about that.”

His message to Jets fans: “Sit back, relax and enjoy the show!”

Joe Barone is a staff writer for JetsInsider.com. He can be reached on Twitter (@28JoeBarone).