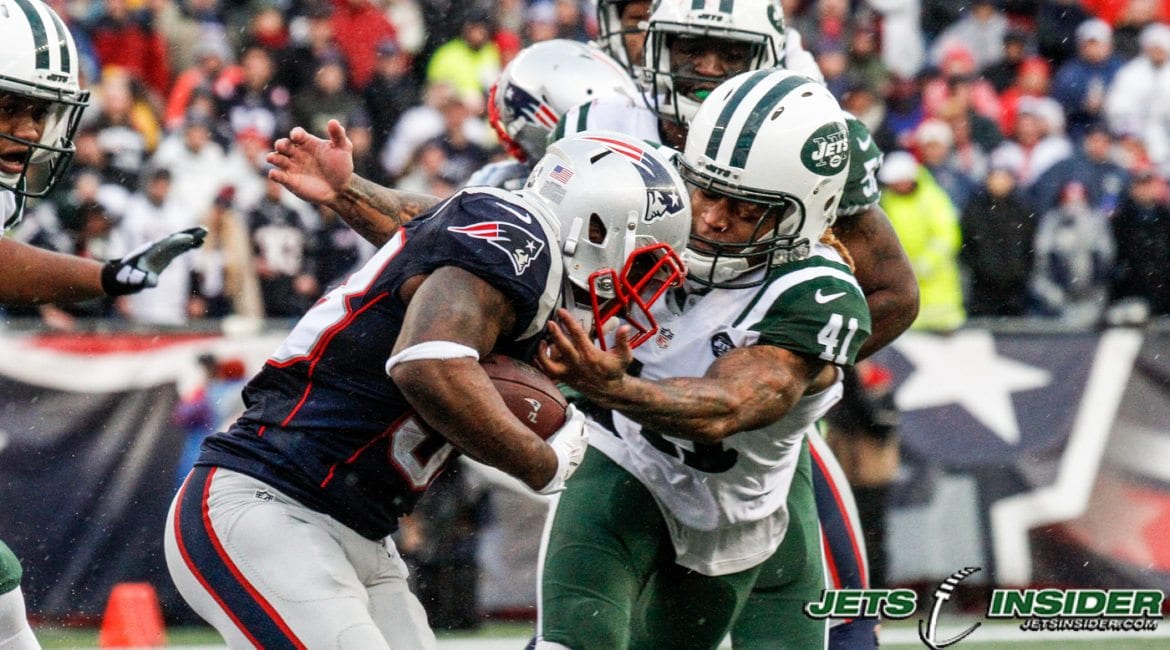 Florham Park, NJ: It’s that time once again. Sunday marks the end of the 2017 New York Jets regular season and the 58th in franchise history. For the 44th time, the Jets will not be playing in the postseason. But, strides were taken in 2017 and it’s only fitting to close the season against the New England Patriots on New Years Eve. New York will start fresh with a clean slate in 2018.

The last time these teams faced, the Jets entered the week with first place aspirations. After an Austin Seferian-Jenkins touchdown was overturned, the Patriots stole the game and never looked back. Though the Jets have been competitive in games since the shocker at MetLife, they dropped out of the playoff picture and now look to the upcoming draft for franchise altering answers.

The green and white visited New England last Christmas Eve and were hammered 41-3 in a game that saw Ryan Fitzpatrick complete 8-of-21 for 136 yards and two interceptions. Bryce Petty went 0-for-3 with an interception in relief.

Here’s what to watch for during the final game of the season:

Spoiler Alert: Though unlikely, the Jets could play spoilers for the final time this season in New England. The Patriots could lock up home field advantage throughout the playoffs with a victory on Sunday. The Jets had the chance to knock Los Angeles out of the race last week and failed, could they do put a damper on their division rival’s Super Bowl dream? This could also be the final game for Bryce Petty as QB of the NYJ (as well as other veterans). With news breaking on Friday that Bowles and general manager Mike Maccagnan’s future with the team is safe, a lot of players voiced their support. Will they play motivated?

Don’t Bet on Hack: If I were a betting man, I’d “always bet on black.” But, this Sunday, I’d avoid betting on Hack… Christian Hackenberg that is. Aside from Todd Bowles saying: “We’ll see,” when asked if Hackenberg would play one regular season snap in his first two seasons of his NFL career, there is no evidence suggesting a vote of confidence from the coach or management for the Penn State product. This is Bryce Petty’s game. It would take another brutal start from Petty or an injury to take Petty out of this game. You have to wonder though, if the Jets are out of this game by halftime and the Patriots put in their backups, shouldn’t Hackenberg enter?

Draft Stock: It took a long time, longer than you thought, but the tank continues and can only get better this week. Believe it or not, they can actually get a Top 5 pick in the upcoming draft.
Here’s how:

But if the Jets somehow shock the Patriots, there’s a chance they could fall as low as 11th, depending on how the rest of the games play out. Yikes.

Award-Winners: Plenty of team awards were handed out this week. Aside from watching the rookies play for the final time this season and seeing how much they’ve progressed, you should keep a keen eye on the award winners. Josh McCown will once again be on the sideline coaching the quarterbacks, he won the Curtis Martin Award for Team MVP and Kyle Clifton Award for being the “Good Guy;” Demario Davis and Steve McLendon shared the Dennis Byrd Award for Most Inspirational; Bryce Petty won the Marty Lyons Award for Community Service; Chad Hansen won the Bill Hampton Award for Most Professional Rookie and Lawrence Thomas won the Ed Block Award for Courage. Congratulations to them.

X-Factors: We’ll do one from each unit: Steve McLendon, Bilal Powell and Rontez Miles.

McLendon will have the task of pressuring Tom Brady and stuffing the Patriots running game. Powell will have to power his way to another strong performance on the ground to ease the pressure off Petty. Miles represents the Special Teams unit as a whole. This could also be his last game as a Jet (we all hope not). If so, tip your cap to an outstanding career with plenty of laughs to ‘Tez.

Do you need a score prediction? The Jets will be 5-11 for the second straight season and finish with the 6th or 7th pick in the draft. Not bad but don’t be surprised if they trade up. Josh Rosen anybody?

This will likely be the final time in a Jets uniform for Muhammad Wilkerson. It was fun while it lasted, no? A promising career from a hometown kid will end grossly.