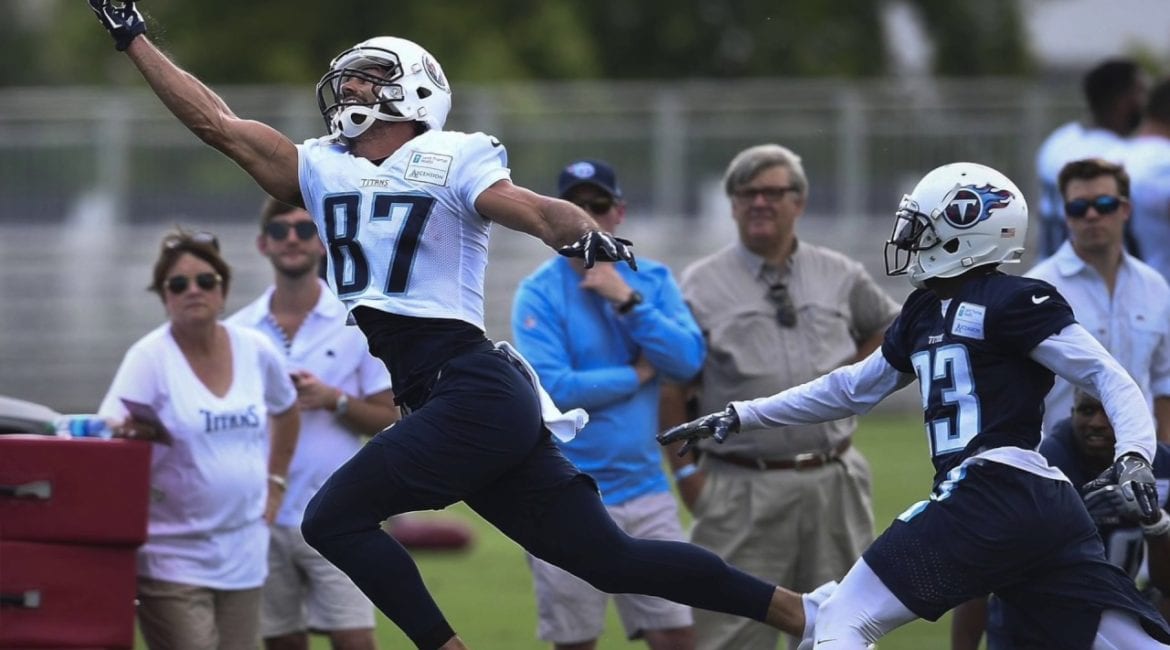 Florham Park, NJ – For the first time since January 1, the New York Jets will be taking the MetLife Stadium turf in a live game situation. If you recall, the green and white took down the Buffalo Bills, 30-10, for their first victory of the New Year. Essentially, you can say the Jets are undefeated in 2017.

After weeks of interceptions, dropped passes, trash-talking and season-ending injuries, it is time to get a look at the 2017 New York Jets. Are you ready? Let us answer this for you: you’re probably not. But, football is back, so buckle up and prepare for a turbulent ride. It will be fun, right?

The forecast calls for scattered thunderstorms, pack a poncho. Here is what to watch for during the game:

QB Merry-Go-Round: Is the starter Josh McCown or Christian Hackenberg? Are we forgetting Bryce Petty? While the thought is McCown will be the team’s Week One starter, we should get a good look into the mind of Todd Bowles on Saturday night even after he said this week: “You can interpret absolutely nothing.” While Bowles remains tight-lipped on his starter against the Titans, expect to see plenty of the two young signal callers – Hackenberg and Petty. If you decide to watch from your couch, play a game. Grab a notepad, pretend you are one of the journalists you follow on Twitter and chart every snap Hackenberg and Petty take. Give them a grade. Chances are the beat reporters won’t be wrong.

Receiving Reps: There is no more Brandon Marshall. There is no more Eric Decker (he’ll be on the other sideline). Quincy Enunwa is out for the season. The Jets number one receiver is now Robby Anderson with Jalin Marshall and Charone Peake behind him. They also have Deshon Foxx, Frankie Hammond, Chris Harper, Lucky Whitehead, Myles White and Marquess Wilson listed on the depth chart with the untested and unproven ArDarius Stewart, Chad Hansen and Gabe Marks. Saturday’s game will be about which young receiver will make a name for himself. Who will be the next preseason story of Victor Cruz? Harper (#3) and Hansen (#6) have stood out in training camp so far; keep an eye on them.

Safety First: Many fans should be excited about the two safeties New York drafted in April. Jamal Adams and Marcus Maye look like strong competitors that you want to build your defense around. The two are roommates and friends. Each day that passes in training camp, Adams becomes more of a vocal leader in the secondary while Maye enjoys flying under the radar. He will let his play do the rest of the talking. Either way, the Jets have two important pieces locked down in the secondary, which will be interesting to see in a live game situation on Saturday. They should be on every Jets fan’s radar this preseason.

Chef’s Specials: Special Teams have been a disastrous unit since Mike Westhoff retired from the organization. Brant Boyer seemed to infuse much needed energy and strength in the unit a year ago but they still had their struggles as the year went on. Lachlan Edwards had an impressive 2016 preseason and started the regular season just as strong, but finished with a dud. Nick Folk is no longer the kicker, which leaves a door wide open for Chandler Catanzaro or Ross Martin. Martin has the stronger leg but Catanzaro may have more accuracy. New York will likely be kicking many field goals in 2017 because finding the endzone may be difficult for an offense of this quality. Martin drilled 50+ yard field goals in the preseason one year ago. With Folk, he had no shot. Now, things can get interesting for the Duke product.

Let’s see what he can do. Anderson is coming off a season in which he played in all 16 contests while starting in eight. He caught 42 passes for 587 yards with two touchdowns. He is tall, lanky and has speed. Anderson is also Chad Johnson’s pupil in the classroom and on the field:

The Jets will be fine, Robby Anderson is the answer, any further questions please wait till the season starts his play will answer for me‼️

We will see plenty of Anderson with McCown, Hackenberg and Petty on Saturday and for the remainder of 2017. He is Saturday’s X-Factor.

Should we be making predictions for the first preseason game? Probably not. Nevertheless, Tennessee is the better team with the better quarterback and more offensive weapons including former Jets receiver – Eric Decker. Once the starters come out, the Jets will make things interesting because everyone will be on the same playing field and talent level. But, will anyone be there to witness it? If you are going, give Decker a nice ovation for that 2015 overtime winner, grab an ice-cold beverage with some Wingman Wings or Nachos Grande and try to enjoy the game. Sit back and enjoy it now – when the games do not count.

Jets Fall To The Raiders 34 24, Can New York Stand Up To The Bully, Three Observations Day 12, Second Half Energy Burst Propels Jets To Victory, Afc East From The Eyes Of The Oddsmakers, Watch Hackenberg After Day 1, Week 2 Game More Crucial Than You Might Think, Morning After Report 8